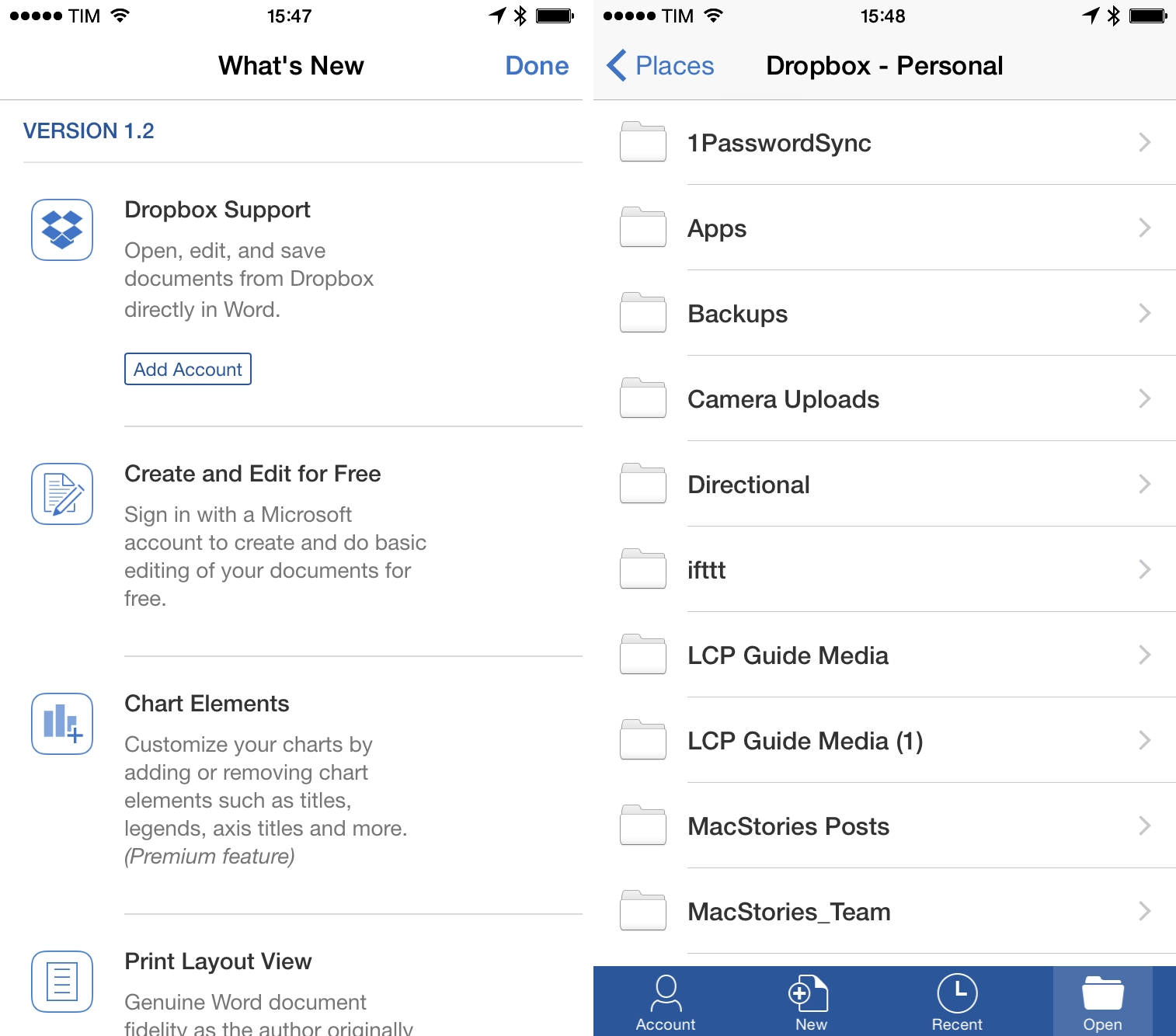 Following the news of Dropbox integration from earlier this week, Microsoft has today announced new Office apps for iPhone with full creation and editing capabilities and changed the entire pricing model for Office on mobile devices (iOS and Android). Office for iPhone, iPad, and Android is now free for basic creation/editing/printing features for personal accounts (that includes the new Dropbox sync), but an Office 365 subscription will still be required for advanced editing features and business users (either on OneDrive for Business or Dropbox for Business accounts).

New Office for iPhone apps (Word, PowerPoint, and Excel) have been released, bringing document editing features to smaller screens. MacRumors notes that the apps have been “designed with the existing iPad apps in mind”:

All three apps take advantage of an innovative “vertical ribbon” that puts a full suite of editing tools right within thumb’s reach at the bottom of the device’s screen. Each individual app also has built-in tools to make the viewing experience more streamlined on the iPhone’s Retina screen.

Some advanced features in the new iOS apps will require a paid Office 365 subscription: change tracking features in Word won’t be available to free users, and the same will apply to Pivot Tables in Excel.

The Verge spoke with Microsoft about today’s launch and pricing changes:

“It’s an extension of the strategy that we’ve got,” explains Microsoft’s head of Office marketing Michael Atalla. “It’s not a total strategic shift, as much of an extension of the existing strategy.” Microsoft offers free Office apps online, and Atalla argues that recent development model changes inside Microsoft have allowed the company to open up editing functionality to mobile clients. “We’re taking that same user experience we provide online to the native apps of iOS and Android. We want to make sure that our customers can be productive across all the devices they have.”

Microsoft’s new Office apps for iPhone are available now on the App Store as version 1.2 and Universal updates.