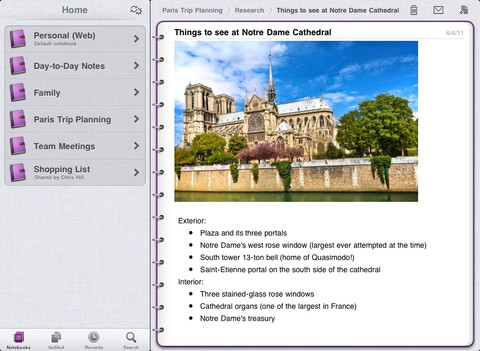 Microsoft has been rolling out quite a few apps lately, now introducing Microsoft OneNote for the iPad and SkyDrive for the iPhone (and Windows Phone). It looks like Microsoft really is bringing Microsoft Office to the iPad with these notable releases, but let’s not get ahead of ourselves. OneNote is a mobile companion for the desktop app (not an addition to), and SkyDrive is Dropbox-esque in its execution. Handy to have with you? You bet. Alternative replacements for the real things? Probably not so much. 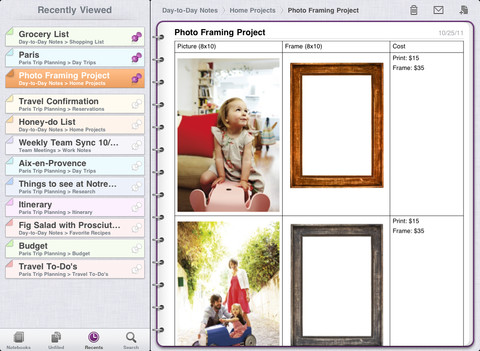 Yesterday, December 12th, Microsoft updated OneNote to version 1.3 on the iPhone (which has been out for a little while), coinciding with the iPad launch (also version 1.3). OneNote 1.3 brings a tabbed user interface, quick note creation, improved table rendering, and a full resolution experience on the iPad to check your to-do lists and categorized notes on the go. OneNote on the iPad and the iPhone integrate with Microsoft’s SkyDrive to pull OneNote documents from the cloud, organizing notes in a format readable on mobile devices.