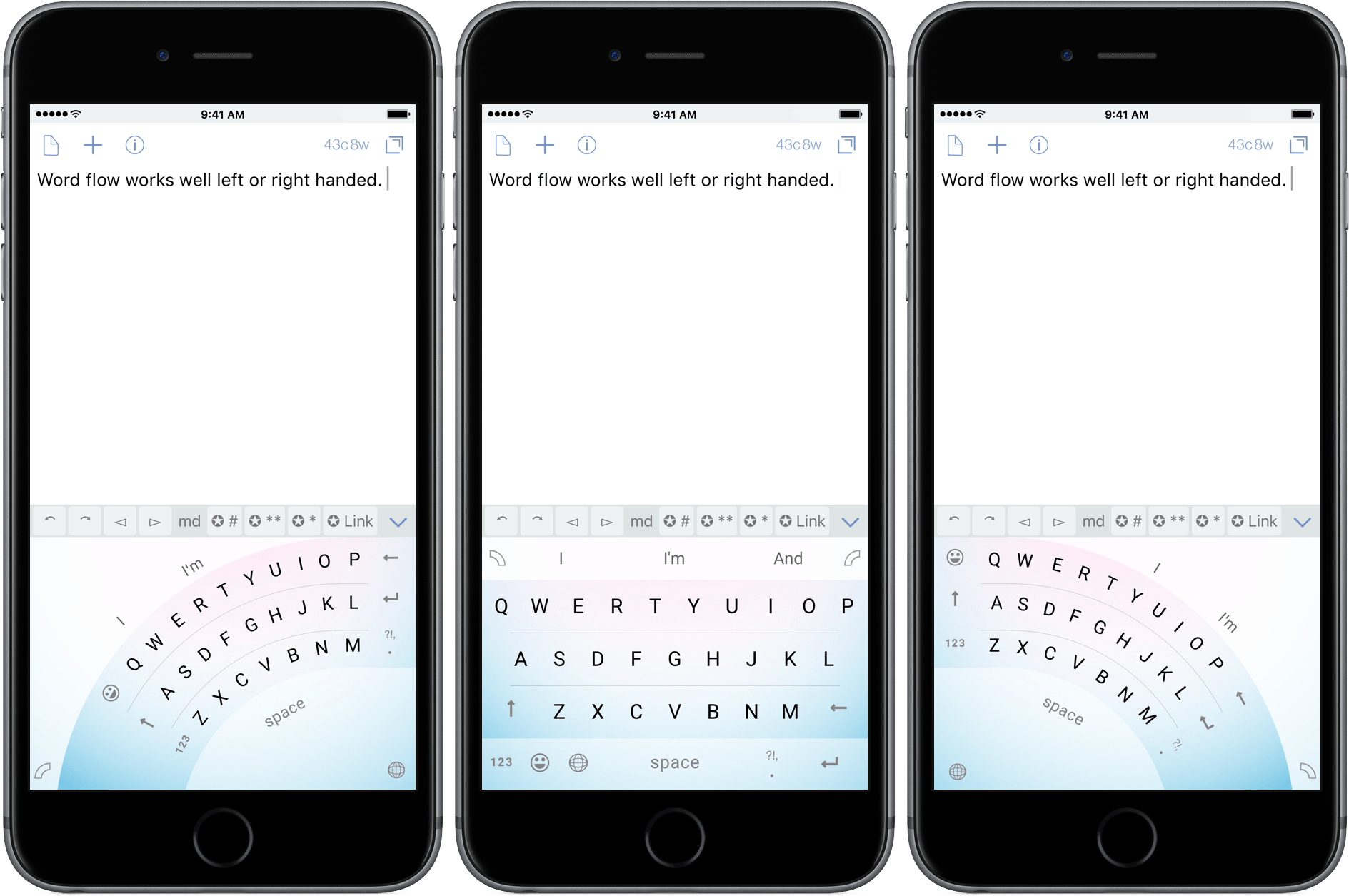 Microsoft is on a roll with iOS keyboards. Just over two weeks ago, Microsoft’s Garage project released Hub, which has tight integrations with Office 365. Today, Microsoft Garage released another keyboard called Word Flow, which is based on the Windows Phone keyboard from Windows Phone 8.1. According to The Verge, Microsoft had promised a public beta period for Word Flow, but skipped that step.

There are multiple options for interacting with Word Flow. Once installed, you can use it in one-handed mode where the keyboard can be displayed in an arc on the left or right side of the keyboard area. Alternatively, you can use a traditional keyboard layout.

In either case, Word Flow accepts both swiping and tapping input and has a strong predictive algorithm that anticipates the words you intend to type. In my limited tests, the one-handed mode was helpful for typing on my iPhone 6s Plus one handed and the predictive input was solid, though it didn’t seem to recognize its own name, failing to capitalize ‘flow’ in the screenshots above. Of course, for the predictive feature to work, you need to grant Word Flow full access to your keyboard input, which not everyone will be comfortable doing.

Word Flow also lets you set backgrounds behind your keyboard, including ones that are built into the app or your own photos. Personally, I think the backgrounds are ugly and distracting, but fortunately you can use Word Flow without a background.

Microsoft Word Flow is available on the App Store for free.

Update: Microsoft Word Flow is a US English keyboard and is only available in the US App Store.