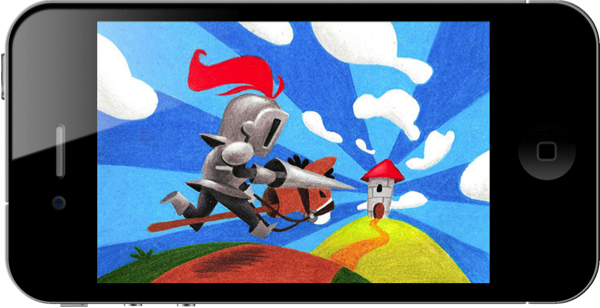 Marcus may still be wylin and crackin’ jokes at the expense of Apple’s iPhone, but little does the PSP homeboy know that Lame Castle is no laughing joke.

Look son, I hate to tell you that the iPhone is for more than just texting your Grandma, but get school’d before you start hatin’ on what’s what and what is. Lame Castle is just about the baddest game to hit this side of MacStories, if only because it takes a Sony parody and turns it into a real game built for muscular men back-peddling a flat-tired unicycle through Mordor. I don’t expect you to make it through all 24 levels or save the princess (you like chicks right?), but I wouldn’t miss out on a ninety cent opportunity to tell Marcus to put his money where his mouth is.

Then again, Marcus is bound to be pimped out for Sony’s PSP Android phone – revealed by Engadget this evening.