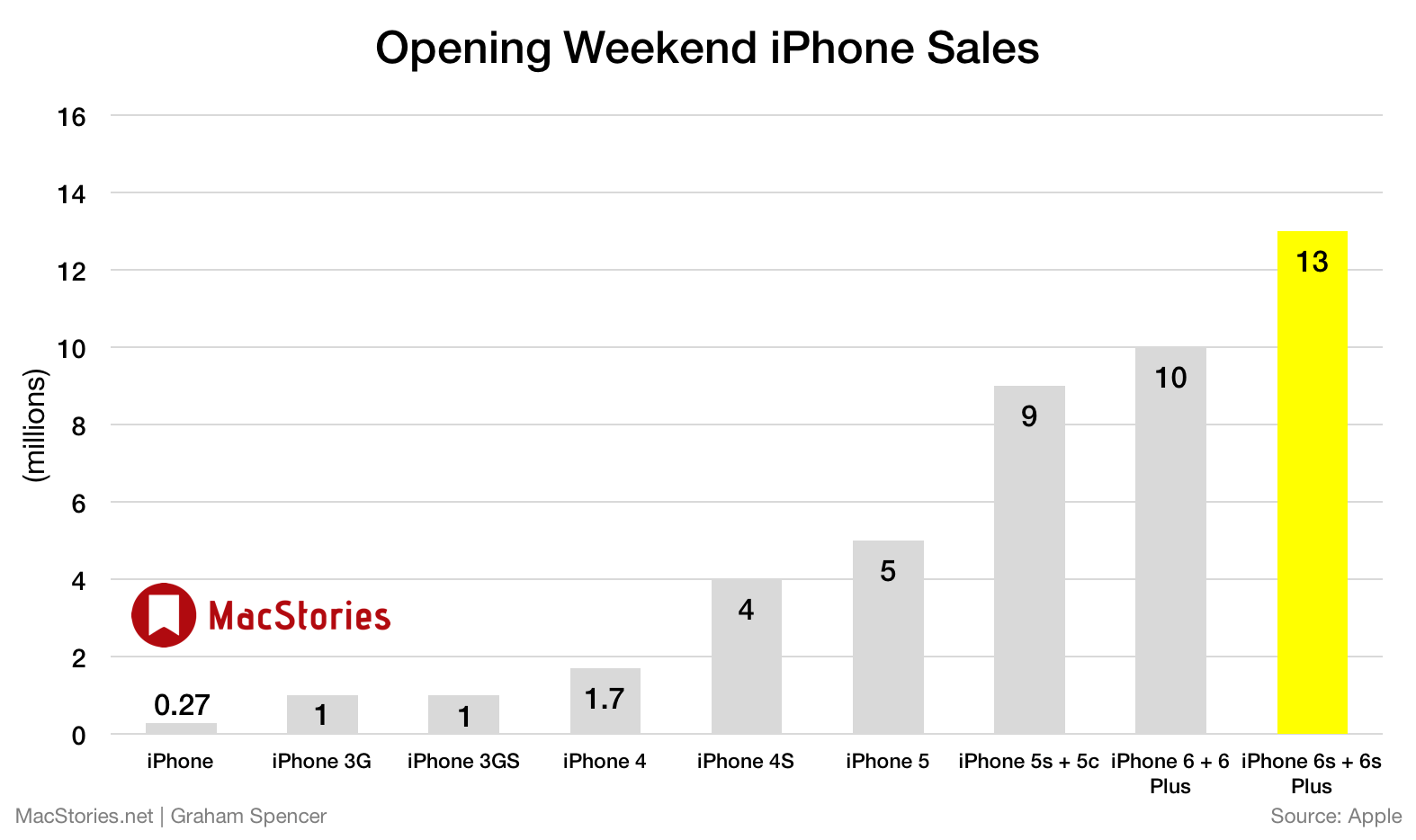 Apple announced this morning that the iPhone 6s and iPhone 6s Plus has sold more than 13 million units over its opening weekend. The new iPhone went on sale last Friday in the United States, Australia, Canada, China, France, Germany, Hong Kong, Japan, New Zealand, Puerto Rico, Singapore, and the UK.

Apple also announced today that the second wave of iPhone 6s and iPhone 6s Plus launch countries will get the device on October 9 and 10. Over those two days, the new iPhones will launch in 42 countries in this second wave, including Italy, Mexico, Russia, Spain and Taiwan.

Diagonal lines indicate that exact dates are not known. With the iPhone 6s and iPhone 6s Plus Apple has said that it will be available in 130 countries by the end of the year.