Japanese carrier Softbank is responding to complaints about the iPhone 4’s absense of an internal NFC chip by issuing a ‘sticker’ that gets applied to the back of the iDevice. It covers most of the backside along with looking ugly and covering up Apple’s own logo. Now granted many people slap cases on their iPhones anyway, but this is how the FeliCa payment system is going to work (for know). The ‘sticker’ does not communicate with the iPhone so its abilities are limited. The beautiful set of ‘stickers’ go on sale in February for a cool ¥2,980 ($36). 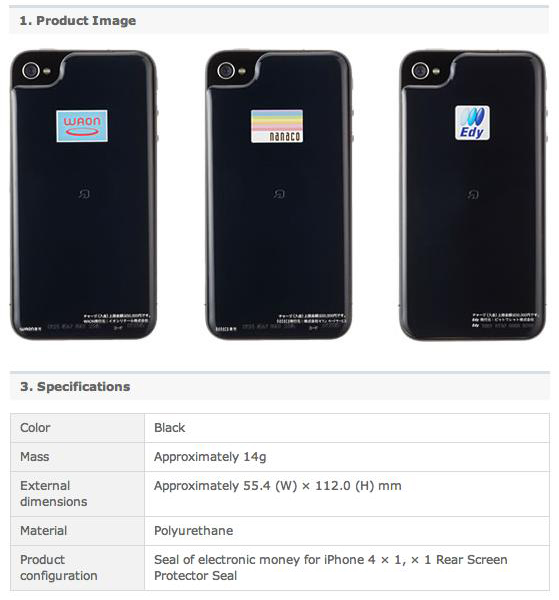 It works pretty simply: Japanese iPhone users attach the “sticker” to their iPhones (Apple’s bumpers still fit) and it adds FeliCa RFID smart card functionality to the iPhone. Once the ‘sticker’ is charged with e-money, users can tap their iPhone on card readers in train stations, restaurants, convenience stores and other places in Japan to make payments.

[via Engadget via Softbank (translated)]