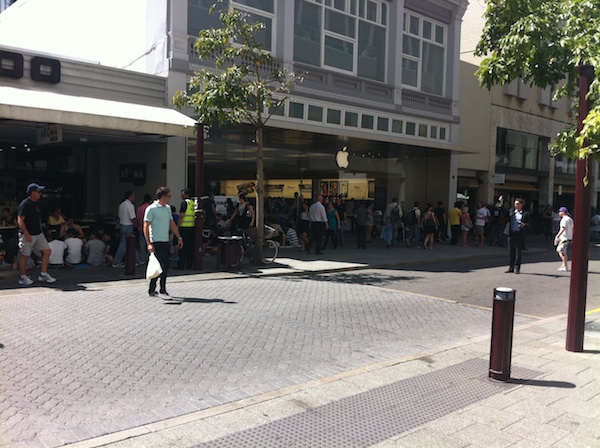 Attention, potential iPad 2 buyers: following the international rollout of the device across 25 countries last Friday, it appears that the device can’t be found anywhere. Every store has run out of iPads. The Apple online store reports a 3-4 weeks delay in many countries. Authorized resellers have run out of tablets, too. Apple fans worldwide are going crazy whilst Steve Jobs is enjoying an iPad 3 and an iPad 4 prototype in his home office.

Apple-related jokes aside, a number of reports in the past days have surfaced indicating several international Apple retail stores and resellers are completely out of stock. The Daily Mail says UK stores were sold out of iPads on Friday night / Saturday morning; rumor has it the same is happening in Italy, Canada and Australia. Of course Apple didn’t provide any detailed sales numbers and they haven’t issued a press release (yet), but basing on these initial reports it looks like the iPad 2 was off to a great launch.

Or, as some people speculate, the long lines around the globe and the multiple sell-outs were nothing but a clever marketing strategy to cover the fact that Apple is having production issues with the iPad 2 and large scale shipments. Stores are out of stock and Apple.com returns a 4-week long wait, but according to several bloggers this is due to the fact that Apple is having problems with the iPad 2 manufacturing chain – a rumor that was semi-debunked by Apple itself by launching the new tablet in March (rather than June) but that might still partially hold true if reports of these rapid sell-outs are real.

Reportedly sold out or not, if you’re really willing to get your hands on an iPad 2 now the best method is, yet again, the simplest one: drive to an Apple Store and ask. Then, leave a comment below and let us know.