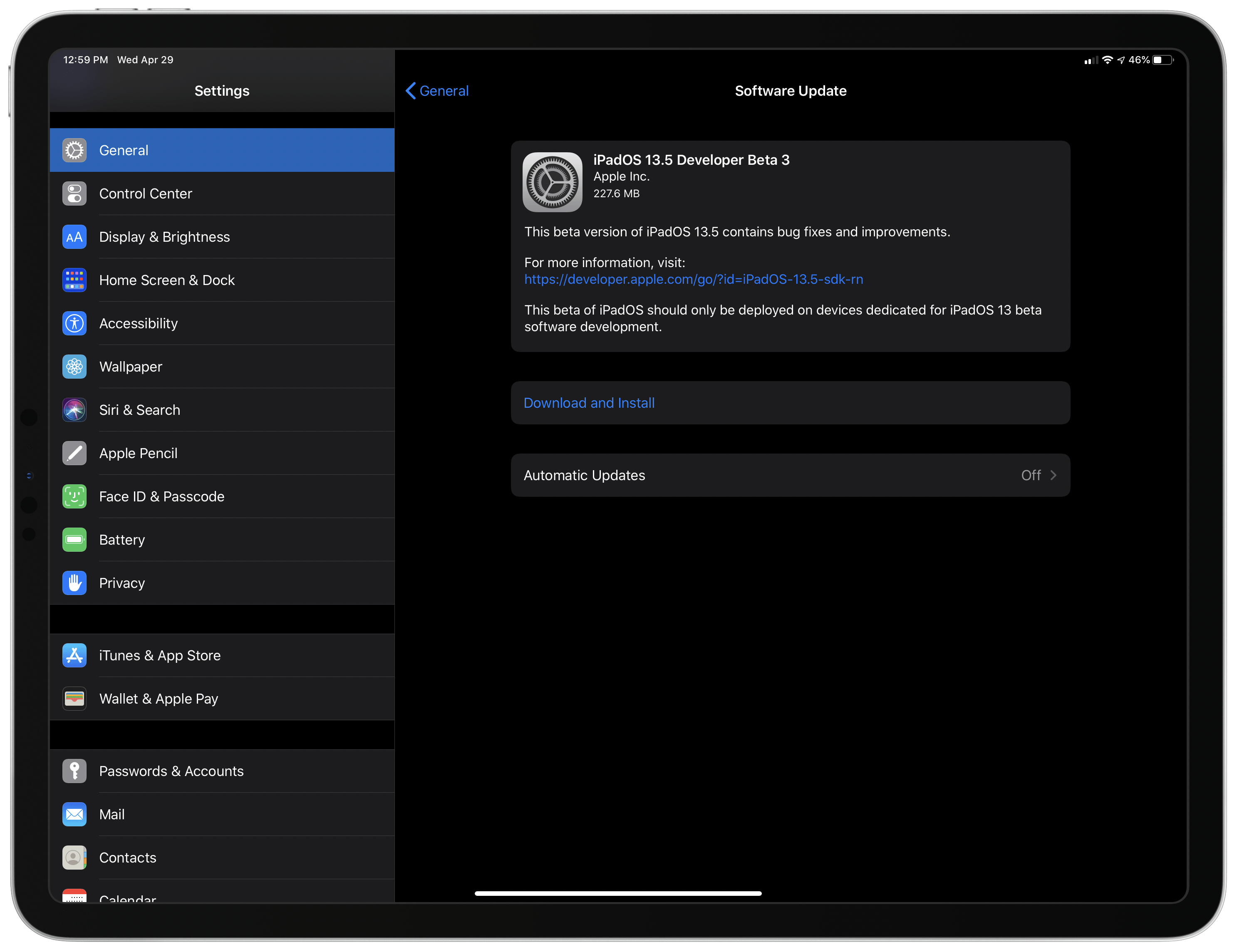 Apple has released version 13.5 Developer Beta 3 for iOS and iPadOS, which includes the COVID-19 exposure notification API that it is developing with Google. A beta of Xcode 11.5 was released alongside the OSes too.

According to a story published by Mark Gurman of Bloomberg:

The tool set is a combination of software updates for iOS and Android, and software development kits to help developers build and test their apps. Apple released an early beta version of its software update that incorporates the technology, iOS 13.5, while Google is rolling out an update via its Google Play app store.

The first phase of the system will let health agencies build apps that allow a person who tests positive for Covid-19 to input their diagnosis. The system will then use Bluetooth technology to learn who the person has come into contact with and then notify those people of a possible exposure.

Additional details and sample code are set to be released by Apple and Google on Friday.

As reported by 9to5Mac, the update to iOS and iPadOS also adds a change to Face ID that detects if you are wearing a face mask, skipping directly to the screen for entering your passcode. It’s a small but useful change that will hopefully help prevent iPhone owners from pulling down face masks in public to unlock their devices.