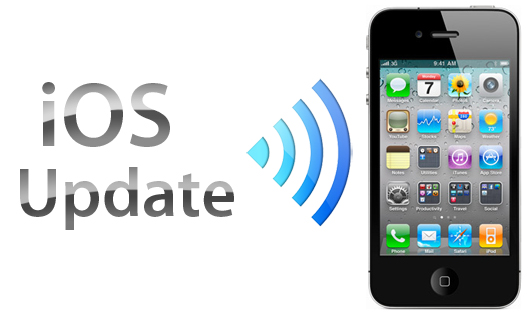 According to 9to5 Mac, Apple is preparing to implement the capability for users to get over-the-air OS updates for the iPhone from iOS 5. Android and HP/Palm’s webOS users have long had the convenience of having OS updates pushed to their phone as soon as an update is available. Whereas users of iOS devices have had to resort to manually connecting the device to their computer with iTunes where it is downloaded and then installed.

9to5 Mac claims that multiple sources have said to them that the new feature will debut in iOS 5, allowing any subsequent updates to be pushed to the device. According to their sources, Apple has been discussing the feature with Verizon since early this year and are hoping to reach an agreement with them. Although it isn’t known whether other carriers internationally, or even AT&T in the US, have been approached by Apple over the feature.

Apple clearly has the fundamental technology for over-the-air updates working because the Apple TV (iOS version from late last year) is able to update itself without any computer connection. However there are two fundamental stumbling blocks before over-the-air updates could be seen to be feasible. Current updates are over 600MB, which is a substantial size to be downloading over any 3G connections. To get carriers to be happy with allowing the updates, let alone achieving an agreement with them to exclude them from any download caps, Apple would have to substantially trim that size down. The second issue is that of backups, currently before an update is installed, iTunes will create a back-up in case of a failed update. A cloud based back-up system is the obvious, but perhaps complex, solution to this issue.

Following the article, several people in the jailbreaking scene made some comments about the feasibility of over-the-air updates. In particular, @chronic and @chpwn make comments that a lot of the code required for over-the-air updates have already made their way into iOS4. For example, the MobileSoftwareUpdate.framework is in all iOS4 devices but has only been “fleshed out” on the Apple TV.