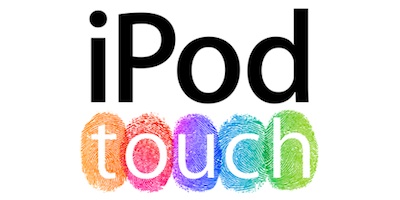 Update 2: TUAW made a mistake in their reporting, there isn’t any reference to iPod4,2 in 4.3 - they had accidentally opened the iOS 5 file twice, instead of the 4.3 file. Please ignore update 1.

Update 1: Erica Sadun of TUAW decided to double check whether this reference had existed prior to iOS 5 and sure enough, the same reference was found in iOS 4.3.

When Beta 1 of iOS 5 was released earlier this month some people found references to a next generation iPad and iPhone. That news itself wasn’t all that riveting, new iOS versions often hint at new and upcoming hardware – what was somewhat odd was that those people didn’t find any references to a new iPod Touch as would have been reasonably expected.

It turns out that there are in fact references to a new iPod Touch, they were just hidden away elsewhere, found earlier today by members of the iFans forum. Found inside the “com.apple.fairplayd.N81.plist” file (located in /System/Library/LaunchDaemons/) there is a reference to the “iPod4,2” – a new reference to an iPod Touch. 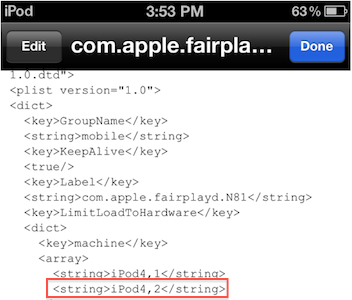 There haven’t been many rumors surrounding the fifth generation of the iPod Touch, but one would assume Apple would follow the pattern it has set from previous years, launching it sometime around September. The reference within iOS 5 makes this more likely, but perhaps a bigger reason is Apple would unlikely want to miss launching a new iPod Touch for the holiday season given how popular the Touch has become.