Apple just updated the iOS Dev Center with the first beta of iOS 5 – registered developers can start the download now. However, as the Dev Center is coming back online as we speak, there might still be errors when trying to download the DMG files.

Update: the Dev Center has come back online for (almost) everyone, and the first news about iOS beta 1 are starting to come in. Notably, some users are already tweeting from iOS 5 as you can see from the screenshots below. Twitter reports “via iOS” as the client that sent the tweet, but redirects to twitter.com when clicking on it. Photos are hosted on Photobucket as part of Twitter’s recently announced photo service. 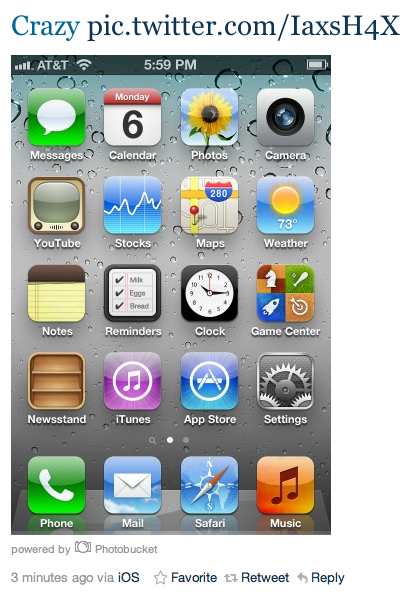 Furthermore, BGR has posted the first details on iOS 5: there are new sync settings to manually sync wirelessly to iTunes and enable Automatic Downloads; Notification Center can be customized to show 1, 5 or 10 notifications and tweak other options; new alert choices for emails and calendars and possibility to buy more in the Tone Store. On a very interesting note, BGR also reports iOS 5 gets some sort of TextExpander-like functionality for “text shortcuts” that replace entire words or sentences system-wide – like “omw” to type “on my way”.

Preference to open pages in Safari in a new page or in background (amazing!).

Software update option in settings to check for the latest OS.

Twitter installs directly from the settings page if it’s not installed directly, you aren’t even taken to the App Store.

FaceTime button in iMessage messages at the top now. 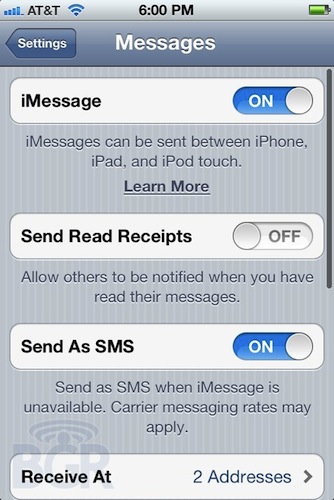 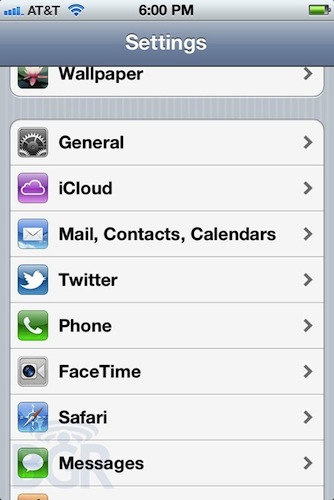 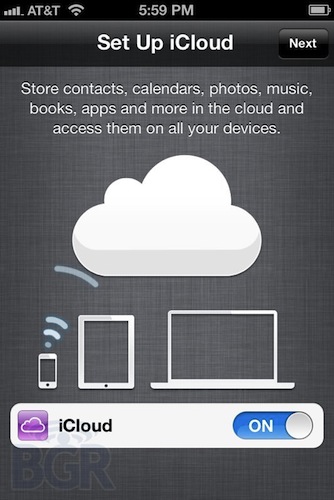 Update #2: Some more screenshots from iOS 5 beta for iPad. 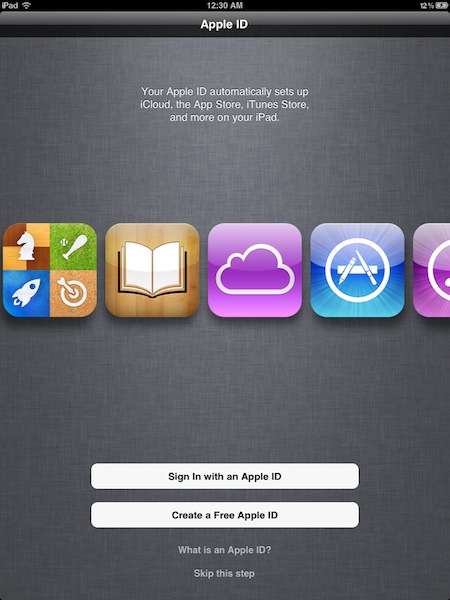 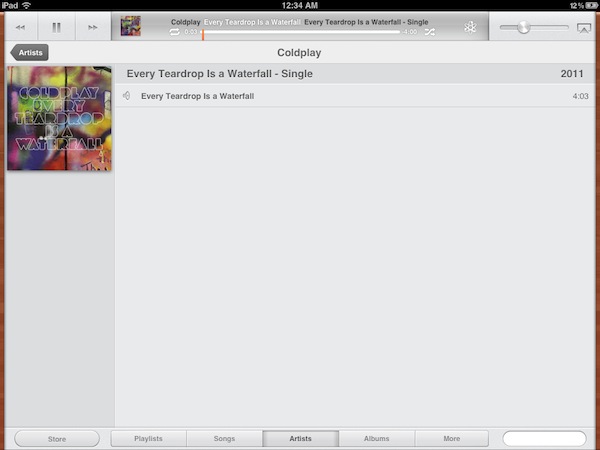 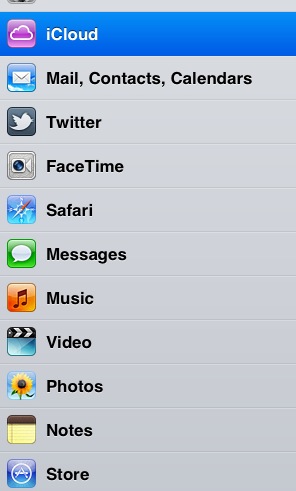 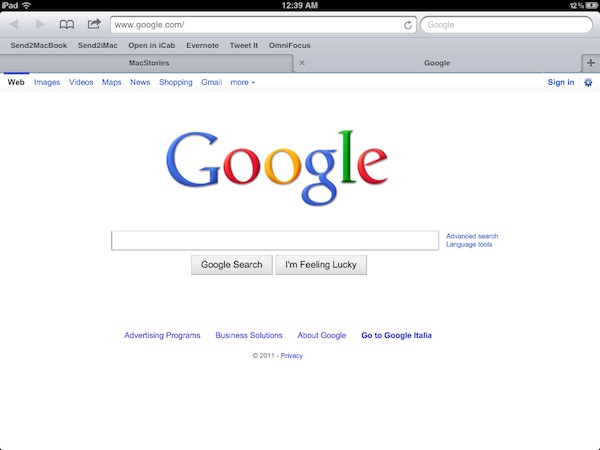 BGR also reports other interesting new features like possibility to create Albums from the Photos app and add files to it on-device, or an option to set the ID for FaceTime calls.

It seems that Reminders sync with Exchange (Tasks basically), but you can’t set location-based reminders if you’re on Exchange, just with iCloud. You can selectively choose where to sync the reminder though, it’s just not streamlined if you use Exchange.

You can set the caller ID for FaceTime calls, so if you call someone, you can choose it to display your cellular number or email address.

As for iCloud, the new Settings panel tries to automatically import preferences from an old MobileMe account when restoring from an iOS 4.x backup, though you can set up a new iCloud account with 5 GB of storage. iOS backups to iCloud need to be manually enabled, and there’s also a button to buy “more storage”, although it doesn’t work yet. Reminders and Photo Stream can also sync with iCloud. The “backup options” allow you to set what data should be sent to iCloud – such as Camera Roll or app databases.

Update #3: Lots more details have been posted online about iOS 5 beta 1. MacRumors points to a video showing the “PC-Free” setup of iOS 5, which allows you to activate and configure a device with your Apple ID / iCloud account and start using it right away without plugging it into a computer. The PC-Free setup will allow you in the future to restore from backups stored in the cloud without using iTunes – currently, there’s an option in the iCloud settings to manage the apps and data that will be backed up to your iCloud 5 GB storage space. Future updates will bring the possibility to buy additional storage.

Related to app management, the Usage preferences in the Settings app now let you delete apps and associated app data, such as databases or game progress. You can keep apps on your device and delete data & documents from the new settings panel. It appears you can even delete songs and artists from the renamed Music app. 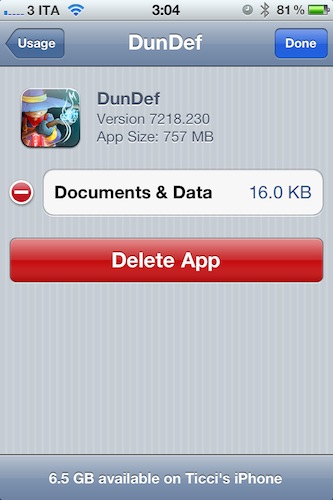 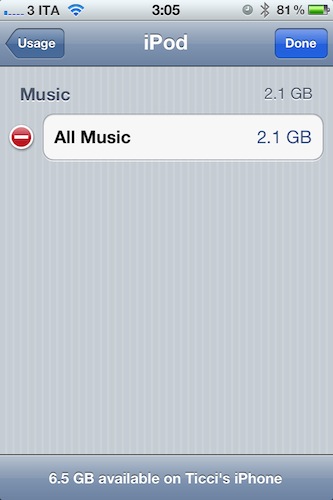 Engadget has also posted some screenshots detailing Twitter integration, the un-removable Newsstand folder, and Reminders. All these features have been covered in our WWDC 2011 keynote roundup.

When you launch the app, you’ll see two screens: Tasks, and Completed. Adding a task is as simple as tapping the + button, and there are more options for reminders, due dates, and priority sorting. You can make other lists for specific tasks, and when complete they’ll automatically transfer over to the Completed list, so you can get on with 527 other things you have to do. 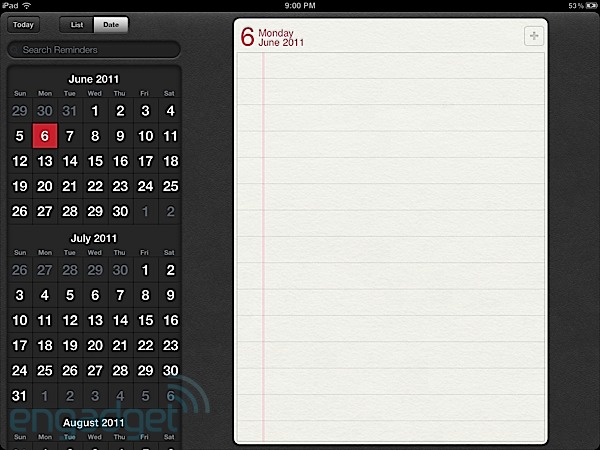 The “Tweet” button is located under the familiar sharing pane, and ticking it pops up the keyboard along with an overlay that resembles an index card, complete with ruled lines and a paper clip to visualize what you’re attaching. Geotagging is available through a simple tap of the “Add Location” option, and one more tap sends the tweet out to all your followers. 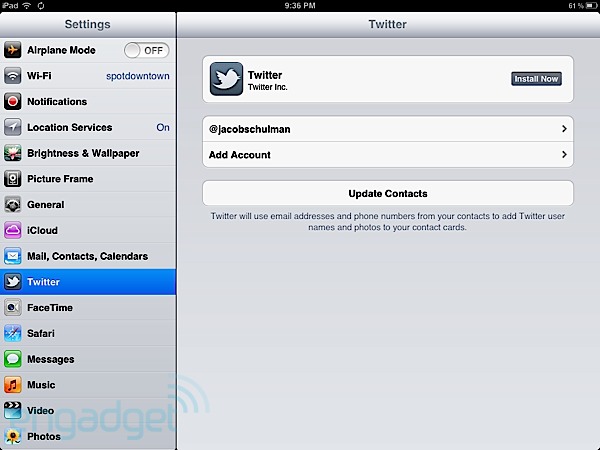 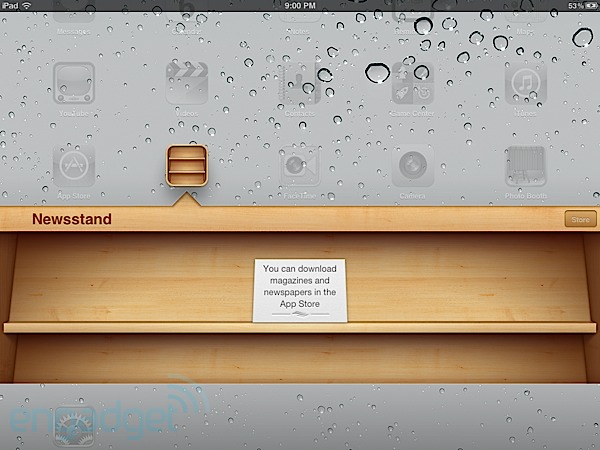 This is my Next has a series of screenshots also detailing the new editing and cropping features in the Photos app, as well as a quick video tour of iOS 5:

These are pretty basic, but basic good. In the Photos app you now get four new editing tools — rotate, crop, auto-enhance, and red eye. We haven’t had the time to really test some of these, but they are undoubtedly very handy. 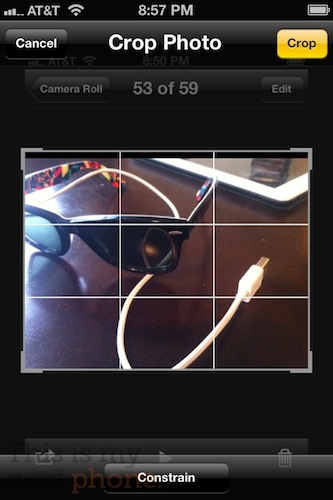 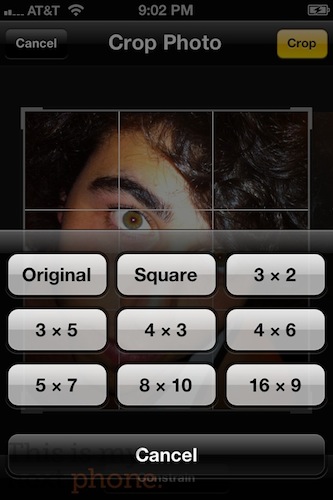 Last, here’s a gallery of screenshots showing the new iMessage settings, Twitter contact import, Safari Reader, new contextual menu in Safari, sync icon in the status bar so you can keep using your device while syncing with iTunes. 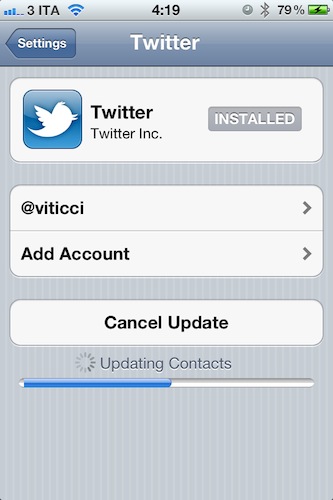 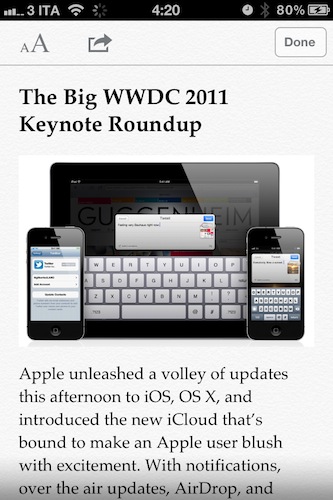 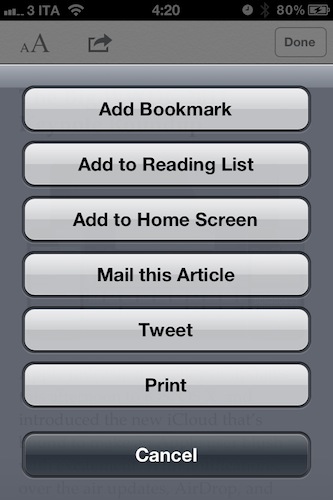 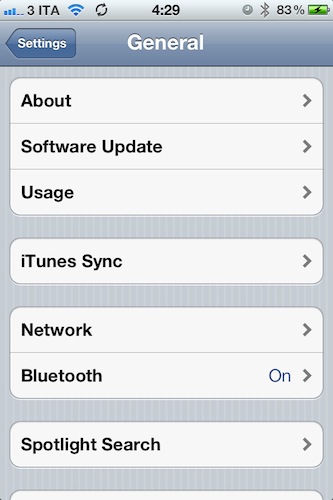