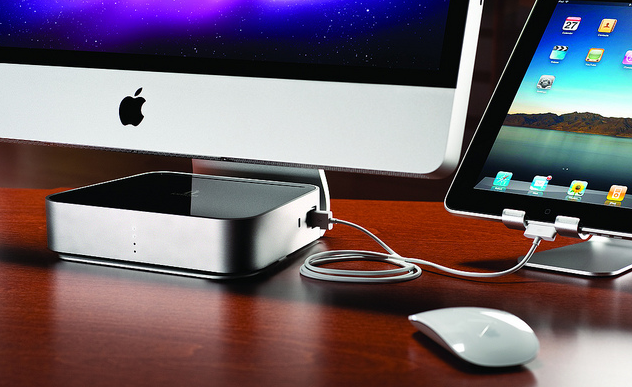 Iomega today announced a new Mac Companion Hard Drive which incorporates a large capacity desktop hard drive (2 TB or 3 TB models are available) with two USB ports to connect a printer or another external drive, two FireWire ports and an additional high-powered USB charging port for an iPad or iPhone.

With the new Iomega Mac Companion Hard Drive, Mac users now have a convenient and stylish way to quickly charge their iPads with the bonus of plenty of new storage capacity for their Mac computer,” said Jonathan Huberman, president of Iomega Corporation. “With more than nine million iPads sold in the last quarter alone, the new Mac Companion Hard Drive is the perfect complement for all those iPad owners.

Iomega has made special effort to make a device that matches and suits Macs, which is most notable in the design and stylings of the device – not only is it sleek with its metal enclosure but the very shape of the Mac Companion Hard Drive has been sculpted so that it sits perfectly on the iMac or Thunderbolt Display stand, tapering out at the back. The whole device is fairly simplistic but stylish in design and it hides all but the high-powered USB port at the back of the device. Iomega has left the three visible sides with nothing but the high-powered port on the right hand side of the device and four LED lights on the front panel of the device to indicate HDD capacity.

The charging port is a high-powered 2.1 Amp hookup that makes it easy and convenient to charge your iPad and other portable Apple devices so they’re ready to go when you are.

The hard drives are also pre-formatted as HFS+ so that they are compatible out of the box with Mac OS X, and whilst the lack of Thunderbolt is a little disappointing, this device looks like a solid option for anyone looking for an external hard drive for their Macs. The Iomega Mac Companion Hard Drive will initially be exclusive to Apple online and retail stores at a cost of $195 for the 2 TB model and $295 for the 3 TB model.

Jump past the break for some more pictures of the device. 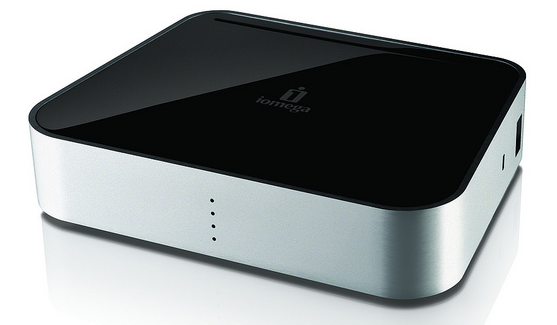