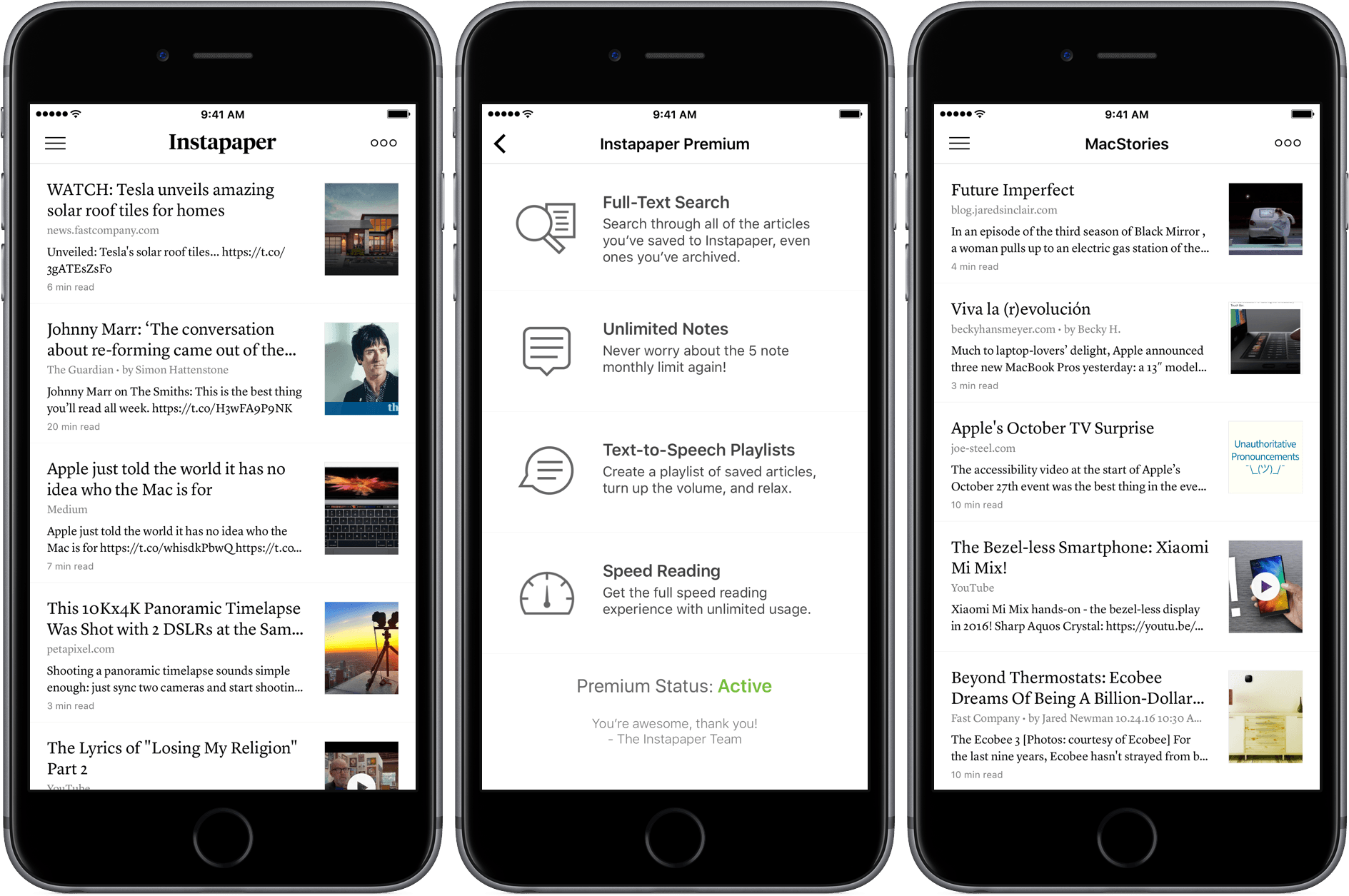 In August, Instapaper was acquired by Pinterest. Today, Instapaper announced that it is making its premium features free to all users. Previously, full-text search, unlimited notes, text-to-speech playlists, and speed reading were premium features that cost $2.99 per month or $29.99 per year. In an email to premium subscribers, Instapaper said:

Now that we’re better resourced, we’re able to offer everyone the best version of Instapaper.

Instapaper is also eliminating all advertising from its website. Premium subscribers will receive a pro rated refund of their current subscriptions.

Pinterest says it has “no new monetization plans to share at this time” for Instapaper. The decision to drop subscriptions, Pinterest says, was simply a matter of the app being “better resourced,” so that it can “offer everyone the best version.”

The battle among read-it-later services has been a long one. By making some of Instapaper’s most powerful features free, Instapaper should be better positioned to compete against its main rival, Pocket.