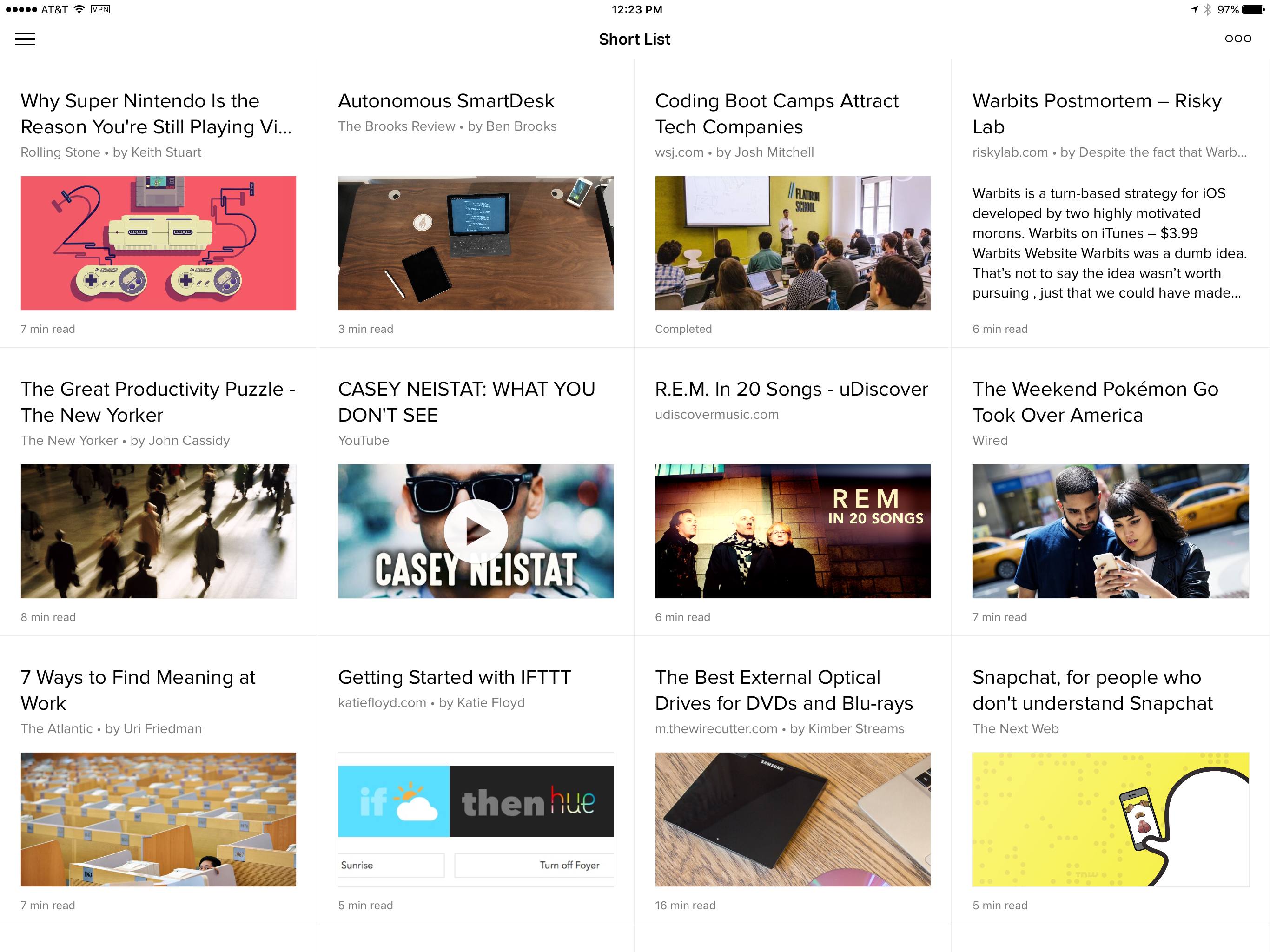 In a surprising move, Pinterest has acquired Instapaper, the iOS app and web service originally built by Marco Arment and sold to betaworks in 2013. According to Casey Newton of The Verge:

The goal is “to accelerate discovering and saving articles on Pinterest,” the company said in a statement. It will continue to operate as a standalone app, and the Instapaper team will work on both that app and on Pinterest generally.

Pinterest has had an article saving feature since 2013, though the service is far better known as a way to bookmark images and other visual content. With the acquisition of Instapaper, which Pinterest says will be maintained as a stand-alone app, Pinterest appears to be looking for a way to expand its customer base into sectors adjacent to it’s core product.