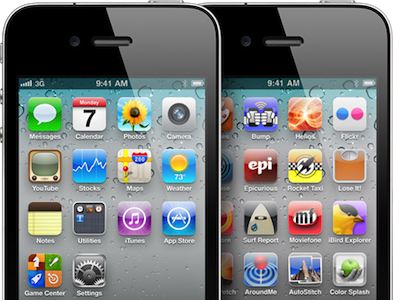 Various smartphone OS market share data typically covers the US market, but a report out today by the industry body GSMA has investigated the UK market. The organisation collaborated with comScore to create a ‘connected apps’ index, measuring the usage of apps that had data access. It used that data to calculate what smartphone OS was used most frequently on an operator’s network. At 65% of the smartphone market, iOS takes the lions-share share of the market whilst Android came in second, accounting for 31%. But the rest of the smartphone operating systems, including BlackBerry, Windows, Palm and Symbian took just 3% of the survey.

Painting a virtual picture of the UK market using these statistics shows developers that there are a potential of 5.7 million iPhone owners, 2.7 million Android owners but only 119,000 Symbian users. With that snapshot of the UK market it paints a rather depressing picture for those who are developing for anything other than iOS or Android.