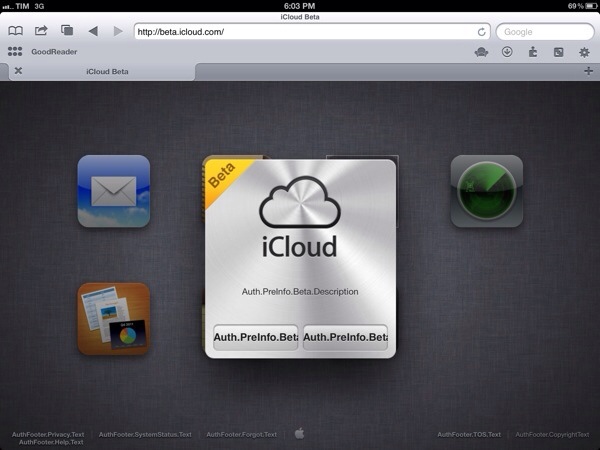 A few minutes ago, developer Steve Troughton-Smith tweeted a photo showing a “beta” login page for iCloud.com, Apple’s suite of web applications to access iCloud services like Mail and Calendar. The photo showed Apple’s icon-based navigation for iCloud.com, with the addition of Reminders and Notes icons in what appears to be an internal version of iCloud.com carrying future features. The login page clearly states the beta version of iCloud.com is available to developers running the latest versions of OS X and iOS.

Available at beta.icloud.com, I managed to grab a screenshot before Apple quickly pulled the website and started redirecting it to iCloud’s public website. The beta page showed a testing environment, and I was able to see the Notes icon in the background, as tweeted by Troughton-Smith.

The accidental availability of iCloud’s beta webpage seems to suggest Apple will announce more web-based functionality for the service at its upcoming WWDC event in June. Just last week, a series of web notifications were briefly showed on iCloud.com.

Update: Courtesy of reader Benjamin Crozat, here’s a larger screenshot showing the just-pulled iCloud.com website. It appears Apple also had a testing website available at developer.icloud.com, which has started redirecting to the company’s public iCloud product website as well. 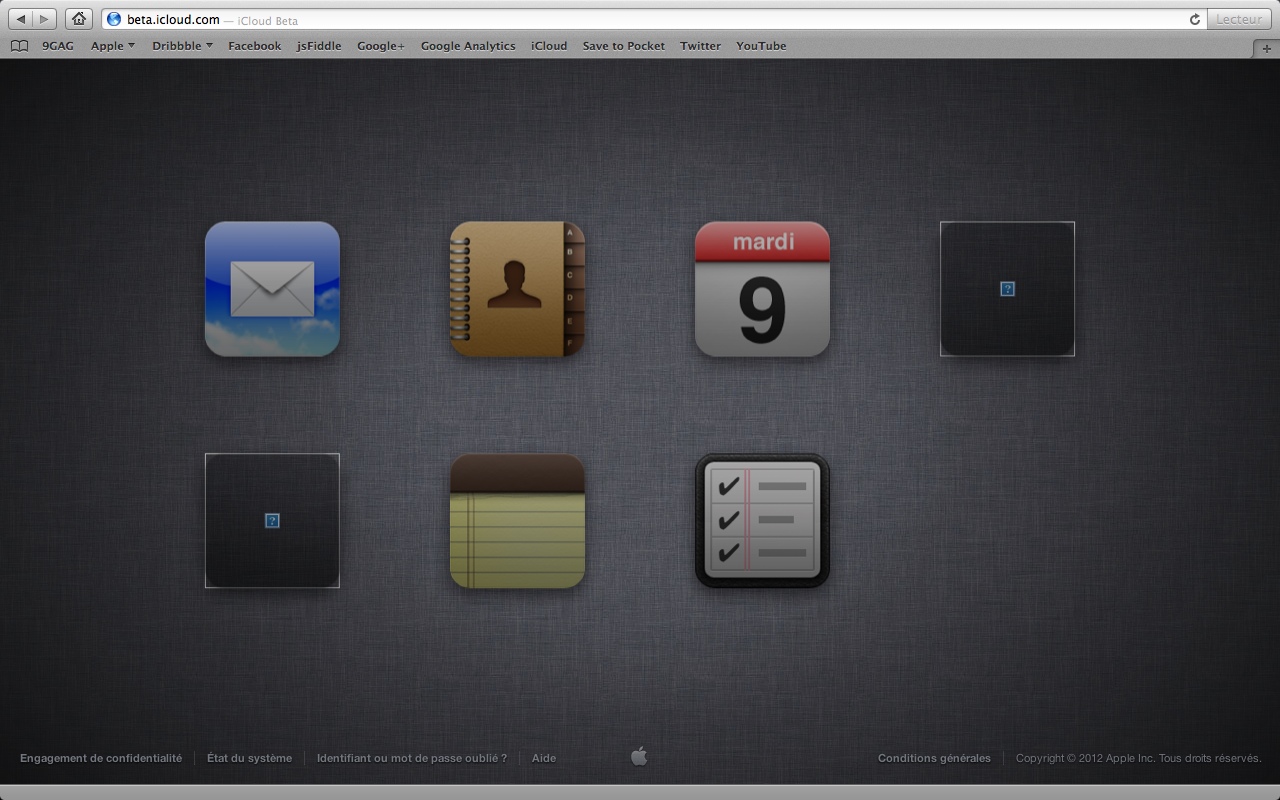 Update #2: As noted by Tom Klaver, strings in website’s code suggest a beta of iOS 6 will be necessary to use the new web apps. The icon Apple was using for Reminders is also available on Apple’s servers here.

Update #3: Interestingly enough, other code strings from developer.icloud.com point to a new developer icon on Apple’s servers. Currently, Apple offers a developer portal for iCloud at developer.apple.com/icloud with links to downloads and documentation. As several developers have wished for Apple to provide more debugging tools for iCloud-enabled apps, however, it wouldn’t be a surprise to see new web-based tools for iCloud being unveiled at WWDC.