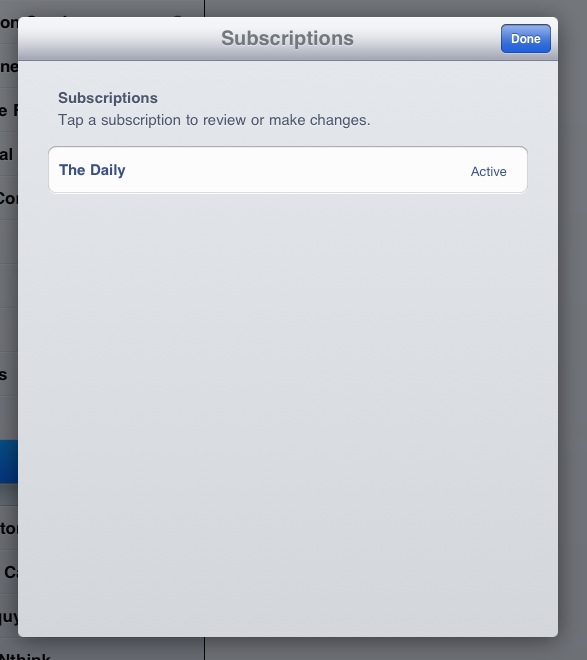 With the launch of The Daily this morning, Apple also introduced the long-rumored subscriptions for apps, which allow you to automatically get an app’s new content as long as you pay a weekly or annual fee. At least that’s how it works with The Daily, and we have collected all the details about News Corp’s subscription implementation here.

I was curious to see how subscriptions worked on Apple’s end though, so I tried to manually activate a new 7-day subscription in The Daily to see what would happen in my iTunes account. At first I couldn’t activate a new subscription (besides the two-week free trial period offered by Verizon Wireless), so I waited a couple of hours and tried again. Inside The Daily, you can access subscription management through the Settings. Choose your subscription, confirm that you’re willing to give out your personal information like zip code, name and email to “the publisher” (in our case, The Daily Holdings), enter your Apple ID password and tap Done. In the current version of The Daily, there is no confirmation of a successful subscription. 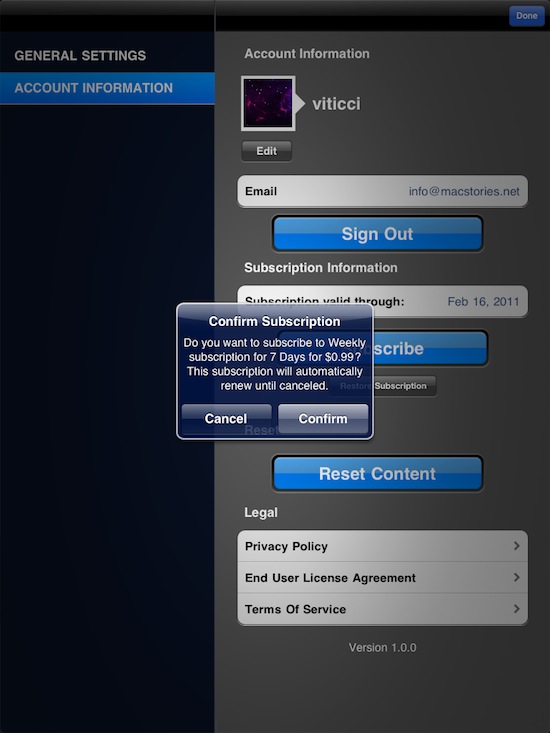 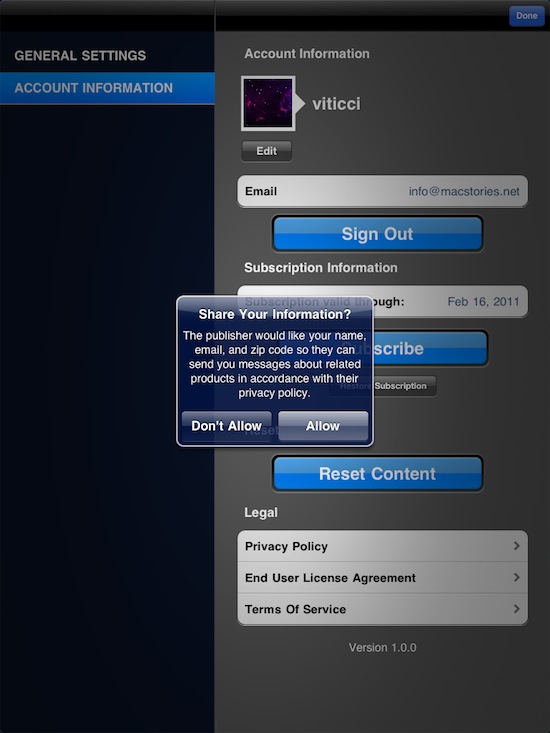 It looks like the system is ready on Apple’s end, and it doesn’t require a software update to iOS. As soon as I subscribed to The Daily, Apple sent me an email to confirm the Weekly Subscription: 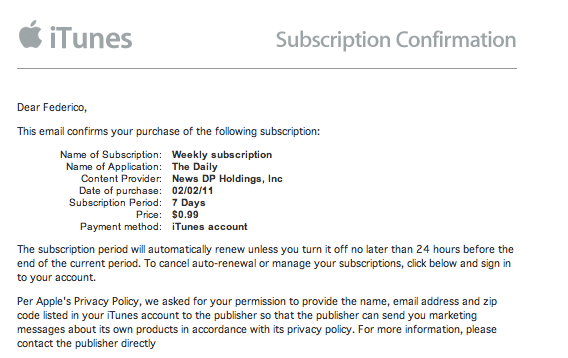 I clicked on the link provided in the email, which looks something like this. The browser tried to launch iTunes on my Mac, but iTunes returned the following error:

Apparently, Apple’s current implementation of subscriptions can be managed only on the iPad. So I fired up the Settings app on my iPad, clicked on the Store tab, entered my Apple ID password and I noticed a new Subscriptions menu in the account window: 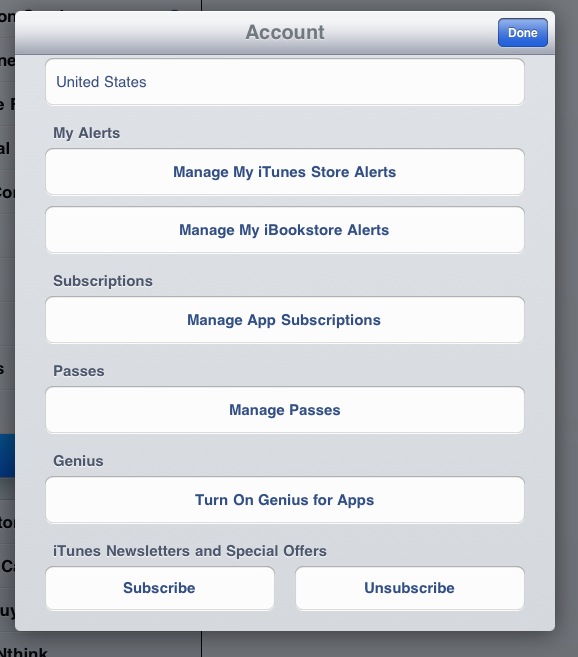 When you tap on “Manage App Subscriptions” you’re brought to a new screen showing The Daily’s active subscription, the renew date and the possibility to set automatic renewal to “on” or “off”. Another screen shows a list of all your subscriptions (of course, I only have The Daily’s one now).

So here’s how subscription management works through iTunes on the iPad. Unlike previous rumors suggested, Apple didn’t issue an update to iOS today to enable app subscriptions for The Daily, as everything is accessible through the iPad’s settings app. It is possible, however, that an iOS update will be needed to enable the subscription API for other third-party apps in the future.