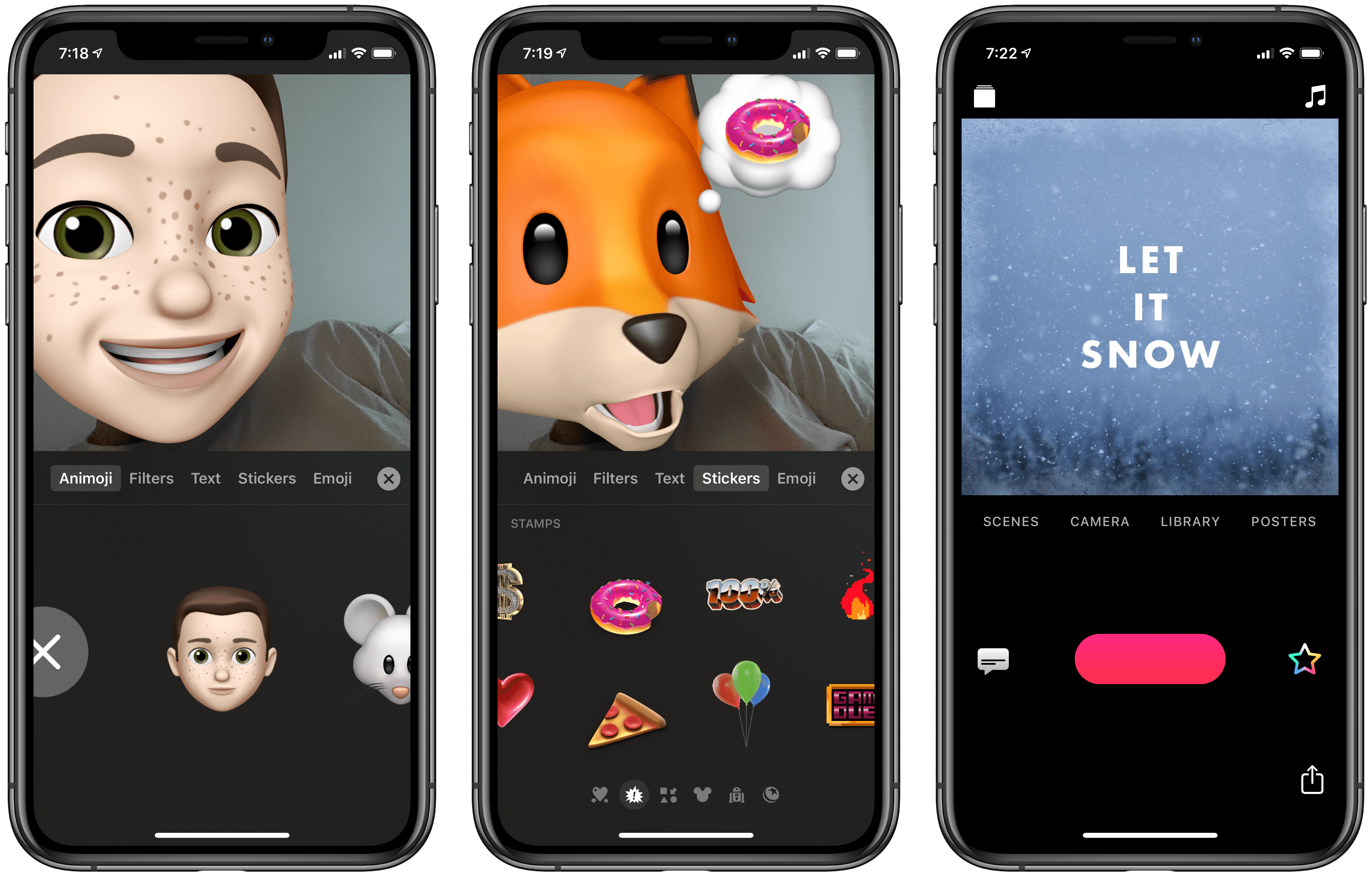 Apple has released the first big update in over a year for its Clips video creation tool. Following the trend begun in iOS 12, which added Animoji support to FaceTime, now all Animoji and Memoji characters can also be used inside Clips. Though I would have expected such an update a year ago, it’s nevertheless good to see. Besides Animoji and Memoji, Clips 2.1 only adds a couple other small new features, like a fresh batch of Mickey and Minnie stickers, a ‘Let It Snow’ winter poster, and support for right-to-left languages. After spending some time with the update, there are a couple nice implementation details related to Animoji that deserve highlighting.

Animoji and Memoji characters can be selected from the rainbow-star Effects icon that also houses things like filters, stickers, and emoji. Select an Animoji and, just as you would expect, your head is covered by the chosen character so you can shoot a video with it. Apple has done two things in particular that make this work well, above and beyond just the basics.

First, when you have a video recorded, you can change your Animoji character in that video after the fact. So if you recorded using a dragon, but want to see what it would look like with an octopus instead, that change can be made with a single tap in post-production and applied to the full video. This even works if you didn’t use an Animoji in the initial recording at all: by hitting the Effects button you’ll see that Animoji is still an option, so with a tap you can add an Animoji to your video even after the recording’s finished. 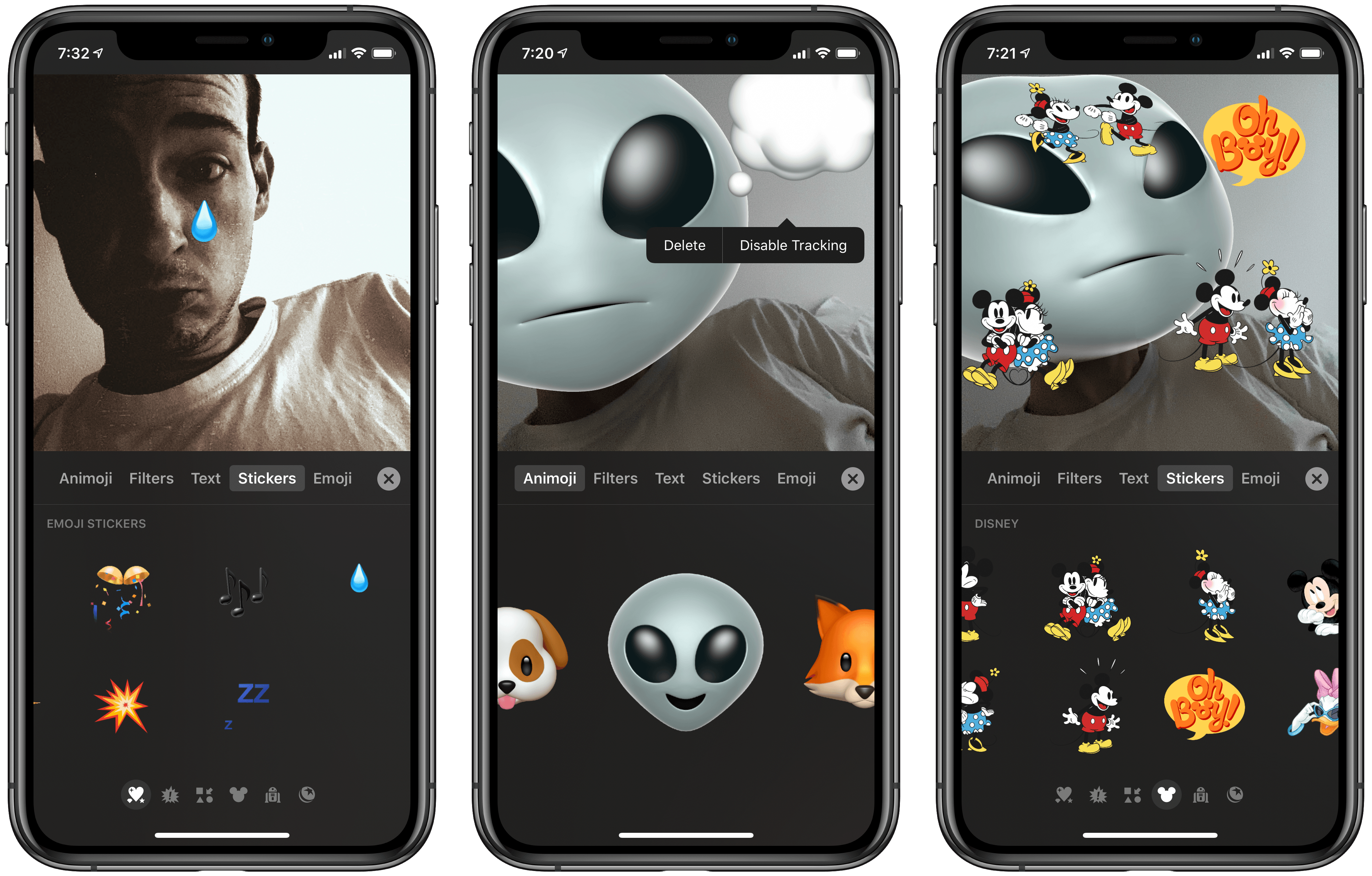 The second nice detail worth noting is that, as long as your device has a TrueDepth camera, the stickers you use will now track with your face by default rather than being stuck to a fixed place on-screen. In the examples seen above, the Disney and tear stickers all followed the movements of my face as I recorded. This enhancement applies whether you’re using an Animoji or not. And for the times you don’t want a sticker to follow your facial movements, tapping the sticker reveals the option to Disable Tracking.

There’s plenty I could complain about with Clips, such as the fact that it still supports square video only, and its new Animoji feature is arguably a year late. Those things aside though, I still find myself impressed by a lot of what Apple’s done with the app. I’ve never enjoyed a video creation tool as much as I do Clips. Unfortunately, until Apple decides to optimize for social media and enable more video orientations, I’m not sure any of the app’s great features will ever get the attention from users that they deserve.