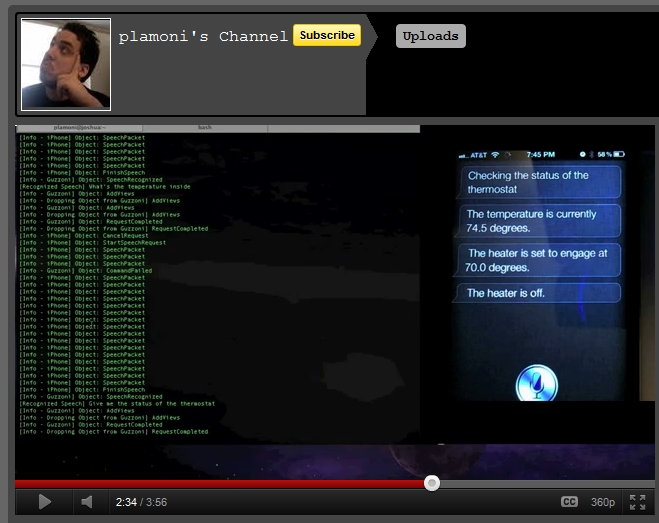 A hacker known as plamoni created a Siri proxy server that could allow anyone to use it and make Siri work with a wide range of non-Apple devices. Applidium, a development firm, hacked the Siri security protocol and has explained the process so anyone can use it.

One implementation of Siri + the proxy server is sending commands to any standard thermostat with Wi-Fi capabilities. plamoni taught Siri (no jailbreak required) to send commands over the network and if you’re interested, the source code is available for free online. Anyone with an iPhone 4S unique identifier and knowledge of networking can get it working. In order to set up Siri to control your home’s temperature involves a DNS server that uses a proxy to send requests to Siri’s servers.

The hack lets Siri control the thermostat by adjusting the temperature and the current temperature can even be relayed. plamoni stated that this hack will not let you run Siri on anything other than the iPhone 4S.

Now if you’re serious about controlling your home’s temperature with an Apple device and are a networking master, this could be right up your alley. For more info, check out the project’s GitHub page. Personally, I would skip all this and invest in an awesome Nest - no hacking and looks great.

[via iDownload Blog via The Next Web]

Update: Other tweaks based off Siri’s proxy server have surfaced on the project’s Github page. The work-in-progress demos show Siri sending a status update to Twitter directly, and controlling a Plex installation for media playback.