Previously announced by its developers, a major update to Growl – a third-party notification system for OS X – has been released today with official Notification Center integration. Among various bug fixes, improvements to the display of some built-in themes, and separation of Action displays from Visual ones, Growl 2.0 also brings Prowl and Boxcar support. 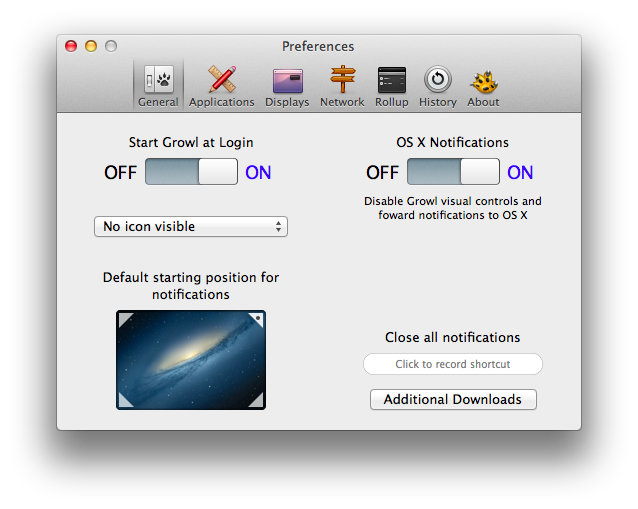 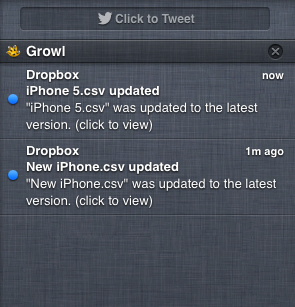 Update: For apps to show their own icons, they will need to support the Growl 2.0 SDK. 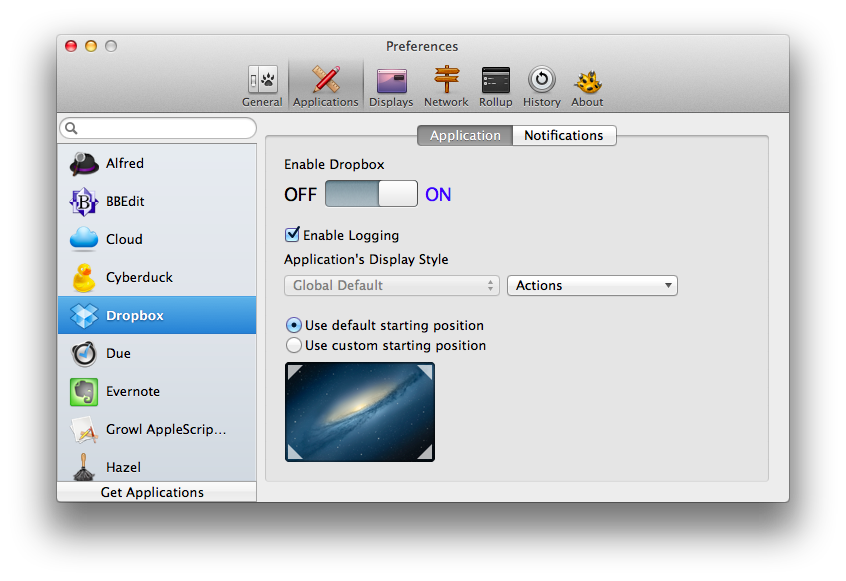 Another important addition to Growl 2.0 is the separate handling of Visual and Action displays. For instance, you can set, say, Dropbox to trigger a Smoke display (or Notification Center banner) and the MailMe or Prowl action at the same time. This is a powerful new feature that should allow for deeper customization of Growl notifications, which are handled on an app-by-app basis in Growl’s Applications tab.

Developers of Growl-enabled apps can find several technical details over the the official Growl blog. Growl 2.0 is available on the Mac App Store for $3.99.