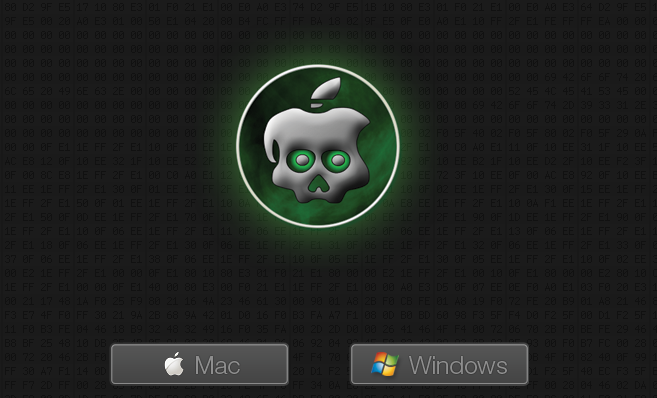 The devices supported by greenpois0n are:

If you’re already running a jailbroken device thanks to limera1n, then you don’t need to use greenpois0n. The tool is very easy to use and requires you to plug in your device and follow the instructions on screen to activate the DFU mode. Once you’re in DFU mode, greenpois0n will automatically install the required jailbreak software.

Also interesting are the tweets by @musclenerd earlier today: an unlock tool will be offered in the future once 4.2 is out, and a new build of PwnageTool will be released later this week to support the Apple TV 2G. 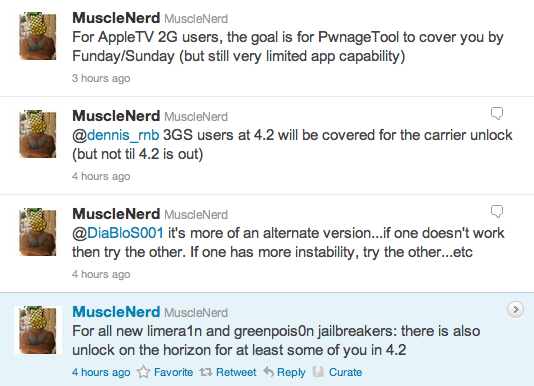 Jailbreak for the Apple TV will be “limited”, and it’s no surprise: many apps and tweaks from Cydia won’t simply make sense (or work) on the Apple TV. Do you need multitasking while watching a movie? Do you want to create folders or have some sort of Exposè on it? It’ll be interesting to see what Cydia developers will come up with.

A new device is always good for creativity.