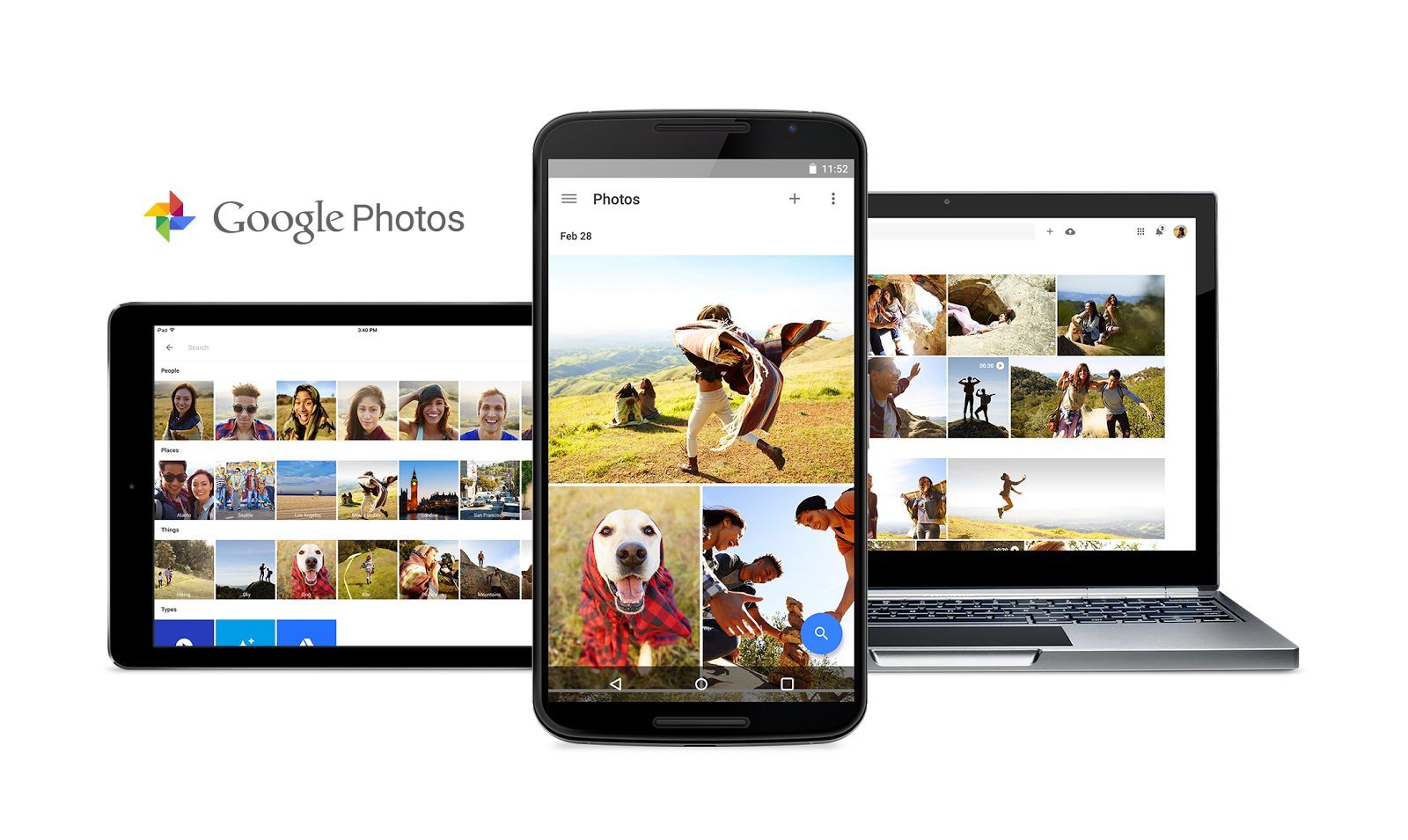 At its I/O 2015 keynote today, Google announced Google Photos, a new photo management and sharing service available on iOS, Android, and the web. Google Photos will begin rolling out later today with a universal app for iPhone and iPad.

Google Photos was introduced as “a home for all your photos”, a private place where users can store unlimited photos and videos for free at high resolution (up to 16MP for photos, 1080p for videos).

Like Apple’s Photos app for iOS, Google Photos will organize memories in moments, using pinch gestures to switch between individual moments, months, and years. During the demo, Google showed how it’ll be possible to create links to albums that, once shared, will allow other users to easily add photos and videos to their library.

One of Google Photos’ core features will be the machine learning technology developed by Google to understand what each photo is about. Combined with search and albums automatically created by Google Photos, this will let users quickly find photos that contain other people, pets, places, and more. According to Google, users won’t need to manually tag places and faces – machine learning (based on Google’s deep neural network) will take care of understanding the content of each photo.

In a blog post, Google also detailed the Assistant functionalities of Google Photos:

The app can also help you quickly enhance photos and combine them in new ways to help you relive your life’s moments. In one tap, get instant adjustments tuned to the photo’s color, lighting, and subject to make each photo look its best. Press the “+” button to create your own collages, animations, movies with soundtracks, and more.

If you swipe to the left, you’ll open the Assistant view, where we’ll suggest new things made with your photos and videos, such as a collage or a story based on a recent trip you took. After previewing the creation, you can choose to keep, edit, or discard it.

Google Photos will be available on iOS later today. You can read the company’s blog post here and check out the official website here; a support document detailing the ‘High quality’ and ‘Original’ tiers is available here.