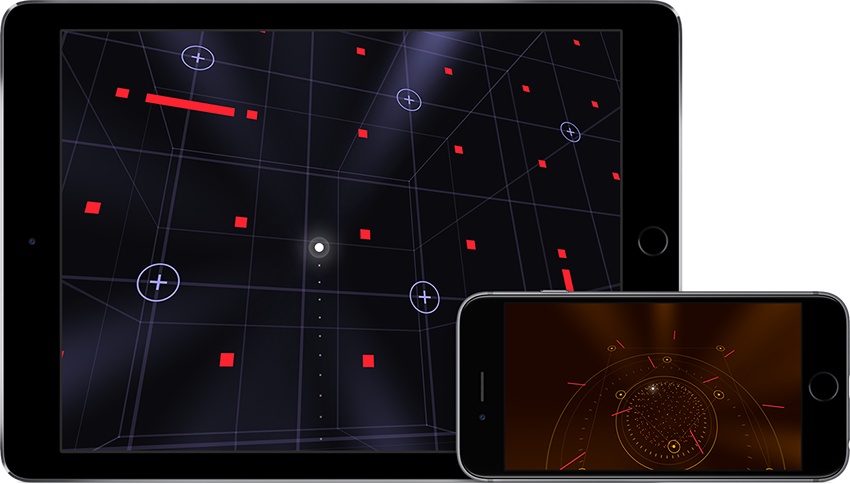 In Nightgate, by Semidome, you navigate a glowing sphere through a grid of 3D geometric shapes guided by another sphere. This is where I suspect some people might stop me and ask ‘Didn’t you review this game last week?’ No, but I wouldn’t blame you if you mistook Nightgate for Gemini at first glance. There are some superficial similarities, but the two games are very distinct.

Nightgate is a follow up to Semidome’s Last Voyage, which was among Apple’s Best of 2015. The game features 50 levels of puzzles. The goal of each puzzle is roughly the same – guide your sphere through a maze of obstacles by dragging your finger anywhere on the screen to move over specific spots identified by dots surrounded by a circle. After you have flown over each node your companion sphere takes you to the next stage of the game.

The challenge comes from the obstacles, which are red lines and circles that rotate and move across the playing field. Run into something red and you have to start the stage over. There is no time limit and you can try a stage as many times as you want, which is part of what makes Nightgate a laid back experience.

The other aspect of the game that makes it relaxing is the soundtrack. I’m a sucker for a good game soundtrack and Nightgate’s is one of the best I’ve heard in a while. Nightgate reminds me a little of the Stranger Things soundtrack. Maybe not quite so retro, but definitely similar in its ominous and spacey synth vibe.

Some soundtracks are just background music that feels tacked onto a game to add atmosphere. In contrast, Nightgate’s soundtrack was clearly composed in tandem with the development of the game. It’s part of the gameplay in a way that most soundtracks aren’t. 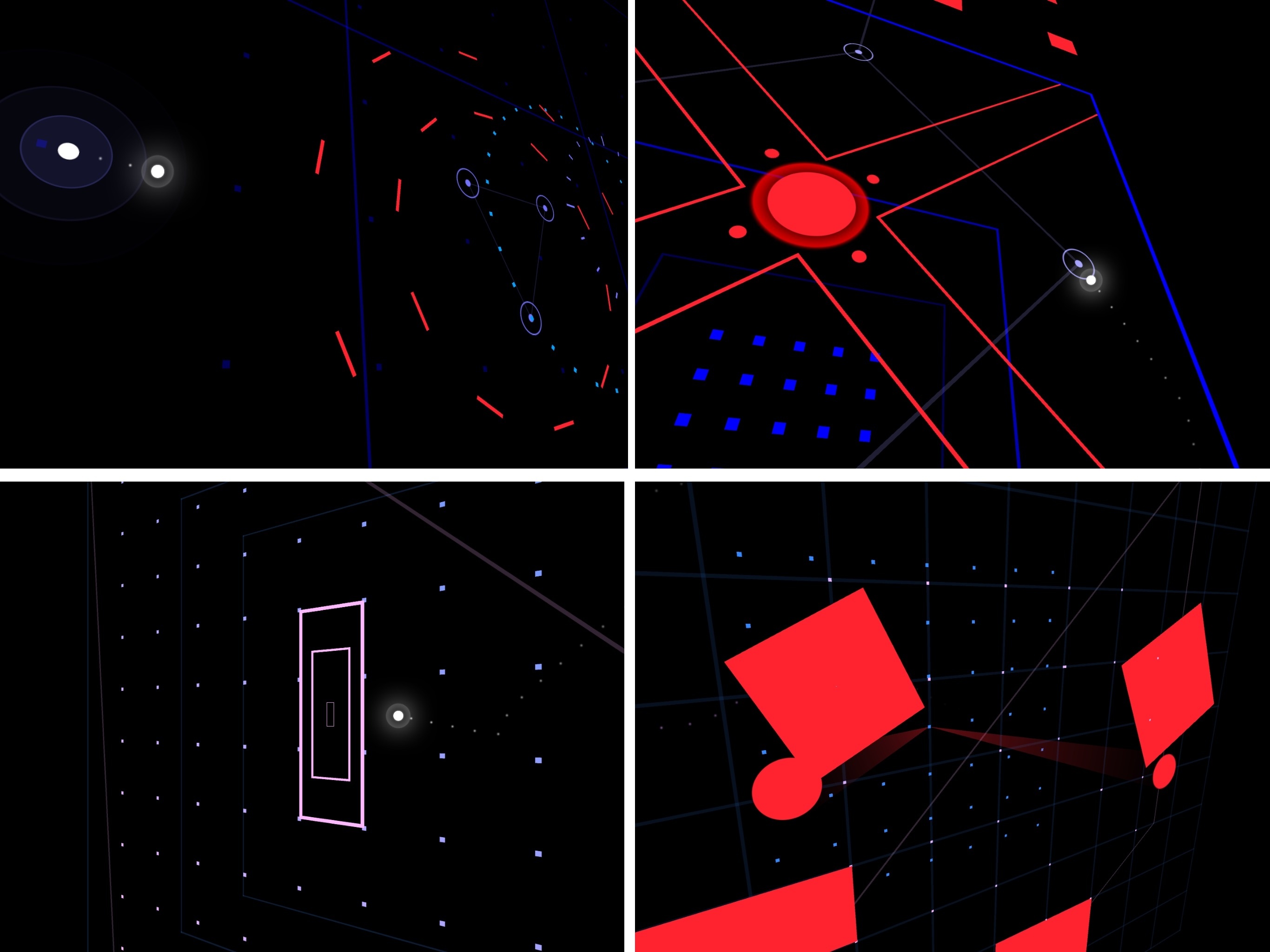 The 3D geometry of Nightgate immediately took me back to 80s arcade games like Tempest and Battle Zone. But here, instead of playing from a fixed point of view, you traverse the landscape as it floats and moves around you. The visuals are a highlight of Nightgate and easy to capture with an in-game camera that lets you frame the perfect shot by dragging your finger across the screen.

Nightgate works on iOS devices and the Apple TV. I played on my iPad Pro and for a little while on the Apple TV. I have to hand it to Semidome for incorporating iCloud sync so you can pick up where you left off on any device. Too few game developers implement sync in their games these days and it drives me a little crazy. 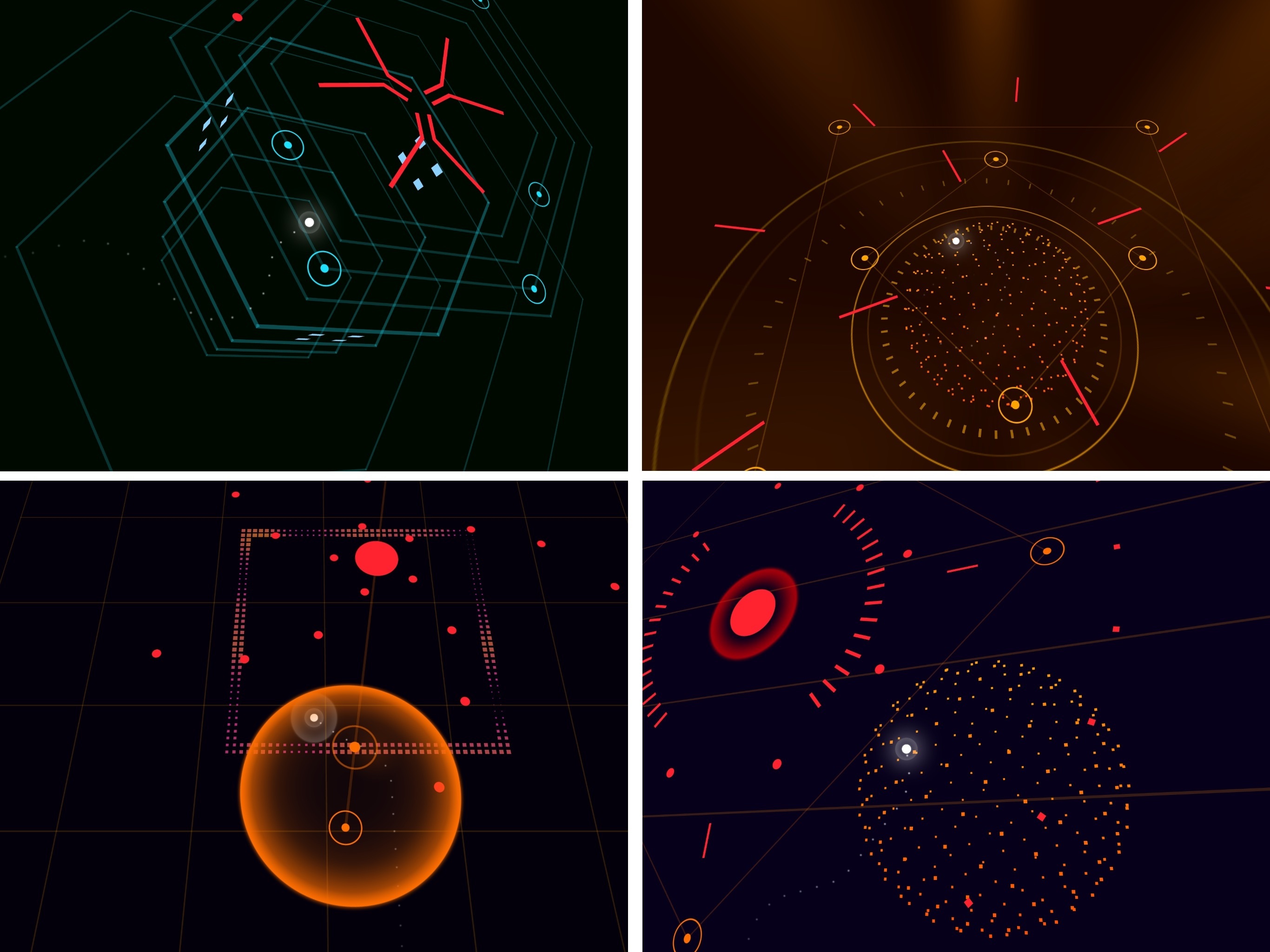 One missed opportunity in Nightgate though, is the Apple TV implementation. Guiding your sphere using the Siri Remote works well, but I couldn’t get my Nimbus SteelSeries controller to work with the game. A thumbstick seems like the perfect way to control your sphere.

What makes Nightgate special is how the visuals come together with the soundtrack to create an unified experience. Nightgate is challenging without being hard, which fits perfectly with the game’s personality, but means it’s not for someone looking to test their reflexes or be pushed hard by a game. Instead, what you get is a fun, immersive experience that pulls you in and provides a nice break from whatever might be on your mind.

Grab Nightgate on the App Store at its introductory price of just $2.99, after which it will be $3.99. If you want to get the soundtrack too, it’s available for $6.99 on the iTunes Store and $7.00 on Bandcamp or can be streamed on Apple Music.