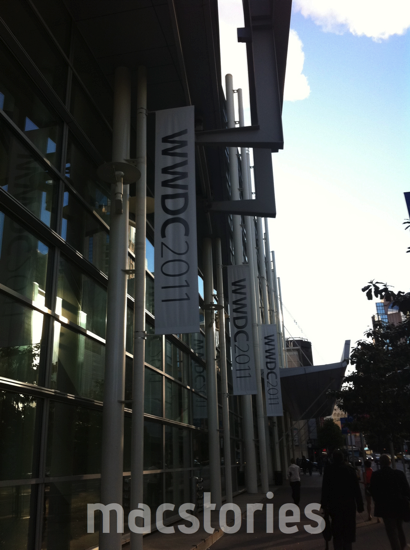 Our heads have been in the clouds for the last few months as Apple put the finishing touches on their Carolinian data center, convinced all four record labels to get onboard for iCloud, and Lion has been nothing but a leaky faucet when it comes to features, but iOS 5 and iCloud have been Apple’s best kept secrets to date. The big data center theory is that Apple will use iCloud for more than music, and I was happier than a clam when both the LA Times and CNet all but reaffirmed my suspicions about Apple’s desires for the new streaming technology.

On top of all the rumors, iCloud suddenly became the center star of speculation beyond the talks of media as AirPorts and Time Capsule supplies are beginning to run dry in Apple retail stores. Could iOS updates be cached on our wireless access points before installation? Could Apple be looking to distribute these updates without user intervention? Suddenly everything we know about iCloud, and Apple’s current odd child Mobile Me, has been turned on its head. What’s in store for Monday hasn’t yet made it into rumor-mongering hands. And that iSync-like icon? Highly suspicious.

We have a feeling that this WWDC is going to be the biggest we’ve seen in years, and we hope you’re certainly prepared for our caffeine-drip-fueled coverage starting Monday. Keep your eyes glued on MacStories for all the latest updates - we’ll be covering the Keynote with our friends from across the web (video or no-video), bringing you work-a-holics a consolidated text feed. We’re going to start early at 9:30 PDT for casual chit-chat, predictions, and maybe eat a donut or two before the show begins.

Don’t see your city? You can use this link to get your exact time.

Photos from Moscone West below.

Update: It’s 4 AM in San Francisco and hundreds of people are already in line at Moscone West, waiting for today’s keynote. Some photos from our friend @glasshouseapps: 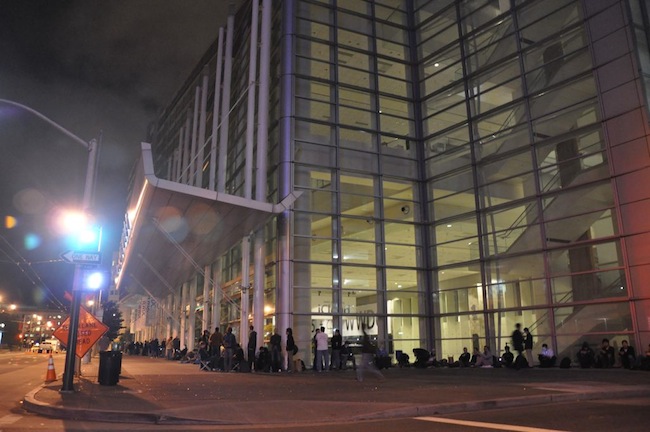 Update #2: More photos taken a few minutes ago at around 4.15 AM, courtesy of Aaron Ash. As Aaron notes, the long line is now approaching the end of Moscone’s side wall. 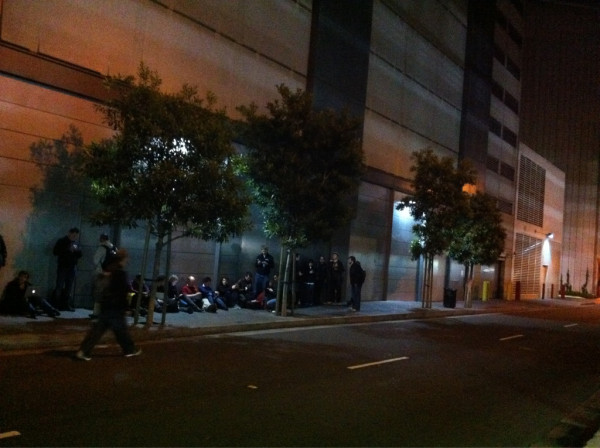 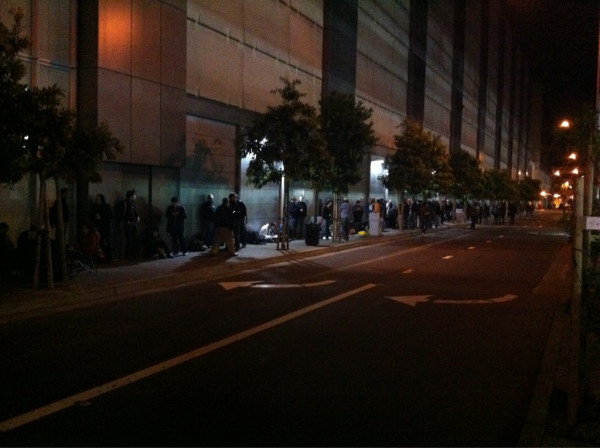 Update 7.50 AM: Apple has started letting people inside the Moscone West in groups of 50, here are some new pictures of OS X Lion banners from the convention center. [via Aaron Ash] 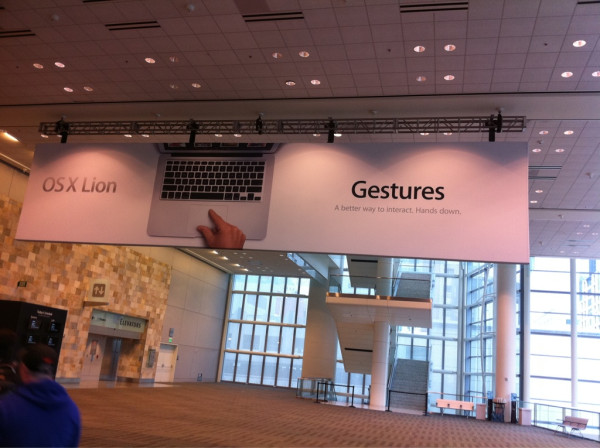 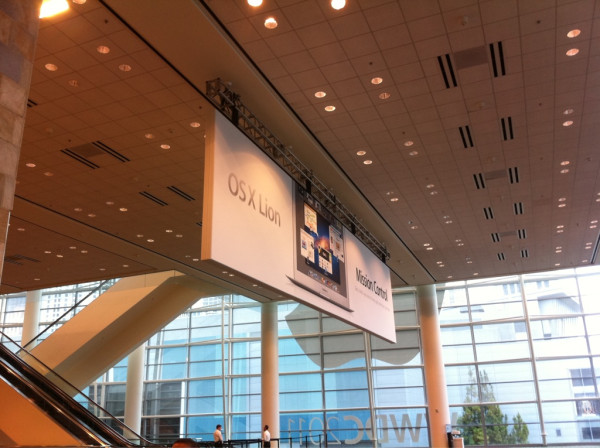