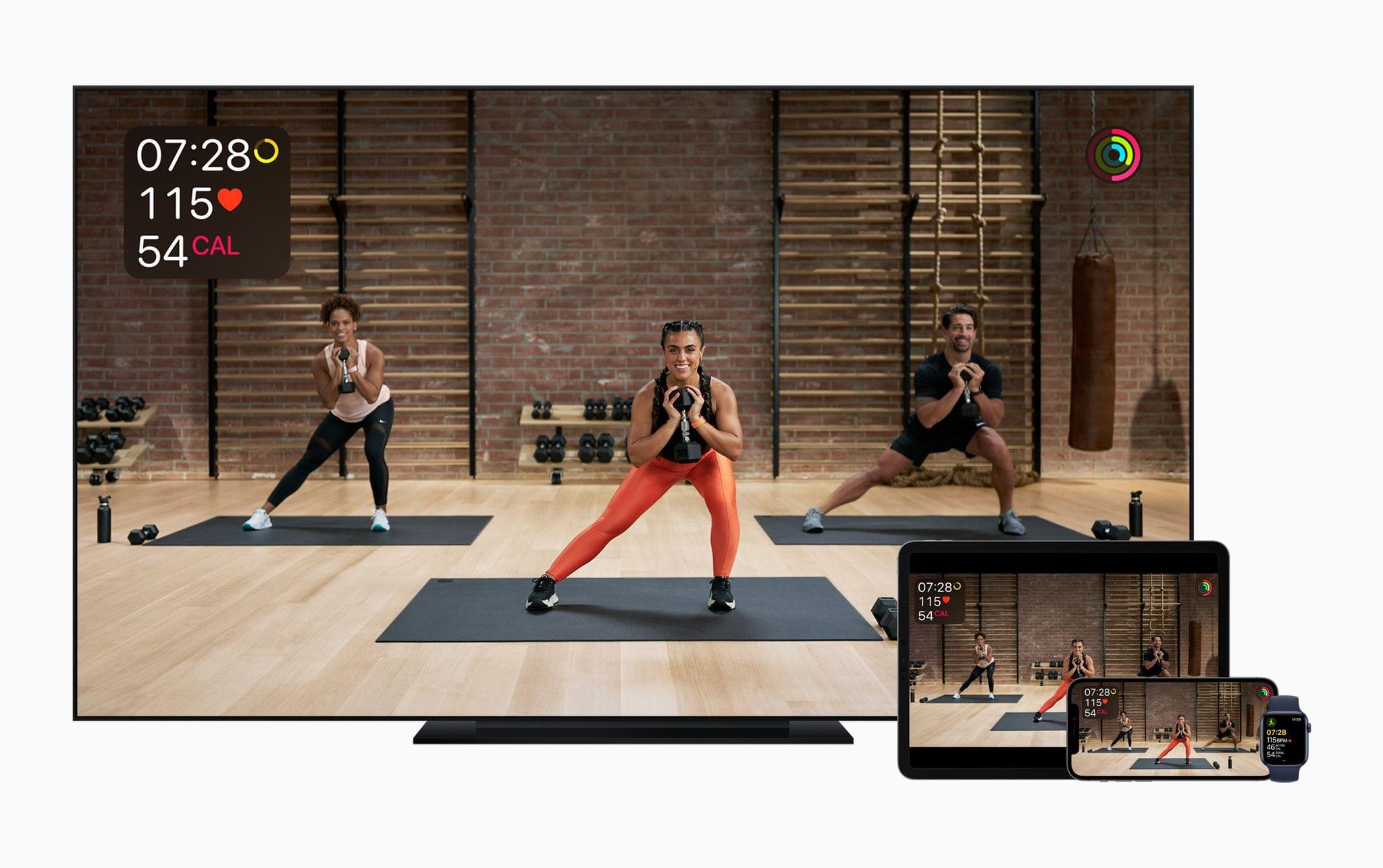 Fitness+ costs $9.99/month or $79.99/year and requires an Apple Watch Series 3 or later. The service is also part of the Premier tier of the Apple One service bundle, which also includes Apple Music, Apple TV+, Apple Arcade, Apple News+, and 2TB of shared iCloud storage for $29.95 for up to six family members. Fitness+ offers a 1-month free trial to everyone and a 3-month free trial for anyone who purchased an Apple Watch on September 15th or later. 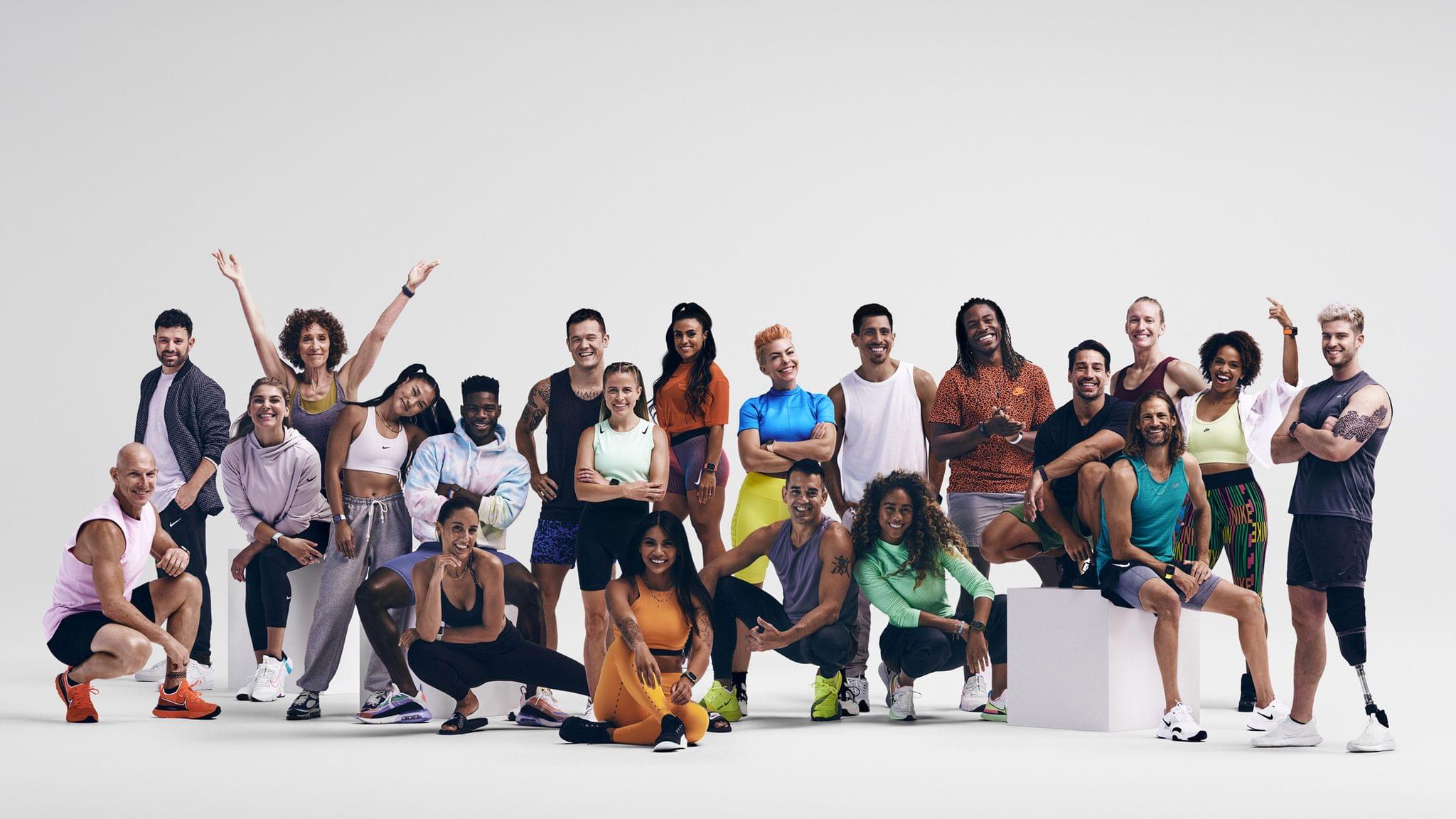 Apple has hired a team of fitness instructors to provide a steady stream of studio-style fitness classes that can be watched from an iPhone, iPad, or Apple TV. Classes are integrated with the Apple Watch, which transmits fitness metrics to the device you’re watching a class on, displaying them onscreen as you exercise. Metrics tracked include workout duration, calories burned, heart rate, and Activity ring status. 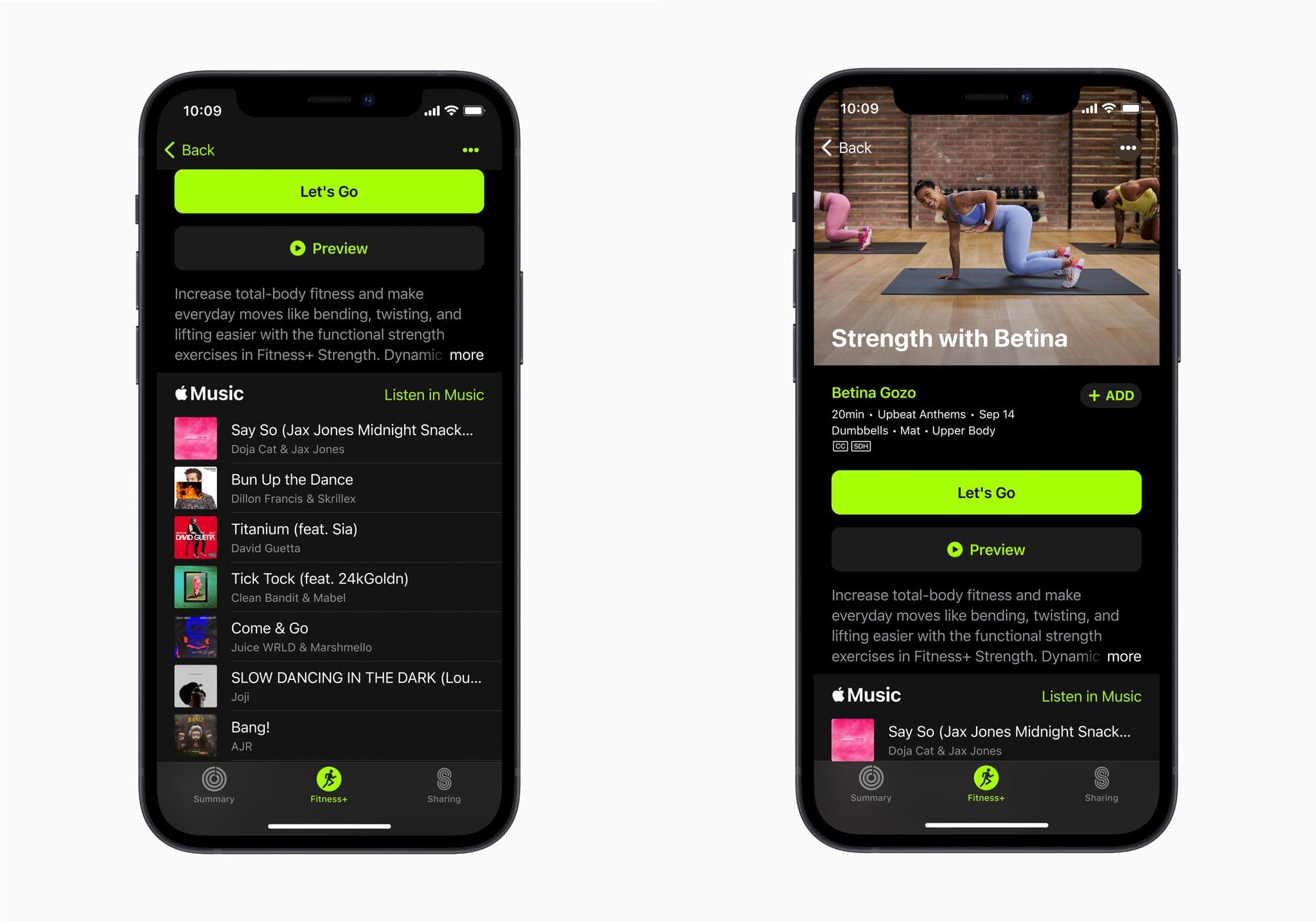 The new service is also tightly integrated with Apple Music. According to Apple:

Music is a central part of the Apple Fitness+ experience, and the trainer team weaves music throughout the design of every workout. Users can choose from nine different styles, including Latest Hits, Chill Vibes, Upbeat Anthems, Pure Dance, Throwback Hits, Everything Rock, Latin Grooves, Hip Hop/R&B, and Top Country, and see the full workout playlist before they start. They can also filter by music to find the right workout to fit their current mood. An Apple Music subscription is not required to enjoy the music in Fitness+, but for those who have one, favorite songs or an entire playlist from Fitness+ workouts can be downloaded to their Apple Music library to listen anytime.

Apple is offering ten categories of classes at launch including the following nine categories: 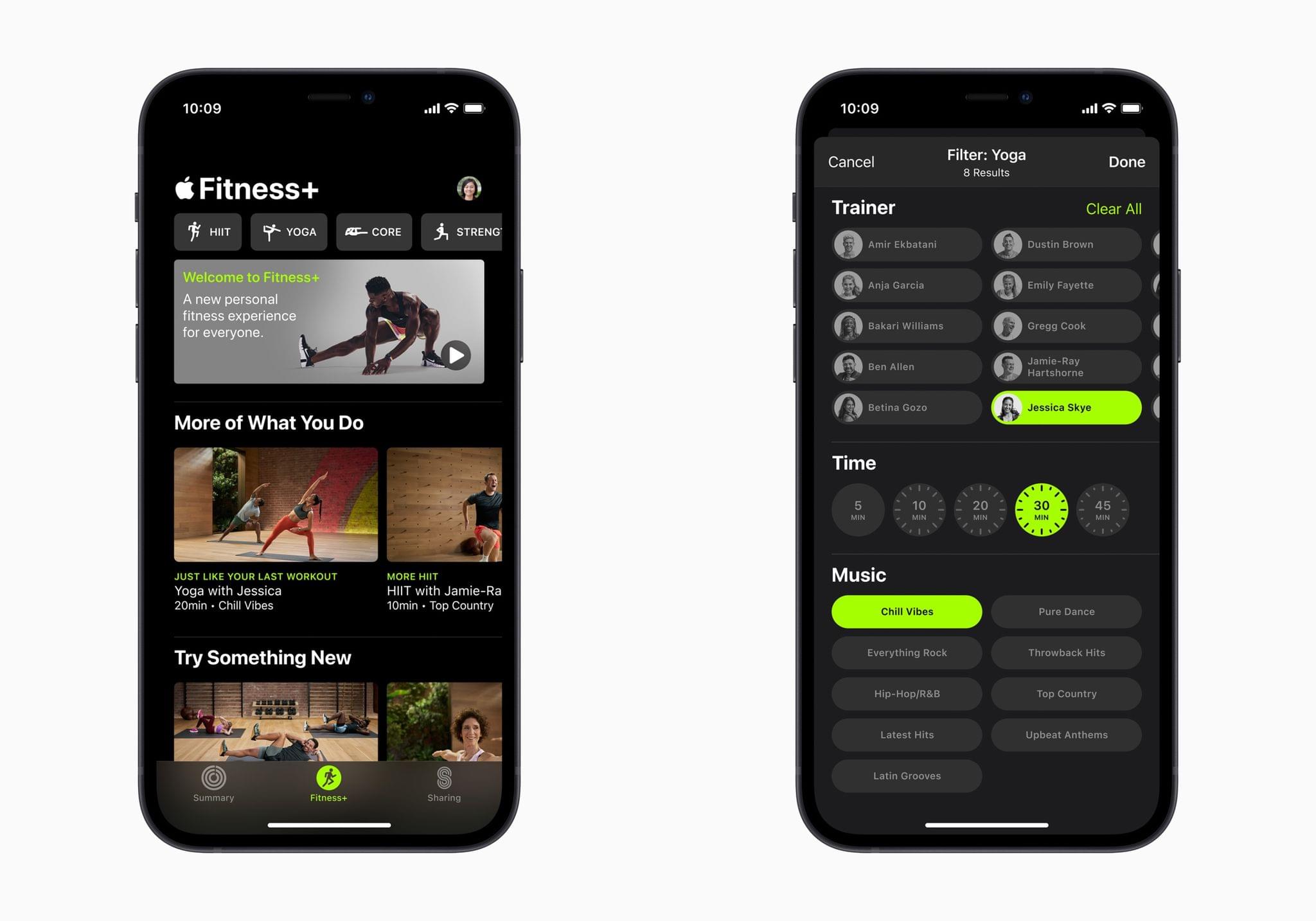 Fitness+ classes can be accessed from a new tab in the iPhone’s Fitness app, which is also available on the iPad and Apple TV for the first time. 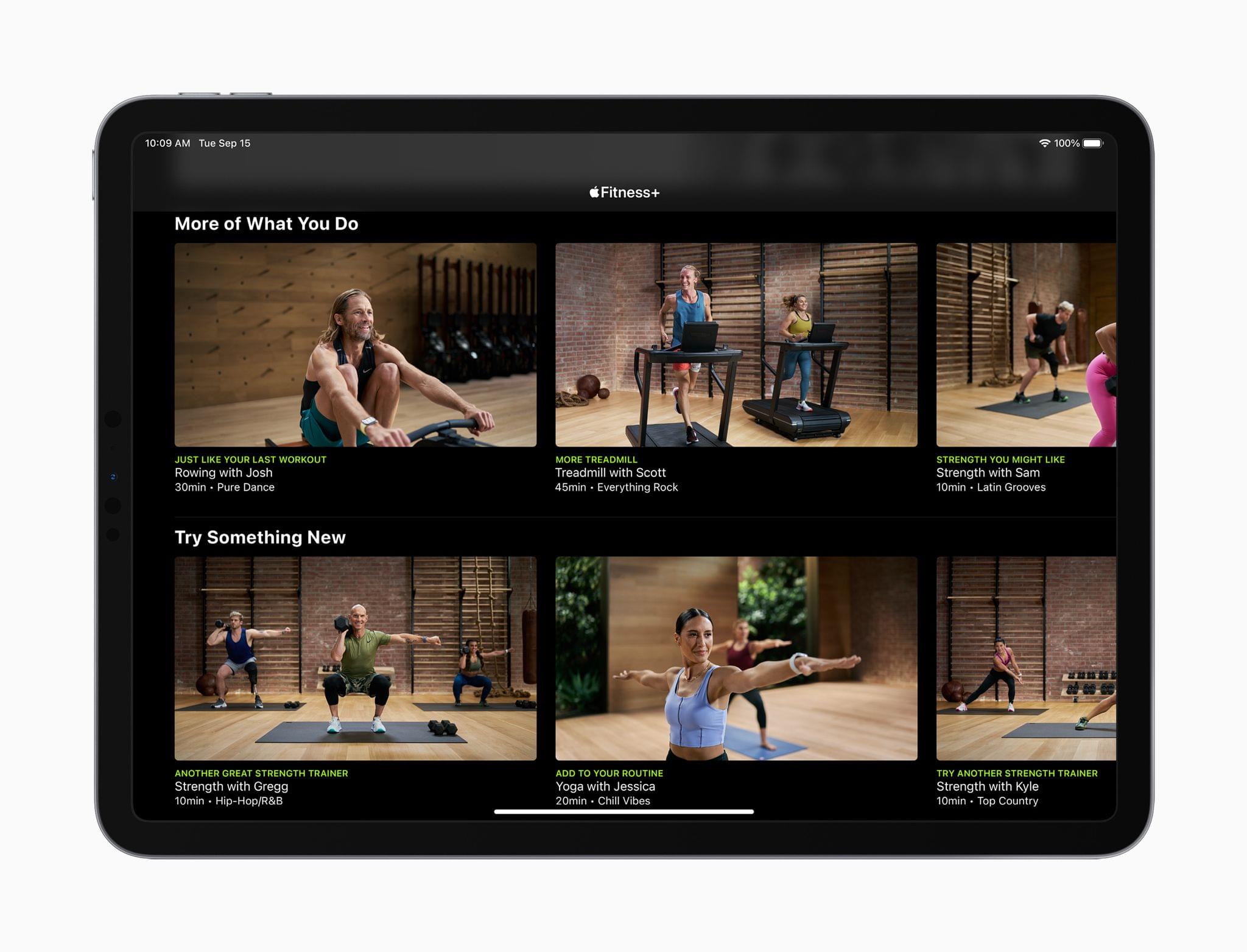 In September, Apple said that new classes will be added every week and that classes will be intelligently recommended to subscribers based on their fitness level and past classes. The service is meant to accommodate a wide range of users from beginners to experts and minimize the equipment necessary to participate in classes.

I enjoy going for long walks and runs outside during the summer, but I’ve been looking forward to Fitness+’s launch with the weather turning cold in Chicago. I still plan to get outside this winter, but having the option to exercise indoors on a cold, snowy day is appealing, and I hope Fitness+ will help keep me in reasonable shape until I can lace up my running shoes again and head outdoors.