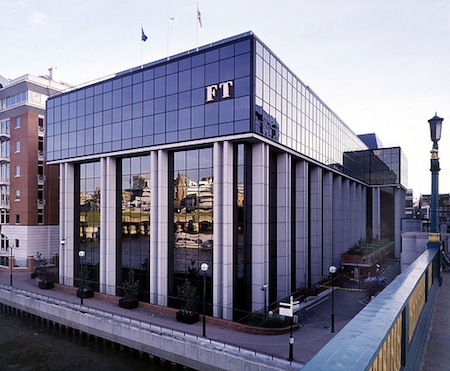 Following a statement from late February in which Pearson’s CEO Marjorie Scardino expressed her concerns about the Financial Times iPad application having to comply to Apple’s new rules on iTunes subscriptions for apps, managing director of FT.com Rob Grimshaw told Reuters today that the publication won’t give up their “subscriber relationship” to Apple – which has implemented an opt-in policy so users can decide whether or not their personal data should be shared with a publisher. Apple also takes a 30% cut off every subscription sold through the App Store, inside iOS applications. According to a previous report, developers will need to update their existing publishing apps to include subscriptions by June.

Currently, the Financial Times sells subscriptions to the print and digital editions of the paper on their website – a method that allows the publisher to collect subscribers’ data to promote various products and advertisements to the audience. This kind of “relationship” can’t be easily achieved with Apple’s new terms, which are optional for the user in order to protect privacy. The Financial Times says they “have a great relationship with Apple”, too, but if the business model doesn’t work out they are ready to pull the app from the App Store and release it somewhere else. Perhaps as a web app, perhaps on Android.

We don’t want to lose our direct relationship with our subscribers. It’s at the core of our business model,” Rob Grimshaw told Reuters in an interview on Monday.

He said he was hopeful of a positive outcome to negotiations with Apple, but added: “If it turns out that one or another channel doesn’t mix with the way we want to do business, there’s a large number of other channels available to us.

The Financial Times isn’t providing additional details on where the iPad app will end up if subscriptions aren’t implemented by June, but many are speculating Pearson (owner of the FT) will focus on Android and “other tablets”. The situation is interesting as the FT iPad app is generating 20% of the publication’s subscribers and millions in revenue – but they don’t want to comply to Apple’s terms as, in their own words, they “have something to lose”.