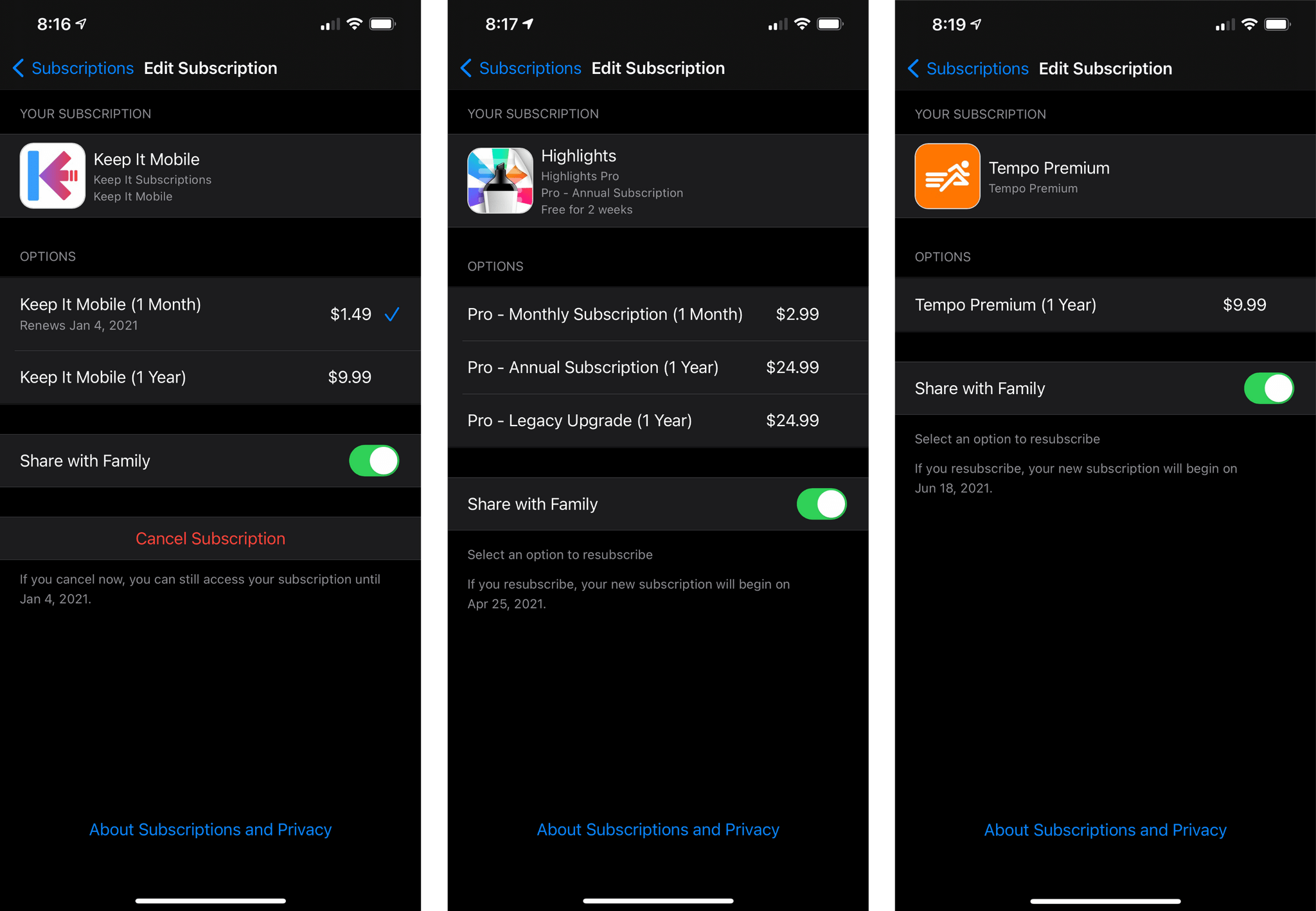 Yesterday, thanks to the excellent information storage and management app Keep It, Federico discovered that Apple had activated Family Sharing of In-App Purchases, including subscriptions.

Not sure if this is an iOS 14.3 feature or not, but nice touch regardless: when a developer enables Family Sharing for subscriptions, you get a notification and you can choose to share it with other family members or not. pic.twitter.com/wyXVoX0sto

Family Sharing of In-App Purchases and subscriptions is optional for developers who must turn it on in the App Store Connect as Keep It developer Steve Harris explains in this Twitter thread:

App developer PSA: it is now possible to enable Family Sharing for IAPs and subscriptions, but you have to turn that on in App Store Connect. For subscriptions, it’s under the duration… pic.twitter.com/Hj3NBRN3L0

I’m glad to see Apple has activated In-App Purchase and subscription sharing among families. With the increasing popularity of subscriptions, Family Sharing was quickly becoming less valuable to users who wanted their entire family to have access to an app. Although the feature requires developers to opt-in, three of my subscriptions have adopted Family Sharing, so I’m optimistic others will follow suit.