We had the chance to take a look at the iPad App Store guys, and there’s some great stuff going on. Besides the apps you’ve probably already seen on other blogs, like Real Racing, Twitterrific or Fieldrunners, we’ve been able to take some screenshots of the other iPad apps, previously unseen.

Take a look after the break. 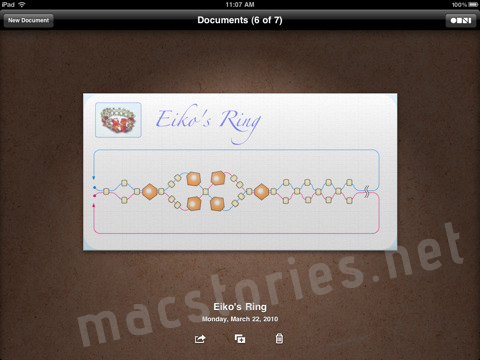 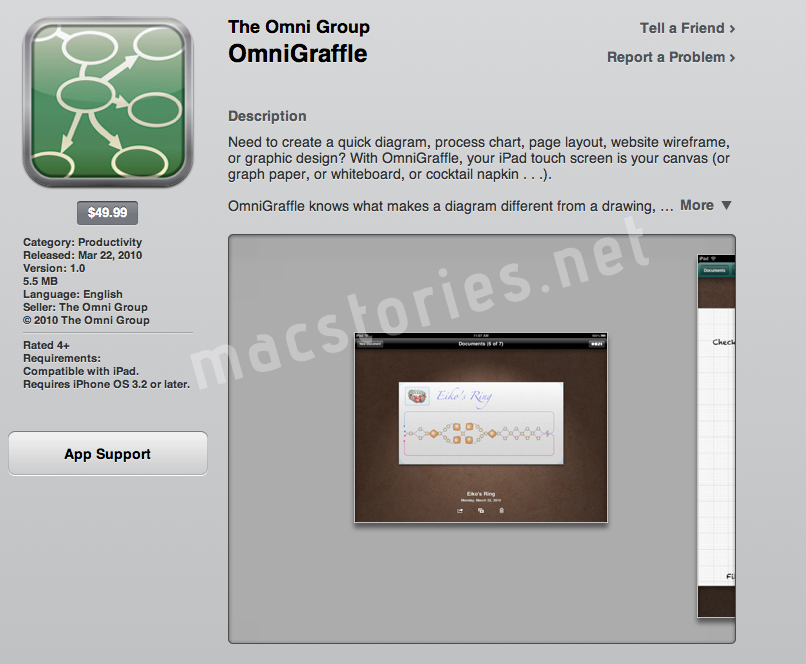 Priced at $49.99, the descriptions says: “When you’re done, share your creations via PDF export, or open them in Omnigraffle for Mac”. Seems good and overpriced.

Then we have the Yahoo! Entertainment app, which looks very nice (and sports a highly custom design). Also, free. 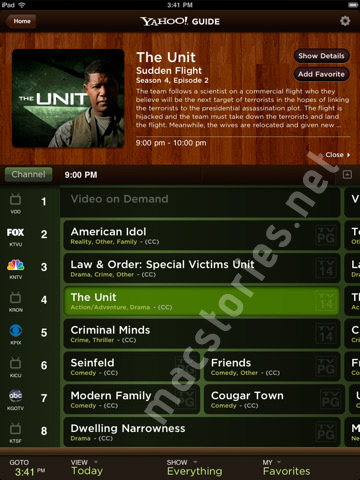 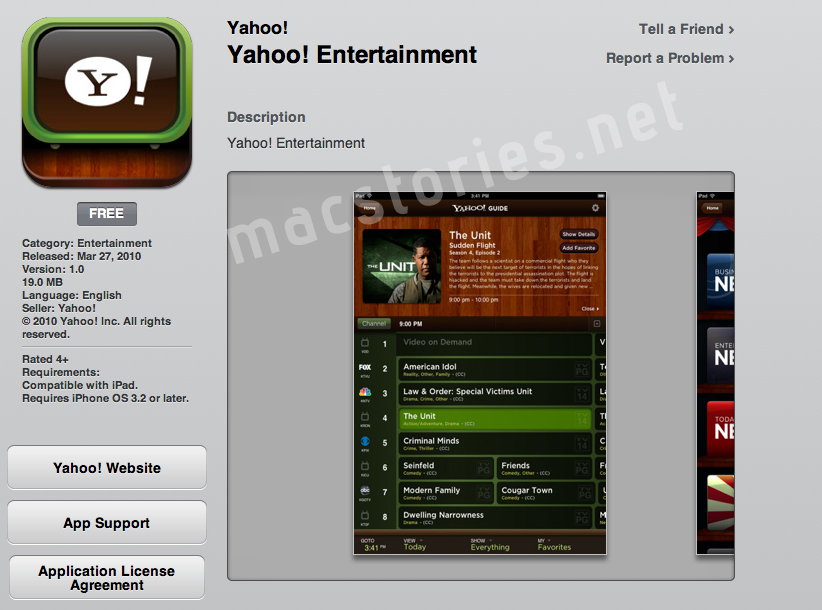 Bento, priced at $4.99, I’m not exactly a fan of the interface. Anyway, the app seems to bring many features to the iPad, including sync with Bento 3 for Mac over wifi connection. 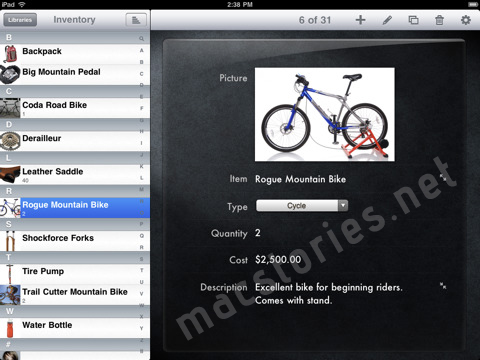 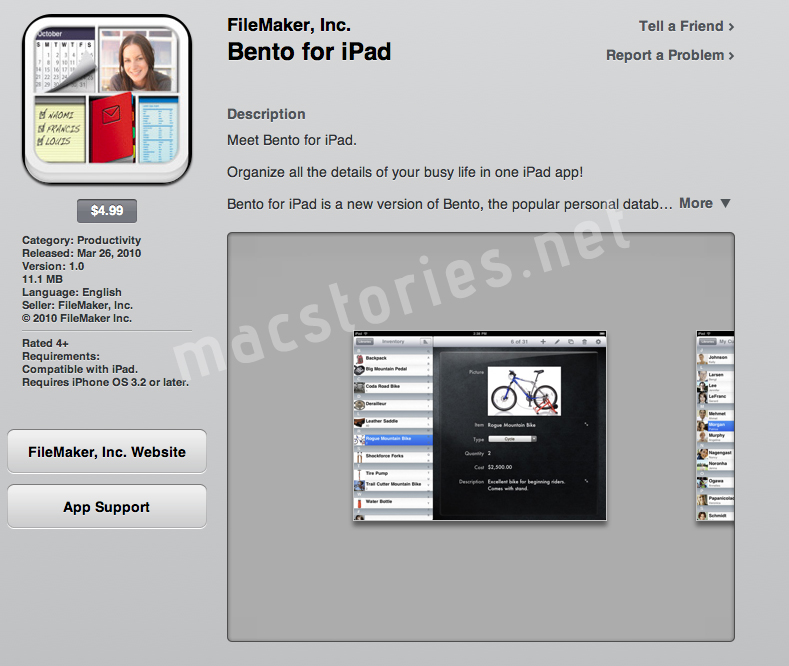 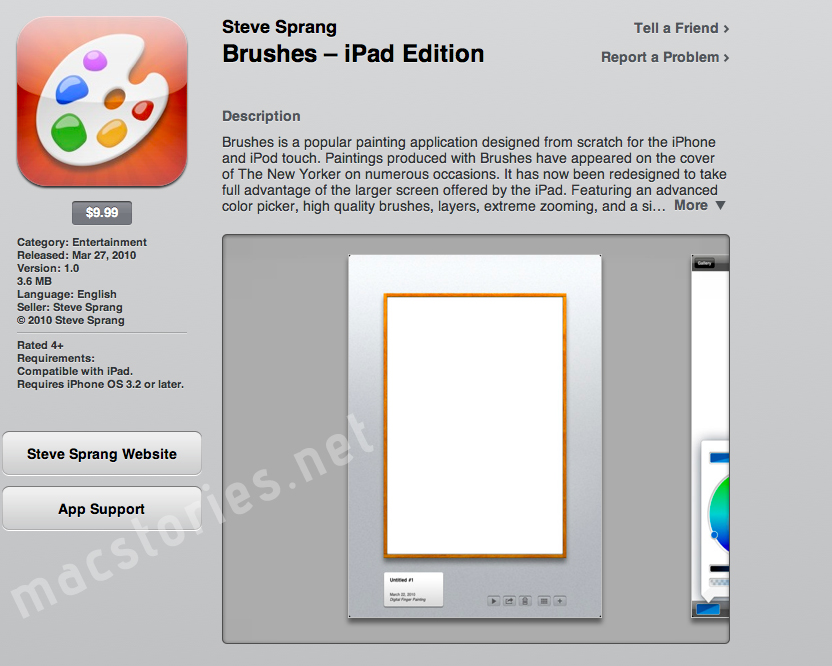 And last, a few screenshots of the actual iPad App Store as we saw it: 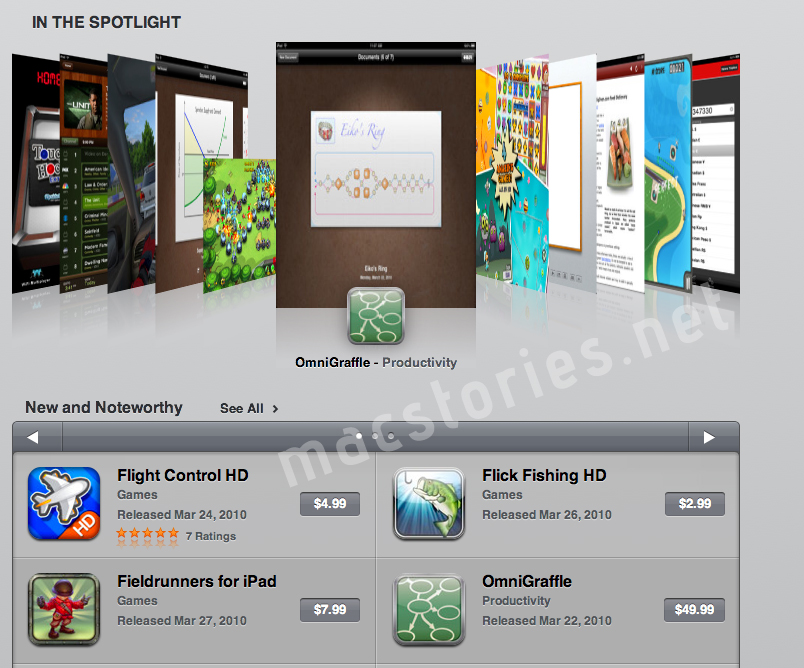 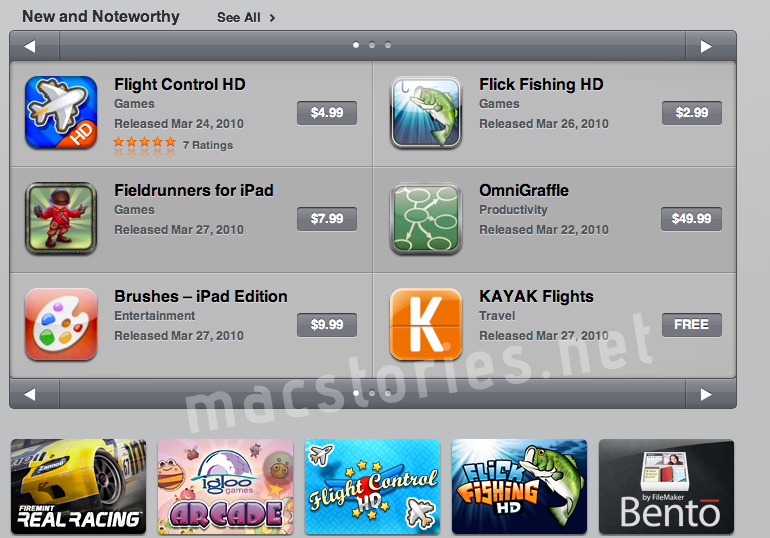