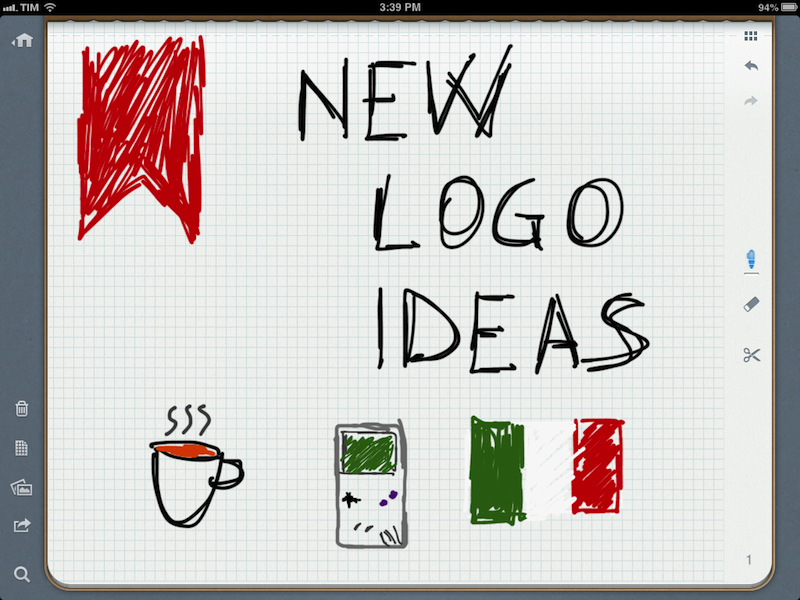 In May 2012, Evernote acquired Penultimate, one of the most popular handwriting apps for the iPad. Today, Evernote is relaunching Penultimate as a free app with built-in Evernote sync and search for handwritten notes.

I have been beta testing the new Penultimate, and, overall, I like the update. I have to admit that my usage of the application is limited to importing images into the app’s notebooks and drawing a few callouts and simple illustrations on them. I usually prefer Evernote’s other app, Skitch, for quick image annotations, but I don’t mind using Penultimate every once in a while when I need something more complex than a straight line or callout. Still, keep in mind that I don’t store hundreds of notes in Penultimate.

The first big change of the new Penultimate is Evernote integration. It can be turned off in the Settings to keep using Penultimate as a standalone handwriting tool, but Evernote is pretty aggressive in promoting the benefits of integration: sync and search will remain exclusive to those who choose to link the app to their Evernote accounts. I like how the company isn’t forcing the usage of an Evernote account, but it’s also fairly clear where the main benefits are. Evernote has explained the migration from the old Penultimate to the new one with Evernote sync in a blog post.

However, don’t expect your Penultimate notes to gain a particularly different interface in the desktop Evernote app. Penultimate will sync each notebook into an existing Evernote notebook, displaying your notes as .png images mapped to a single note. If it sounds confusing, here’s an example: I have a notebook in Penultimate called “Notes”; inside this notebook, there are sketches organized as pages. In Penultimate, I can choose to sync to a “Penultimate” notebook in Evernote, or any other notebook in my Evernote account. This is done through the “Keep In” option in the app’s Settings. For consistency, I chose my Evernote Inbox. Once synced, the Penultimate notebook called Notes will become an Evernote note called “Notes”, using images of my pages as content. 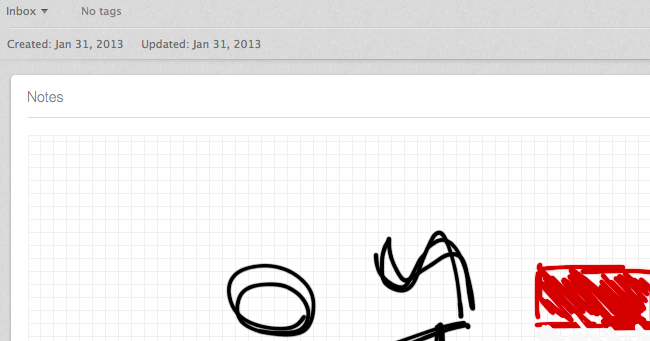 If you try to open the just-synced notebook in Evernote for Mac, the app will say that you can’t edit it because it was “created in another application”. I assume that, in order to avoid conflicts with edits made on the Mac but also synced to Penultimate, Evernote went for a simple “lock” mode that makes the notes available on the Mac, albeit without the possibility of editing them (the same happens with Skitch sync).[1] This is the downside of using Evernote as a both a location to sync files and an application to edit them; unlike Dropbox – which relies on other apps to open the files it contains – Evernote wants to be a note editor and a file manager at the same time, leading to a confusing mix of notes you can edit and notes that come from other apps. As I’ve always said, this can either be fixed by releasing standalone desktop companions (Skitch for Mac syncs to Skitch for iOS) or by making sure the difference of Evernote notes Vs. other Evernote notes is clear. It seems Evernote wants to try both paths, and I still think both Skitch and Penultimate notes could use a better, different visual representation inside the Evernote app to avoid confusion.

I appreciate the convenience of seeing Penultimate notes on the desktop, but I believe that search will turn out to be many’s favorite addition in this update. By using handwriting recognition on the Evernote servers, Penultimate is capable of letting you find what you wrote through a search box. In practice, as someone with terrible handwriting, I noticed Penultimate couldn’t find my notes unless I wrote with block letters. I am comforted by the fact that Evernote’s own blog post shows the same kind of handwriting in the section about text recognition. Handwriting recognition is still hard. They also mention that the servers need a few minutes to process handwriting, and I can confirm that’s the case with Penultimate 4.0. Once it’s processed, I really like how results are highlighted in yellow directly on the pages that match your search query.

Surprisingly, even after the acquisition, Evernote kept Dropbox sharing and in-app purchases in this new version of the app. Dropbox sharing can be configured from the Settings and it’ll let you send a notebook (or individual pages) directly to Dropbox as flattened PDFs (an entire notebook) or PNGs (single notes).[2] Pages will be saved with the paper pattern you were using in the app; more papers can be bought in the Paper Shop that is still available inside Penultimate.

I am not a Penultimate power user, therefore I really can’t judge the reshuffling of various menus and tools. However, I can say that ink appears faster and smoother to me in this version, and I was already a fan of how Penultimate rendered virtual ink.[3] Overall, I’ve found the app very easy and fun to use with my iPad mini, thanks to the reduced weight of the device that makes it less stressing on my wrist to hold the iPad with one hand and sketch with the other.