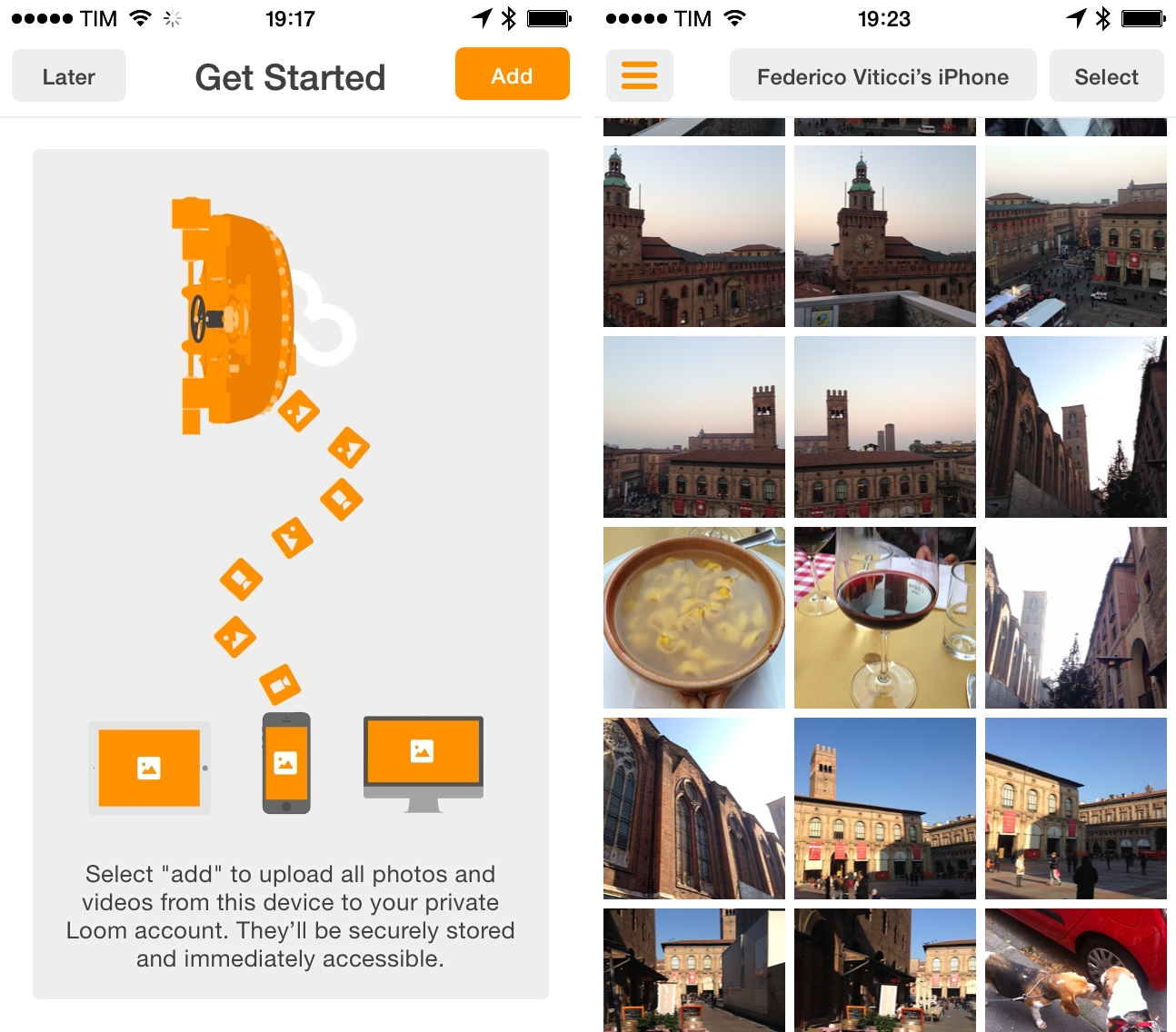 With a notice posted on their website today, Loom, a photo storage and management service originally launched in July 2013, announced that they’ve been acquired by Dropbox and will be joining the company.

Often regarded as “what Apple’s Photo Stream” should have been, Loom was designed to keep one library of photos in sync across devices, with support for albums, full-res versions of the original files, and more. Built to let users delete media from their local devices, Loom featured support for both photos and videos, with automatic upload functionalities in a native iOS app and a desktop uploader for OS X.

We needed something that works seamlessly. A personal media library that is the same wherever you go, and there when you need it. Something effortlessly expandable, that can grow with your library, so you never run out of space. Easy to organize and manage, giving you complete control.

That is why we built Loom. We’re making it quick and easy for you to access and manage your entire photo and video library on every device, without taking up local storage space.

On April 9, Dropbox officially introduced Carousel, an iPhone and Android app aimed at replacing a device’s local Camera Roll with Dropbox photo storage. Carousel displays photos with a vertical grid of thumbnails reminiscent of Loom, and, like Loom, it supports both photos and videos stored in the cloud; unlike Loom, Carousel doesn’t have iPad or web clients for now, as it’s limited to an iPhone app with basic web sharing features. Loom allowed users to manage uploads on their computers with a desktop uploader, an option that is already available in the official Dropbox app for OS X with automatic Camera Uploads.

We know this is a big deal. This decision was made with great care. We have worked hard on our product and feel that our vision aligns perfectly with Dropbox’s vision for Carousel. Dropbox has invested the past seven years focusing on building a secure home for your files. And now with Carousel comes a home for your photos and videos as well. We share the common goal of crafting a high quality product, always putting users’ needs first. After spending some serious time investigating if this was the right move for us, we realized that Dropbox has solved many problems around scaling infrastructure and at Dropbox the Loom team will be able to focus entirely on building great features with a fantastic user experience. We are enthusiastic about being able to contribute our ground level perspective to help craft a beautiful experience for our users. And at the end of the day, that’s what matters most to us.

Loom allowed users to set up a free trial with 5 GB of storage and the possibility to extend free space to 10 GB through referrals; the service had both monthly and yearly plans starting at $4.99 and $49.99 respectively for 50 GB of storage.

For existing Loom users, Dropbox has built a migration tool that will transfer photos from Loom to Dropbox; Loom storage will be converted to Dropbox storage for free users, while Loom Pro customers will keep the same storage on Dropbox for free, for a year. Existing Loom users will be able to continue using the service until May 16, 2014; users will also be able to request an archive of their libraries with original photos and videos in a .zip archive.

Loom marks the second acquisition by Dropbox in the past month – in late March, the company acquired social reading app Readmill for an undisclosed sum.