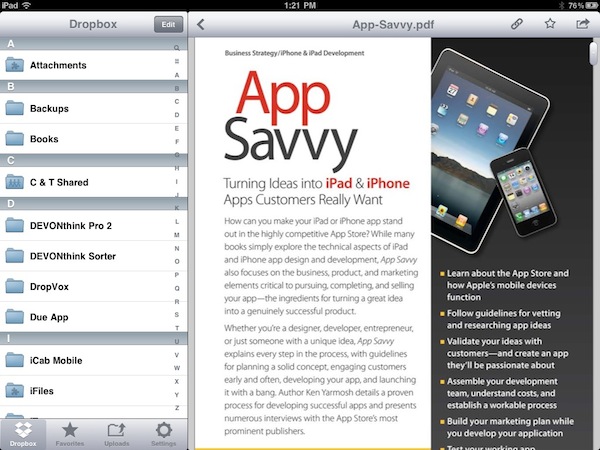 A major update to the official Dropbox app for iOS was released night in the App Store, and it adds important new functionalities to the uploading aspect of the app. Originally released last May on the iPad (a  month after the iPad 1 went on sale), the app was often criticized because of its unintuitive navigation and limited upload features that didn’t allow users to interact with external applications or navigate between folders and starred items with ease. The latest update, version 1.4, aims at fixing these usability issues by bringing tabs back. Instead of having to tap on buttons in the top toolbar, Favorites, Uploads and Settings are accessible alongside the main Dropbox folder in a series of tabs at the bottom.

The most notable feature, however, is the complete revamp of uploads. Not only can Dropbox upload multiple photos and videos at once from your camera roll, it can also accept direct uploads from external apps thanks to the “Open In” menu. For example, you can select a document from apps like Mail and iFiles, send it to Dropbox, and have Dropbox automatically open the upload interface letting you pick a destination for the document you’re importing. It’s fast and works really well.

Dropbox 1.4 is available for free in the App Store. 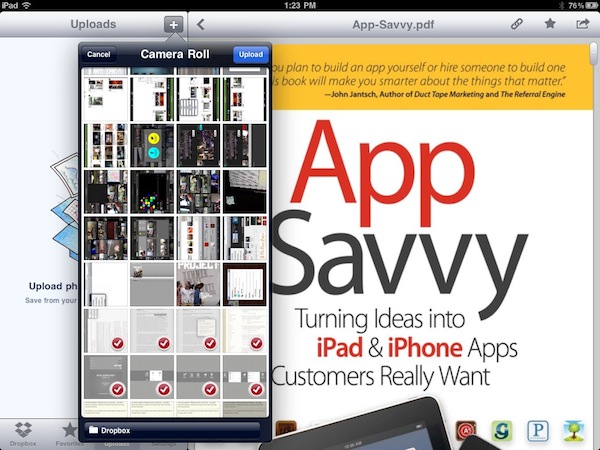 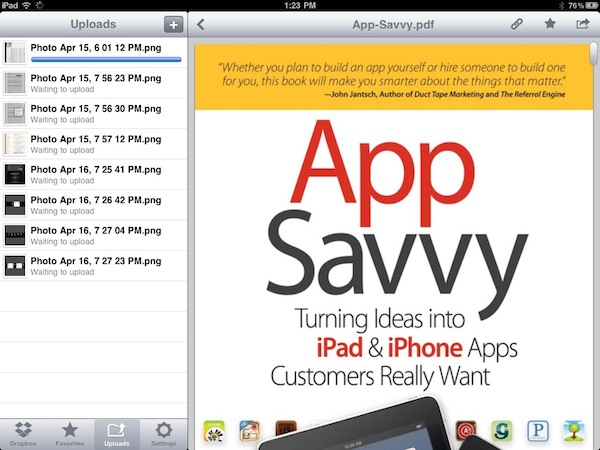 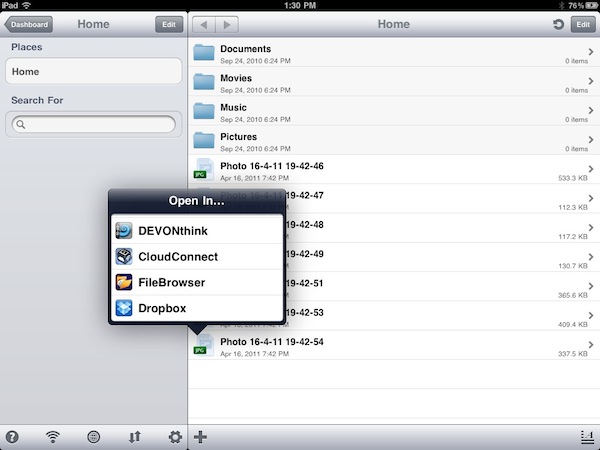