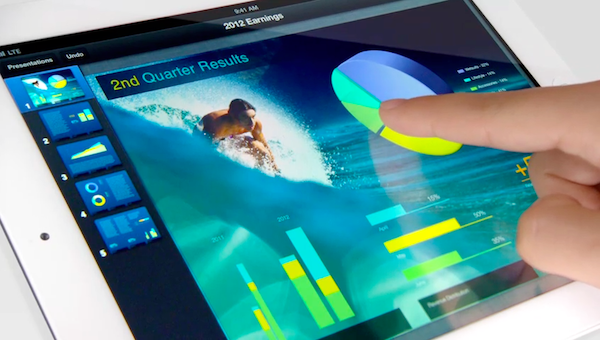 Following Microsoft’s announcement of their Windows 8 Surface tablets, Apple has posted their latest commercial for the new iPad titled, “Do It All.” Panning over the new iPad’s Retina display, “Do It All” highlight’s the iPad’s bullet points for sending email, reading magazines, watching movies, and learning, while also touching on content creation with slideshows, managing photos, and painting. Demonstrated earlier in the evening, Microsoft’s Windows 8 RT Surface tablet will come with Microsoft Office Home & Student 2013, while Microsoft’s Windows 8 Pro Surface tablet features a pressure sensitive pen stylus and palm recognition. While Microsoft’s event focused on bolstering the tablet form factor with the power of a touch-sensitive desktop OS, unfortunately Microsoft did not announce pricing or availability amidst the applause. Apple’s timing with their latest commercial is impeccable, and as a response, it’s as if to remind their competitor that you can already do quite a bit with a tablet that’s available right now thanks to the iPad’s broad app ecosystem. You can check out Apple’s commercial past the break, on YouTube, or on Apple’s website.