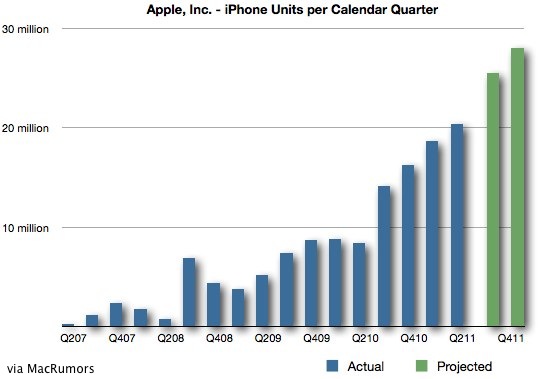 Continued production of the iPhone 4 in the fourth quarter would suggest that Apple is interested in following its recent trend of making the ‘old’ iPhone a cheaper option for those looking to purchase an iPhone. If these suggested forecast figures become reality, it would mean that Apple produces, and likely sells, 95 million iPhones (any generation) over the course of the 2011 calendar year.

[Via DigiTimes, Image via MacRumors]