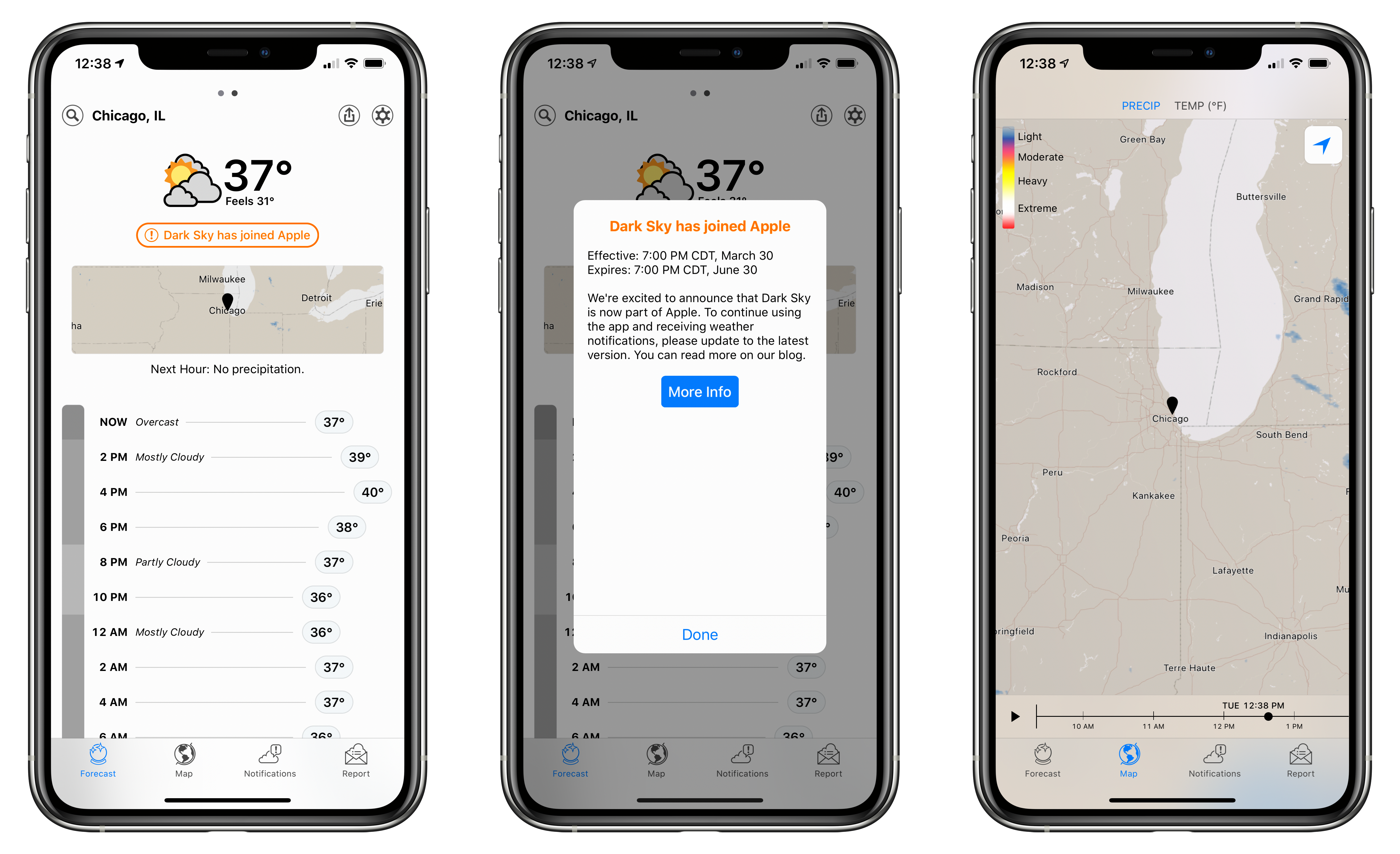 Dark Sky, the maker of the popular weather app by the same name, announced on its blog (and in its iOS app) that it has joined Apple.

Our goal has always been to provide the world with the best weather information possible, to help as many people as we can stay dry and safe, and to do so in a way that respects your privacy.

There is no better place to accomplish these goals than at Apple. We’re thrilled to have the opportunity to reach far more people, with far more impact, than we ever could alone.

According to the company, its iOS app will continue to be made available on the App Store. However, the Android and Wear OS apps will be discontinued and the service will no longer work after July 1, 2020. Subscribers active at that time will receive a refund. Likewise, the weather forecast, maps, and embeds portions of the Dark Sky website will be discontinued after July 1, 2020.

Dark Sky is also the maker of an API that is used by many, many third-party weather apps. Dark Sky says it is no longer accepting sign-ups for the API and that it will be discontinued at the end of 2021. Although that’s a long way off, the change is going to impact many users’ favorite weather apps on iOS.

Dark Sky’s announcement comes as a surprise, but it certainly makes sense from Apple’s perspective. Weather data is notoriously expensive and Dark Sky has some of the most accurate forecast data for many parts of the world, which undoubtedly made it an attractive acquisition. It will be a shame to see their data disappear from third party apps.