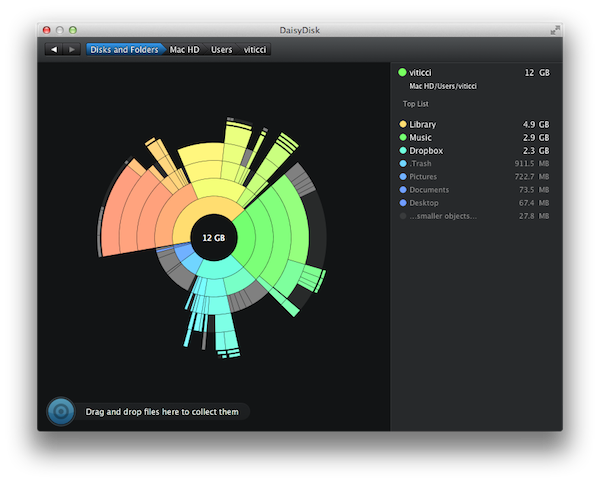 DaisyDisk is a beautiful Mac app to monitor available space on your computer’s internal and external drives, allowing you to see what’s eating up your drive’s GBs (or TBs) and easily remove it. I’ve taken a look at how DaisyDisk fits in my backup workflow before, as well as the new features and design changes introduced in version 2.0, a major update released earlier this year.

With version 2.1 released today, DaisyDisk gets more Lion-friendly with support for full-screen mode, and FileVault 2. For those unaware of Apple’s new whole-disk encryption system for OS X Lion, you can read more in my review of the 13-inch MacBook Air, where I also ran some tests to compare a FileVault-less OS X installation versus one with encryption enabled. With FileVault 2 support, DaisyDisk is now capable of scanning and deleting files off encrypted drives, such as the one on my personal iMac. As you can see in the screenshots, my Mac HD shows up as “encrypted startup disk” in the main list of available drives, yet scanning it doesn’t reveal any difference from external, non-encrypted drives as far as the user experience goes. I was able to navigate between folders and drives, delete files, and rescan as administrator, although I haven’t been able to verify the “basic support for Resume” mentioned in this update’s changelog. The release notes also indicates a few bugs have been fixed, and graphical elements tweaked to make navigation more intuitive.

DaisyDisk 2.1 is available on the developers’ website both as $19.95 purchase and free trial. The DaisyDisk team, however, is running a limited-time 50% off promotion on the Mac App Store, where you can get the app at $9.99. 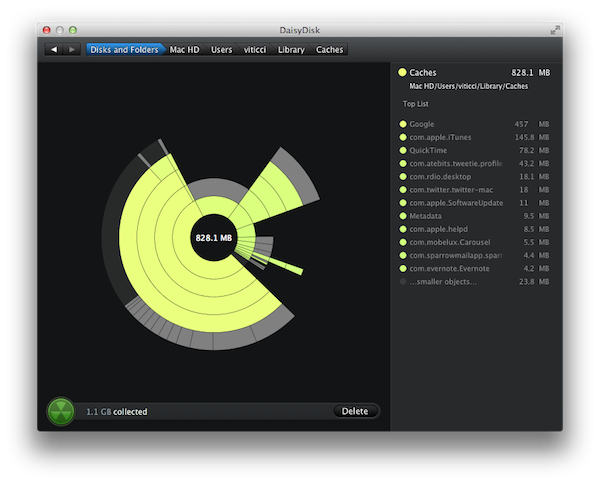