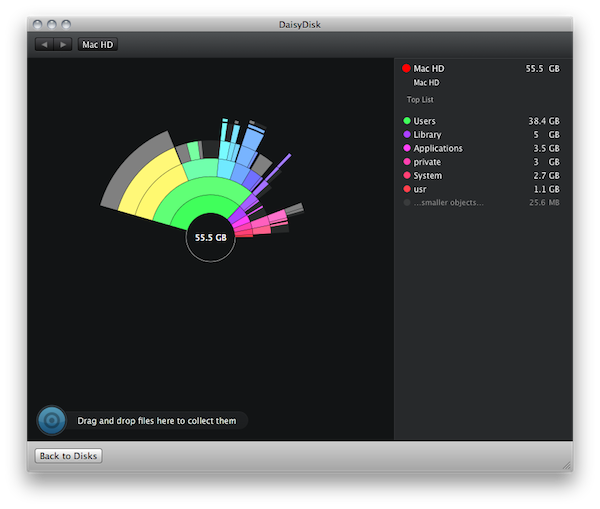 Daisy Disk is a very popular app for Mac that allows you to find files that are eating up space on your Mac’s drive. Many apps do that, and with a little bit of patience and with the help of Smart Folders you can achieve a similar functionality in the Finder itself, too. So what’s special about Daisy Disk? 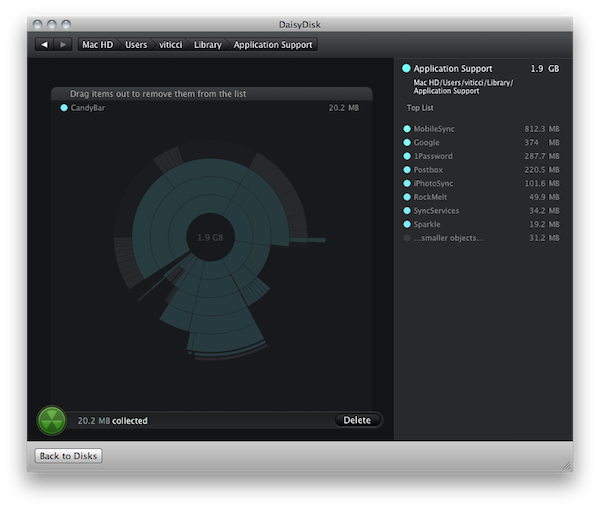 It’s all about the design: through a very peculiar “sunburst map” UI, the app enables you to search for large files visually. It looks like a flower, where large petals represent large files taking too much space on your Mac. The first version of Daisy Disk gained a lots of users and was acclaimed on most every Apple-related publication, although it didn’t allow you to delete files in-app. You had to manually open them in the Finder and drag them to the trash. Version 2.0 of Daisy Disk, coming later this year, is going to change that.

We were able to test an early alpha version of the app, and while it retains the popular UI approach and basic functionalities (click to expand “petals”, go back to the main sunburst map) the developers have rewritten everything on top of CoreAnimation and have implemented in-app file deletion through a “collect” feature. You’ll also be able to scan multiple sources at once, read more informative disk descriptions and lots more. Without giving away all the details just yet, Daisy Disk 2.0 looks a lot like its predecessor but it’s, indeed, a brand new application.

Daisy Disk 2.0 is set to ship before the end of the year. We’ll follow the development of the update closely and will keep you posted about it. In the meantime, my SSD is pretty happy about DD 2 finding those iTunes backups wasting 8GB for backups every week.