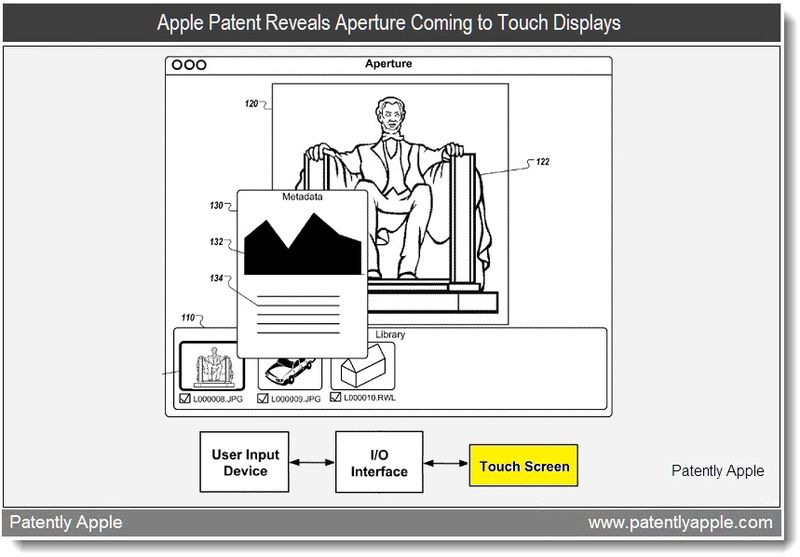 This would be a photographers dream come true wouldn’t it? Even if you prefer Adobe’s Lightroom to Apple’s Aperture, I’d love to have the iPad play a larger role in field editing for photographers. The Photos app included on the iPad isn’t exactly prime for professional work (it’s great for displaying and browsing the end result), but Aperture on the iPad would give photographers an intuitive touch interface to edit photos in a library that’s perhaps separate from Photo’s library. Patently Apple reports that Aperture could well be on its way towards touchscreen devices such as the iPad (and maybe that touchscreen iMac we’ve heard about).

It’s the latter that’s interesting in light of Apple’s latest patent revelation that Aperture is coming to touch displays including handhelds like the iPad. It may even come to future desktops and laptops that offer touch displays, according to Apple. An advanced graphics pen would be great for fast photo touch-ups and appreciated by photographers using Aperture on-the-go.

The patent covers various means of interacting with Aperture, from touch input to pen input, and the descriptions of various GUI elements that can provide authors with an easy toolset at the ready for image editing. The authors are intrigued with the idea that Apple may be moving towards various forms of alternate input, such a smart light pen, that could aid future Apple device owners in precision editing.