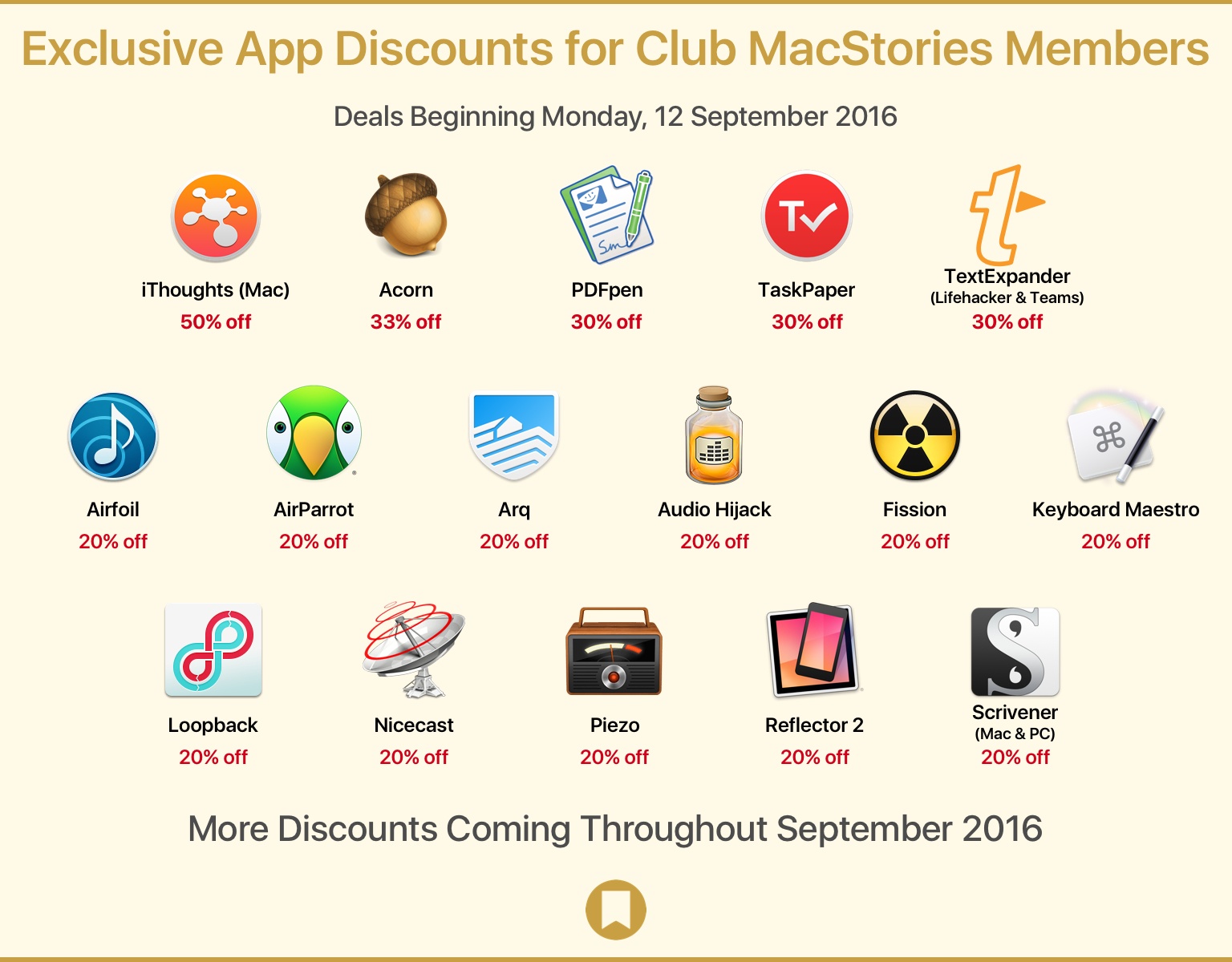 When I announced Club MacStories almost a year ago, I wrote:

But, at the same time, I’m also ready for more – something a bit more focused and dedicated to our biggest fans, built with care every week and delivered with the same passion that we put into MacStories every day. Club MacStories is a new challenge for us, but I know that I, Graham, and the rest of the MacStories team can pull it off consistently and with the quality you expect from MacStories.

If you love MacStories as much as we love making it, I hope you’ll consider becoming a Club MacStories member. This isn’t just about good feelings and supporting MacStories directly (although that’s pretty great): you’ll receive what I believe are useful and informative newsletters every week, plus a recap of everything MacStories and more every month.

A year later, I couldn’t be happier with the progress of Club MacStories and the response from Club members. In twelve months, we’ve delivered 60 newsletters (if you’re counting: 48 issues of MacStories Weekly out of 51 weeks). We’ve featured discounts, giveaways, and eBook downloads exclusive to members, and our team has grown thanks to John’s contributions to the Club.

I’m happy, signups to the Club keep growing on a weekly basis, and we continue to think about how to offer even more content for Club MacStories. I’m extremely thankful to everyone who’s considered the Club and signed up.

I don’t like dwelling on self-celebrations, but a year of weekly content in addition to the site is an important milestone for us. And so, as the anniversary date was approaching, I thought it’d be appropriate to give back to our readers, show our appreciation, and celebrate the first year of Club MacStories together.

What better way than discounts on great software, exclusively for Club MacStories members?

Starting today until the end of September, Club MacStories members will be able to access discounts on fantastic Mac apps and services we use ourselves every day.

We’ve collaborated with various developers to provide these discounts to Club members, and we think we’ve assembled a great list of discounts for what we call the “Club MacStories anniversary month”.

The initial wave of Club MacStories discounts include:

If you count them all, it’s a potential saving of over $190 for today’s discounts alone.

If you’re a Club member, you can find the discount codes and links in your Club’s profile page at club.macstories.net/anniversary under Anniversary (link). Discounts will also be included in the MacStories Weekly and Monthly Log newsletters for the entire month of September.

As you can see, we’ve tried to offer discounts on the very best apps for Mac – the ones we love and use every day. We hope you’ll like them, and we want to thank all the developers who worked with us to make them available to Club members this month.

But that’s not at all.

In addition to the first discounts posted today, we’re going to roll out a few more in the next couple of weeks until September 30. We have some really good extras lined up – the first ones will be unlocked this Friday, September 16, and will be posted on the Club webpage, as well as the newsletters.

Finally, we have some surprises in store for MacStories readers and Club members on the content side, too. I don’t want to spoil them all today, but we’ve been working hard all summer to prepare for the launch of iOS 10 and related software updates. Make sure to check the website and your Club area throughout the week – there’s a lot of content coming your way.

Once again, I hope you enjoyed the first year of Club MacStories. We work hard to make it worth your investment every week. If you’re an annual member and your first renewal is coming up, I hope you’ll consider extending your Club membership. Because the first year might have been good – but I want Year Two to be even better.