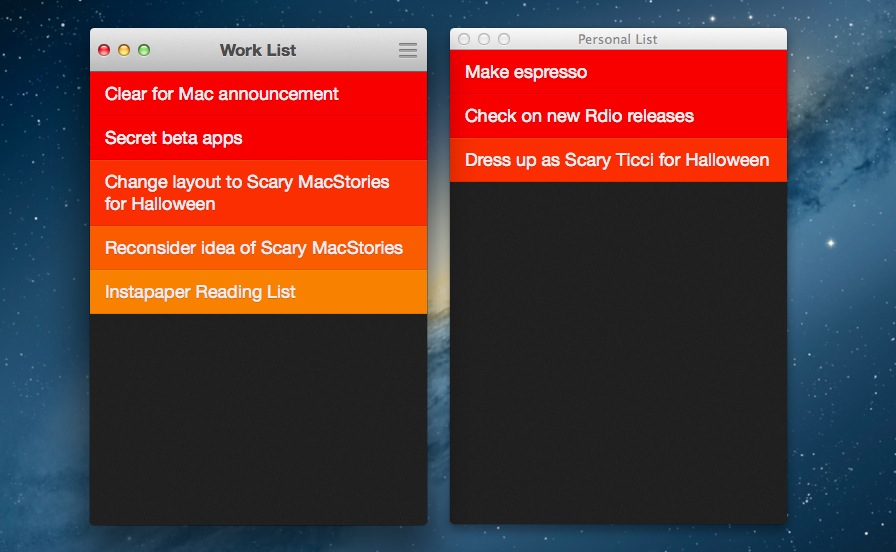 Todo app Clear, developed by Impending, Helftone, and Realmac Software, has been one of the most successful and discussed iOS releases of the year. With a simple and clever user interface design, Impending and Realmac made Clear distinctive in its looks and purpose: it’s a todo app, without the fiddling required to get a personalized setup and workflow in most todo apps. With its focus on simplicty, gestures, and delightful interaction, Clear was refreshingly honest.

In our original review, Cody mentioned how Clear, unlike other apps, took a different approach in regards to displaying tasks and navigation:

I mention color and sound as a replacement for time and due dates because there’s a distinct tradeoff in emotional impact. Setting duration and due dates can bring about feelings of anxiety. What I think Clear tries to do is reward its users for recognizing the need to successfully complete tasks. Colors play a distinct role in being both fun and tailored to the user’s personality (there are multiple themes to choose from). Sounds are rewarding and deliver a pleasant symphony of chimes when completing tasks. The combination of the two in addition to gestures make Clear engaging to use and solidifies the experience.

Today, Realmac and Impending are announcing Clear for Mac, an obvious next step for the app. While the new version isn’t available today, I’ve been able to test a beta of the app, and I can confirm that the essence of Clear’s experience has been ported to the Mac without making it feel extraneous to OS X. I’ll elaborate further on this thought in my future review. 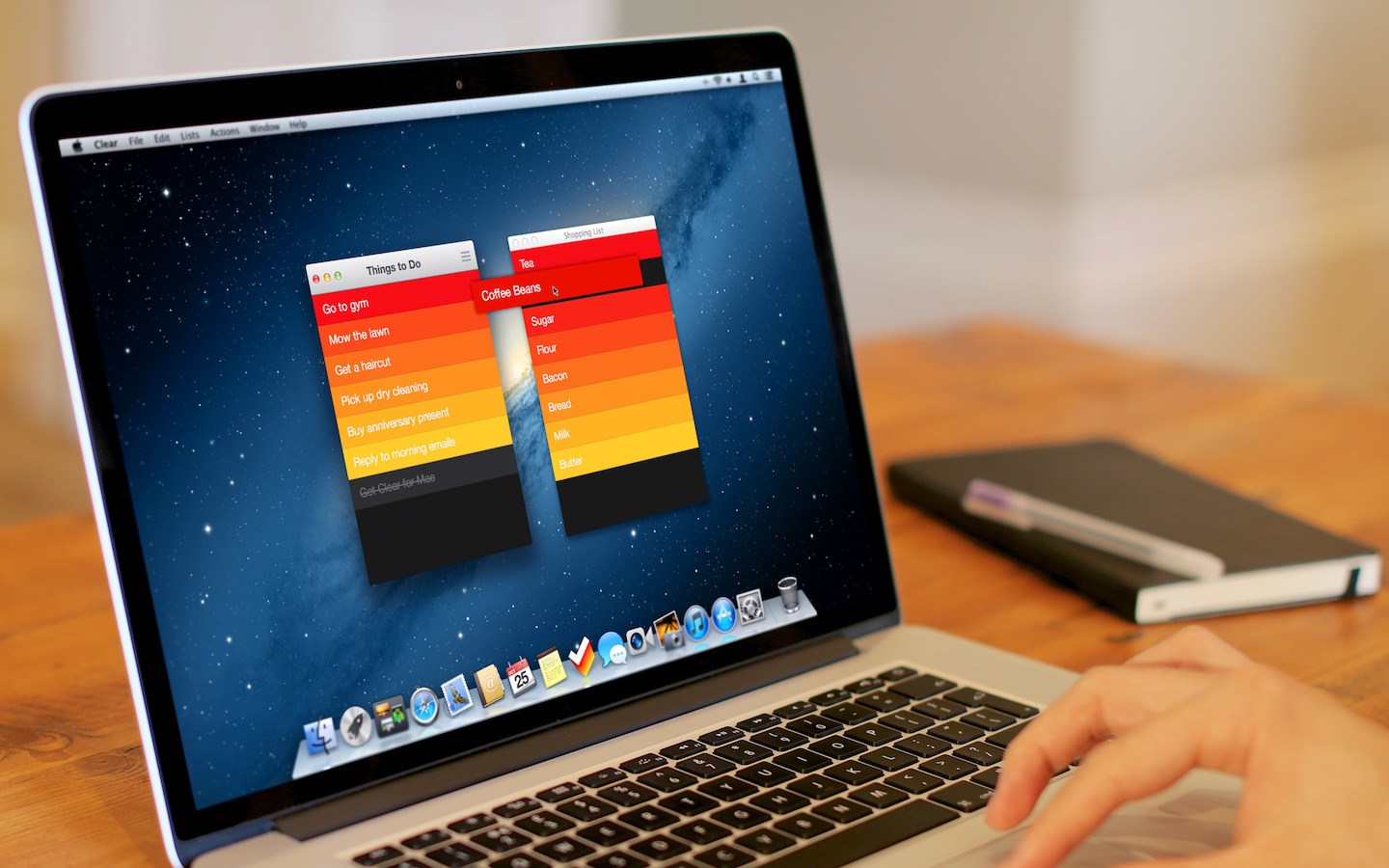 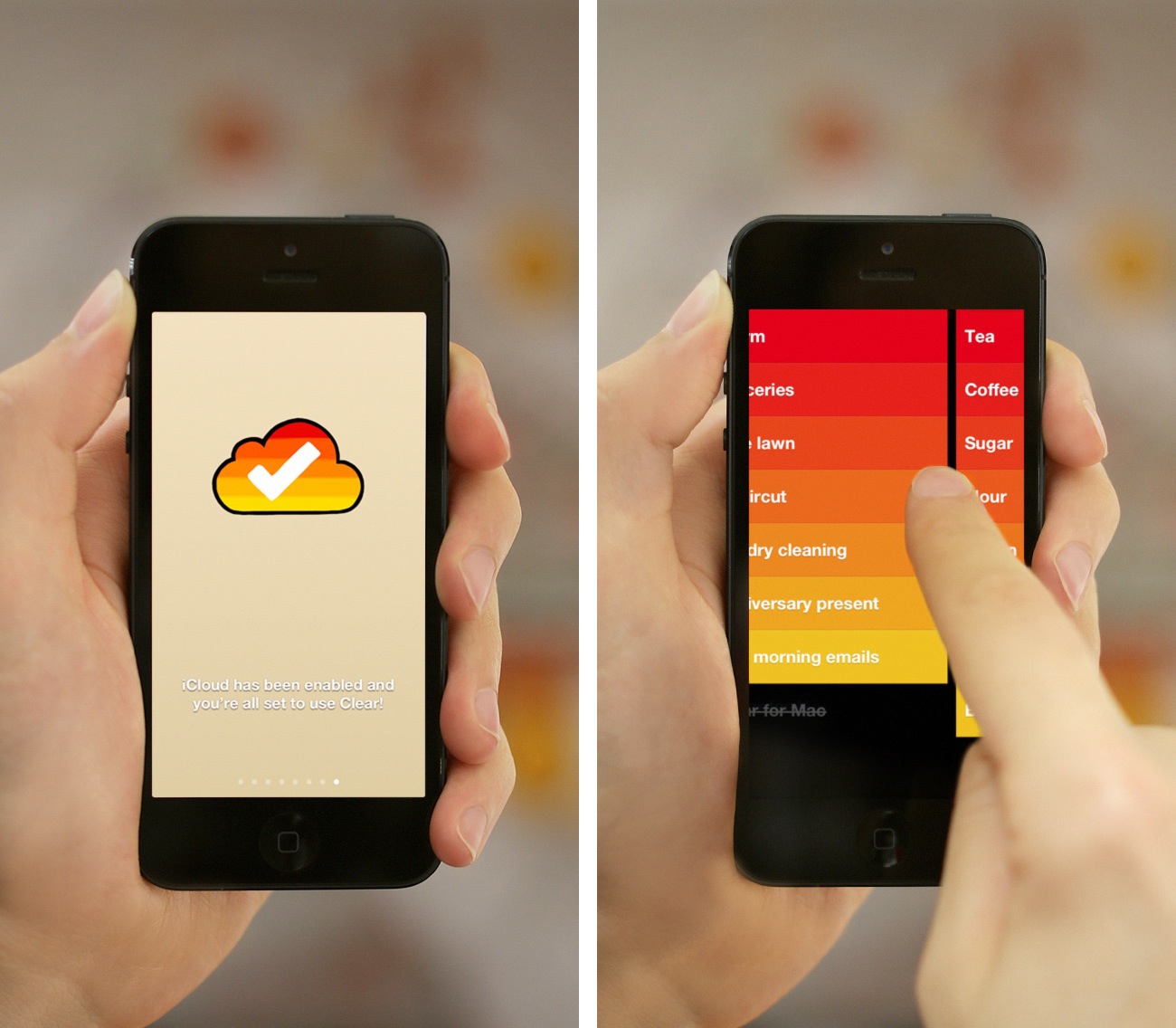 There’s some new stuff, too. There’s iCloud sync, for instance, which will make Clear Mountain Lion-only. iCloud sync will require the 1.2 version of Clear for iPhone, which isn’t out yet and will require iOS 6. For the Mac version, Realmac and Impending also worked on features that leverage the OS X platform, such as keyboard shortcuts; on the other hand, Clear for iPhone 1.2 is gaining a new gesture to quickly move between lists, and a new way to paste items from other apps into a list.

Overall, Clear feels at home as a Mac app, but I’ll save my thoughts for a proper review next week.

Clear for Mac will launch at $14.99 on November 8th alongside Clear for iPhone 1.2. Check out the official promo video after the break.