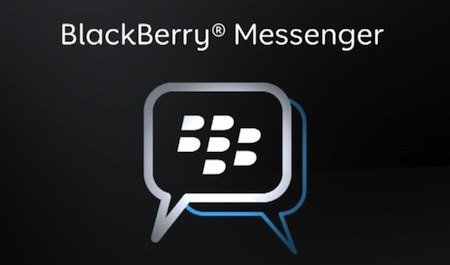 BGR reports sources close to RIM have told them the company is working on a port of the popular BlackBerry Messenger communication service for Android and iOS devices. While the Android version seems to be coming soon, not so many details have been provided regarding BBM for iOS –no release date or whether the app could be available only for iPhone owners.

Boy Genius Report, however, says RIM has been looking for a way to extend its platform’s capabilities to other mobile operating systems, which have seen the rise of similar services like WhatsApp and Kik recently. BlackBerry Messenger for non-BlackBerry devices might be a stripped down version of the original software with only a few features such as contacts lists and chat. Location, photo and video sharing might remain exclusive to BlackBerry owners as an advantage over iOS and Android counterparts.

Right now, we have heard that Android is definitely a go. But again, we’re not sure on timing, though our sources are confident that it will launch some time this year. RIM chose Android first because of the fact that it could develop and integrate something like this much easier with an open platform, but the plan is to build and deploy an iOS version at some point as well.

There is no secret the App Store is full of applications that allow users to communicate and share media in real time, for free. If BlackBerry is really planning on bringing its vision to other platforms and, perhaps, tablets, then we’re definitely looking forward to that. Maybe in the future iPad 2 owners will be able to communicate with PlayBook users. [via BGR]