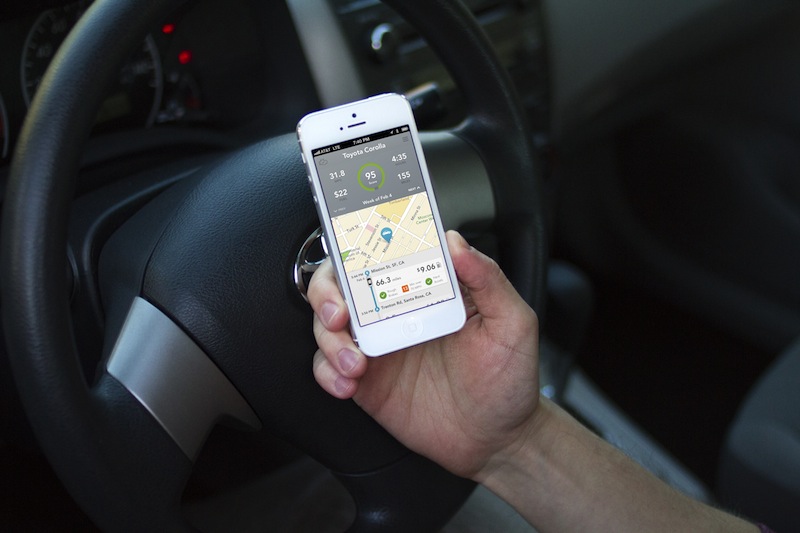 Announced today, Automatic aims at making cars more “smart” and “connected” by leveraging an iPhone’s Bluetooth connection and your car’s onboard computer. The Verge has a good overview of the announcement.

Automatic works by using a car’s OBD data port – the on-board diagnostics tool that stores a vehicle’s information such as fuel/mileage and engine status, as well as generic and specific error codes. OBD became a standard in the late ’80s, but Automatic says its hardware accessory will only work with cars produced after 1996, meaning it’ll use the OBD-II standard; OBD-II requires the data connector to be within 2 feet of the steering wheel or within reach of the driver. Indeed, Automatic shows photos and videos of its Automatic Link Bluetooth-enabled dongle being connected into an OBD-II port under the car’s steering wheel. According to The Verge, Automatic has already tested its product with “200 model/year combinations” to ensure the OBD-based connection would always work with the Link and iPhone app. 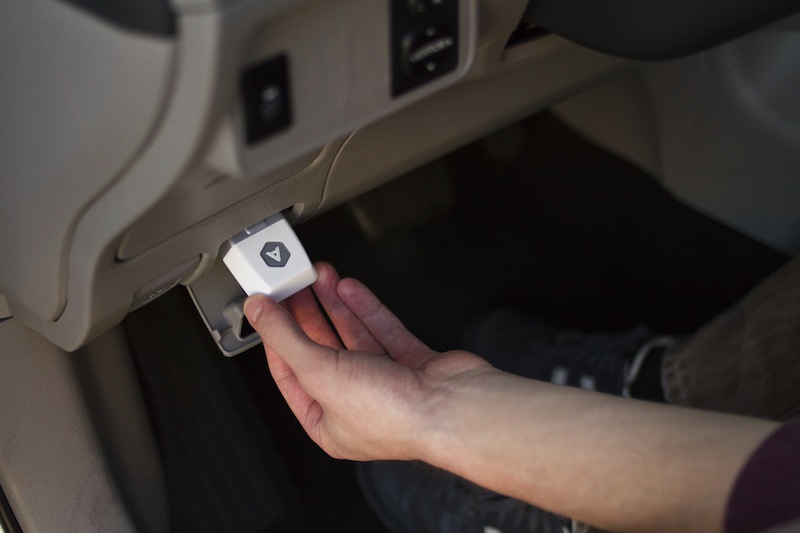 Automatic will, essentially, use OBD data (which is typically accessed by mechanics when diagnosing engine faults or other problems) to monitor your car’s status and give you that information either on the iPhone’s screen or through audio notifications from a speaker on the Link. Automatic wants to primarily enable you to save gas by giving you suggestions and rating your driving style to drive more efficiently.

Automatic is playing off a Department of Energy report which found that avoiding hard stops, fast starts, and speeding can increase gas mileage by up to 33 percent. To drive you towards a higher fuel economy, Automatic monitors for those three behaviors and gives you a running tally of how well you’re doing based on the previous week of driving.

By collecting this data and detecting sudden breaks or accelerations (with a built-in accelerometer), Automatic will then display “scores”, mileage, and gas prices for your area in a “trip timeline” with a summary of your most recent driving sessions. Ultimately, Automatic says it’ll help you save money on gas by collecting and presenting data in a clean mobile interface; the concept isn’t too dissimilar from the Nest learning thermostat, but Automatic won’t be able to plug into your car’s engine directly – you’ll have to follow the software’s tips and change your habits, which is a big difference.

Because it runs on a phone, Automatic can leverage a device’s data connection and location services to do other things. For instance, Automatic can call 911 (or other local authorities) in case of crash, also offering to send a text to selected friends of family members (by pinging Automatic’s servers first); with GPS, the app can save your car’s location to remind you where you’ve parked your car or make car sharing simpler by letting friends know where they can find your car. 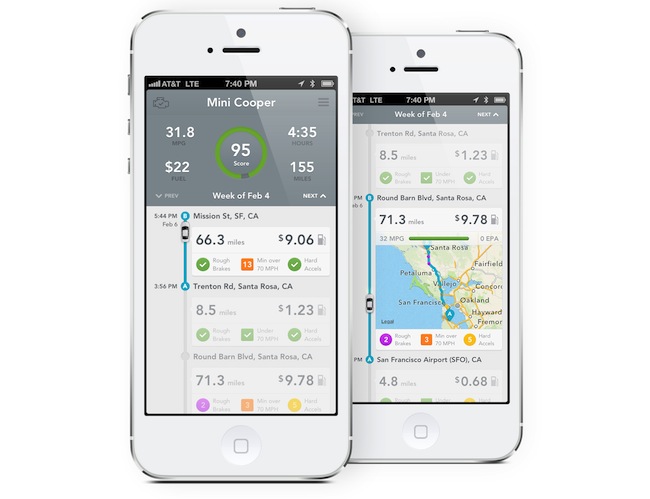 Automatic looks good and is promising, but I have many doubts about the device’s availability and features. Firstly, while Automatic says the device will check engine trouble codes to display more information about possible engine faults and errors, it’s unclear whether Automatic will be limited to standard OBD-II Parameter IDs or if the company will also get access to non-standard PIDs. Unfortunately, the majority of modern cars sold today adopt only a few standard PIDs (defined by a SAE standard), with manufacturers increasingly relying on non-standard PIDs. Sometimes, it’s possible to gain partial access to a list of a non-standard PIDs by paying a membership, but the overall landscape of PIDs is utterly confusing and different for each car manufacturer. Will Automatic be able to pull up useful engine information (as their screenshots seem to suggest), or will it also manage to access detailed status codes?

More importantly, Automatic will only work in the U.S. for now, but the company says they’d love to expand to other countries. In Europe, for instance, the standard isn’t OBD or OBD-II, but EOBD – the equivalent of OBD-II for European cars since 2001 or 2004 (depending on type of engine).

Last, there’s something to be said about competing and existing products offering the same feature set of Automatic. OBD-II adapters for Bluetooth or other wired devices have been available on the Internet for years, and tools like Garmin Mechanic and Torque have long enabled users to get access to engine data from their smartphones.

Automatic‘s main strength seems to be its clean, intuitive interface made specifically for the iPhone and iOS’ unique capabilities. Like Nest didn’t invent thermostats, Automatic has a chance to make engine-checking and fuel reports simpler and easier to use with a mobile-first approach: Bluetooth Low Energy, location services, maps, and notifications can be important differentiators to make an OBD-II data reporting tool something “for everyone” rather than “for advanced users”.

Automatic can be pre-ordered today at $69.95, and it will being shipping in May for iPhone 4S and iPhone 5.