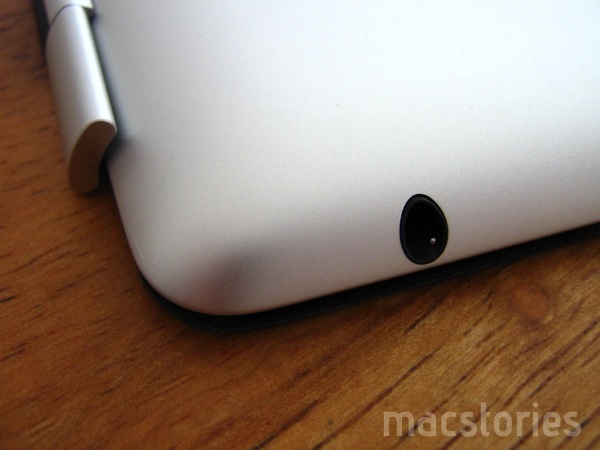 An Apple patent published in September 2010 revealed the company was working on a new headphone jack design that would allow to place significantly smaller headphone jacks in future iPhones and iPods. According to Kevin Fox at Fury.com, Apple might have implemented the new design in the iPad 2, which features a headphone jack to fit the iPad’s smaller form factor and it’s set “in to a steep curve”.

The original iPhone also placed the headphone jack on a curved exterior surface, but did so by insetting it, with the disastrous side-effect that only headphone plugs that strictly adhered to the spec would fit deep enough into the recessed space to complete the connection.

This time however it looks like there’s no recession at all. In fact, the opposite seems to be true: A plug fully inserted into the jack will have a surprisingly large portion of its ground ring (the outermost metal band) exposed to the elements. 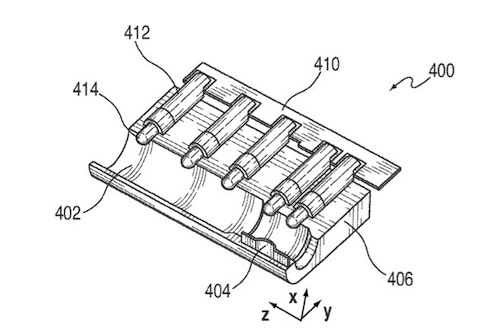 The patent uncovered by AppleInsider in September mentioned a system based on “pogo pins” that, with a retractable portion, would extend to create contact with the audio plug inserted. With these pins, Apple aims at saving space in a device’s internal structure, as opposite to the previous “cantilever beam” technology that took a large amount of space to connect to the audio plug.

Apple isn’t giving out details of the headphone jack that went into the iPad 2. Here’s the old connector from the iPad 1: 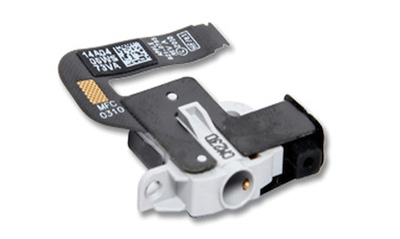 The new headphone jack on the iPad 2 clearly has a different design to fit the tapered edges of the device, but information about the “pogo pins” technology hasn’t been provided by Apple.