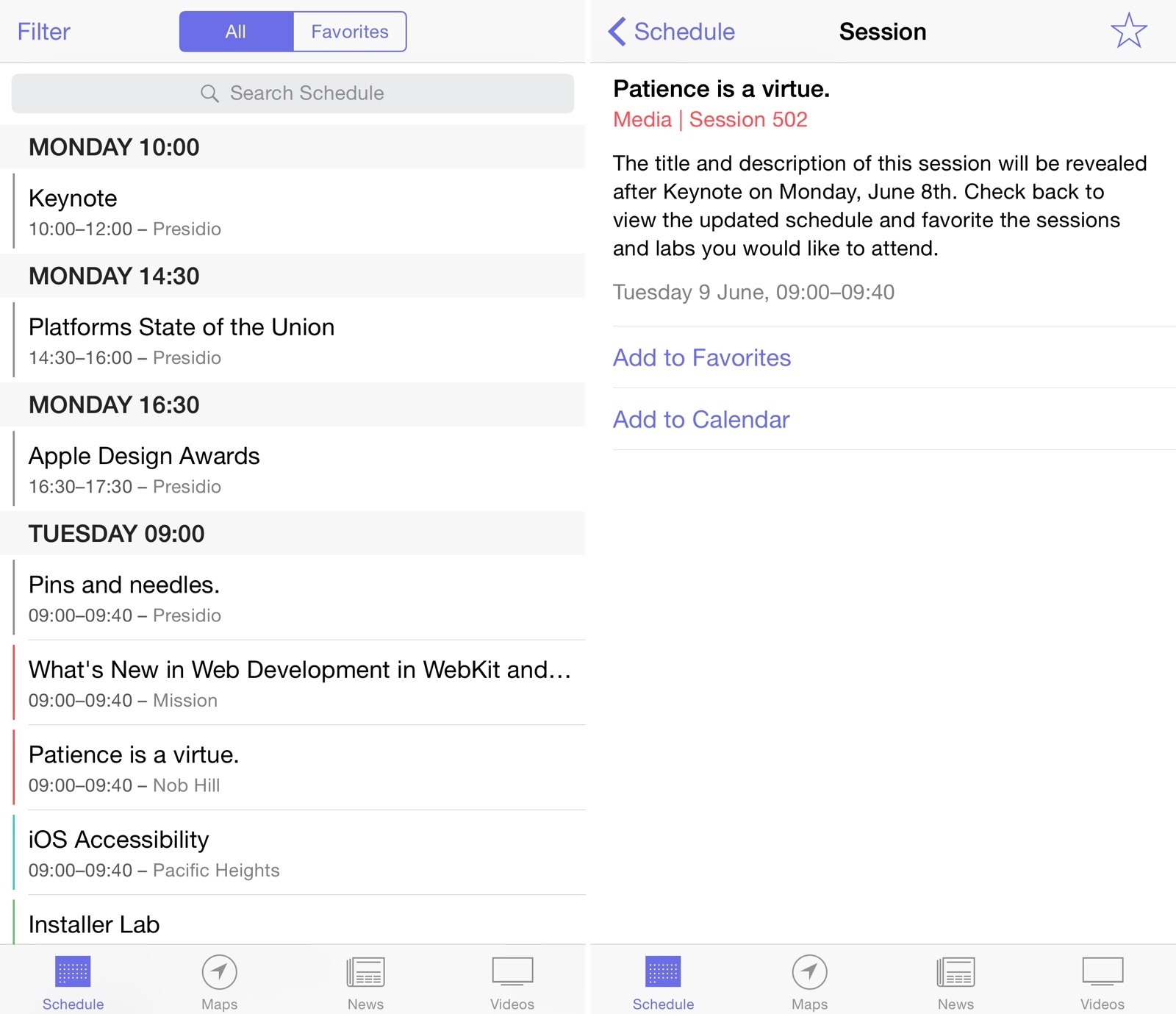 With an update released today on the App Store, Apple has refreshed its WWDC app for iOS with the schedule for the upcoming WWDC 2015, improved audio playback, and an Apple Watch version.

The app (now at version 3.0 and sporting a purple icon), includes a preliminary list of scheduled events and sessions such as the opening keynote on Monday, June 8, at 10 AM and the Apple Design Awards, which this year will celebrate the excellence in Apple Watch apps in addition to iOS and Mac software. 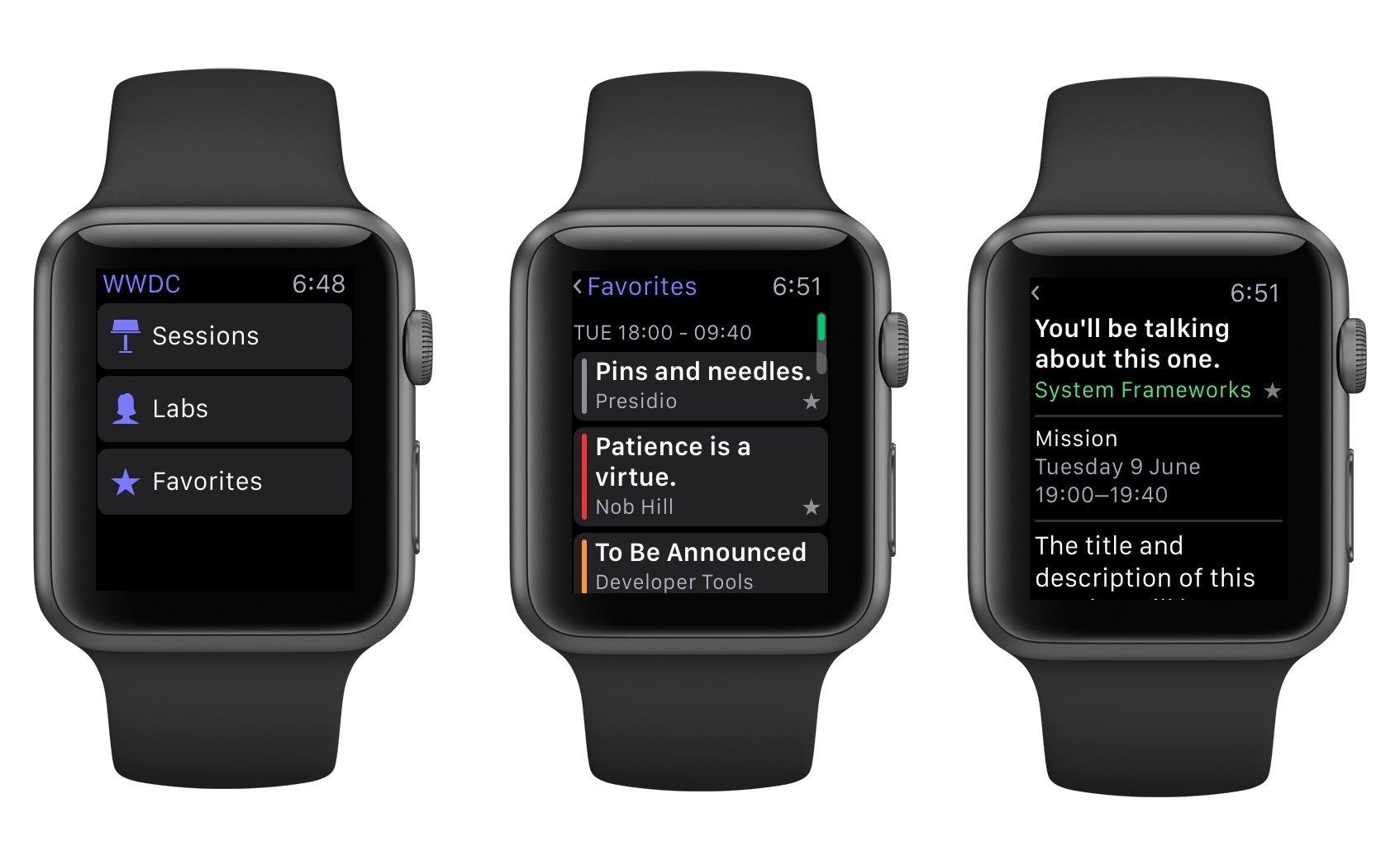 On Apple Watch, the WWDC app will let you browse sessions, labs, and favorites, with the ability to view events and access information right from your wrist.

The updated WWDC app is available on the App Store. WWDC 2015 is kicking off on June 8 and runs through June 12; as usual, Apple is expected to unveil the next major versions of iOS and OS X at its annual developers conference.