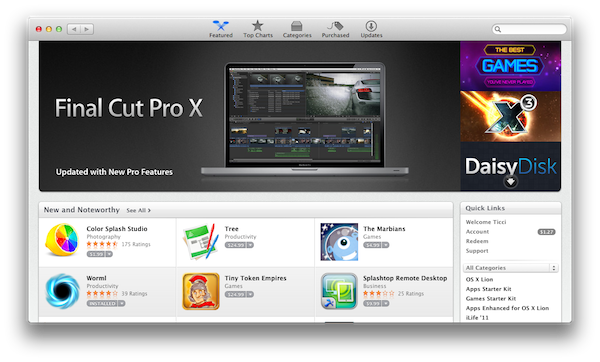 According to a report by ZDNet’s Jason O’Grady, Apple has informed educational resellers and customers of academic institutions that they will no longer receive boxed copies of Apple software like Snow Leopard, iLife, and iWork. With the exception of Snow Leopard, required to upgrade to OS X Lion and still available on Apple’s website, all the apps mentioned in the letter have been released on the Mac App Store, including Apple Remote Desktop and Aperture, the latter with a heavily discounted price compared to its physical counterpart.

Apple confirmed today that, with limited exception, they will cease to ship boxed software to campus resellers. This includes Mac OS X Snow Leopard , iLife, iWork, Apple Remote Desktop, and Aperture, among others.

The only products that will remain as boxed software offerings are Logic Express and Logic Studio.

The obvious move towards digital downloads falls in line with Apple’s recent Mac App Store-only strategy: the discontinuation of MobileMe boxes and less space for boxed software in Apple retail stores; the popularity of the Mac App Store as a digital distribution platform; the release of new major upgrades (Lion, Final Cut Pro X) exclusively on the Mac App Store. Clearly, Apple is putting all the pieces together to eliminate boxed software completely from its future offerings. There are a few exceptions of course – Apple had to release a physical copy of Lion for users unable to download the 4 GB installer, and recently made the old Final Cut Studio (boxed copy) available again through tele-sales. But as this “last call” to educational resellers confirms, Apple’s future software distribution won’t include boxed copies, not even for academic institutions.