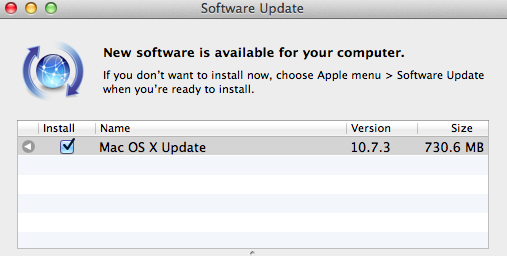 A few minutes ago Apple released an update to OS X Lion, which reaches version 10.7.3 and brings a number of bug fixes and improvements. This new version of Lion includes “general operating system fixes” and support for more languages; 10.7.3 also addresses compatibility issues with Windows file sharing and directory services.

The 10.7.3 update is recommended for all OS X Lion users and includes general operating system fixes that improve the stability, compatibility, and security of your Mac including fixes that:

Extended release notes from Apple’s website note that Safari 5.1.3 is included with the update and mention more fixes in detail: