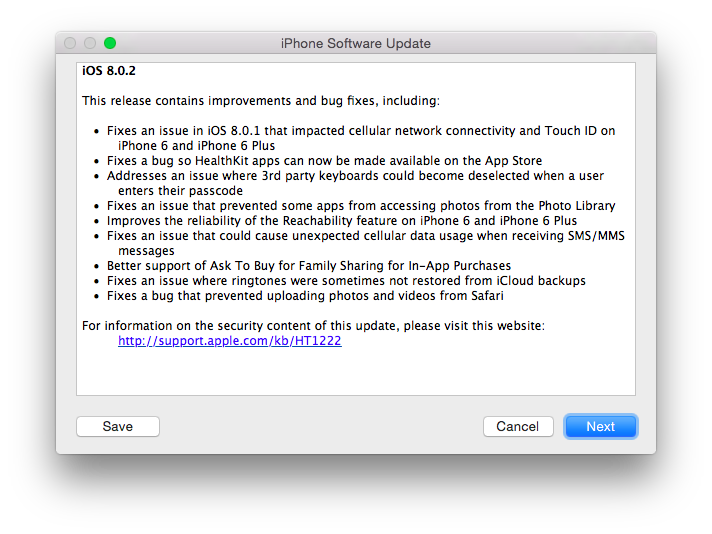 A day after releasing and then pulling iOS 8.0.1 due to bugs that caused cellular connections and Touch ID to not work on the iPhone 6 and iPhone 6 Plus, Apple has just released iOS 8.0.2. The new version carries the same bug fixes of Wednesday’s update and fixes the bugs that had been introduced by iOS 8.0.1.

iOS 8.0.2 fixes a number of bugs including an issue that prevented HealthKit apps from working correctly and a problem that caused custom keyboards to become deselected after entering a passcode. It also improves Reachability on the new iPhone 6, fixes a bug that disabled file uploads in Safari, and brings better support for the Ask to Buy feature in Family Sharing.

iOS 8.0.2 can be downloaded now from iTunes or software update on an iOS device.