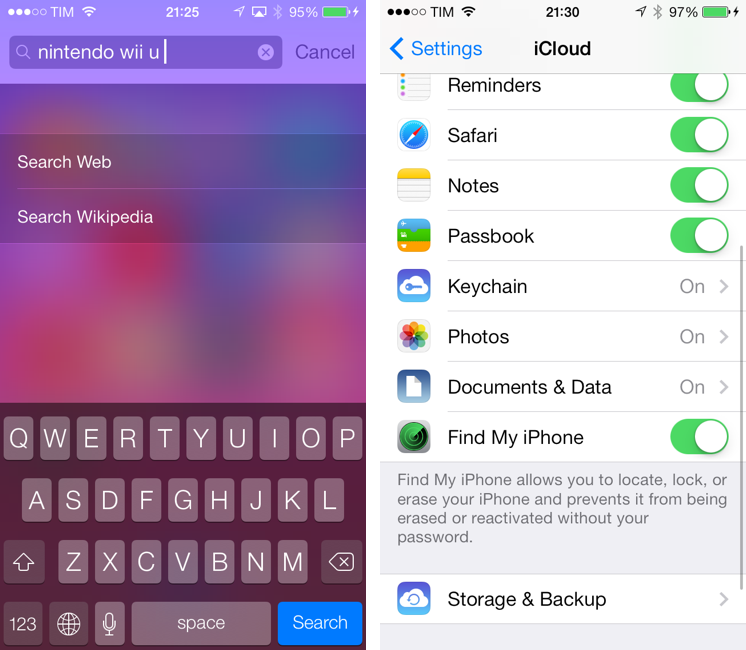 Apple has today released iOS 7.0.3, bringing several bug fixes and enhancements as well as some new and tweaked features to the OS that was released last month.

On the feature side, iOS 7.0.3 introduces support for iCloud Keychain, which allows you to keep Safari passwords and credit card information in sync across your iPhone, iPad, and Mac running the just-released OS X Mavericks. Once enabled, iCloud Keychain will be available in Settings > iCloud, encrypting information as you use Safari.

Second, iOS 7.0.3 brings back the ability to search Google and Wikipedia from Spotlight. The feature had been removed from the first release of iOS 7, but it’s now back in the new Spotlight, which is always available in any Home screen page just by swiping down.

iOS 7 was criticized by early adopters for the slowness and amount of animations and transitions throughout the OS. A subset of users asked Apple to reduce the motion of the OS as it was causing motion sickness for them; a setting that the company had included in the Settings app wasn’t enough, as it disabled the parallax effect of iOS, but not the new animations.

Apple has listened, and in iOS 7.0.3 the Reduce Motion setting (available in General > Accessibility) now truly reduces animations: switching to apps and back to Home screen, unlocking the device, and moving between folders is now a cross-fade that is much faster than Apple’s animations with Reduce Motion turned off.

iOS 7.0.3 is available through Software Update and iTunes, where you’ll also be able to read a full changelog.