Apple today released iOS 5, a major update for the iPhone, iPad and iPod touch that adds over 200 new user features including Notification Center, iMessage, iCloud support and PC Free. iOS 5 is now available for download in iTunes; to install the new software on your iOS device, connect it to iTunes via USB and “Check for Updates” in the device’s info screen.

Originally previewed and seeded to developers at WWDC in June, iOS 5 is a major update that enables developers to implement thousands of new APIs to take advantage of Apple’s latest technologies in their apps. Apple has already started approving third-party apps built for iOS 5, with several of them available in the App Store today. iOS 5 introduces new functionalities like Notification Center, a new systemwide interface for keeping track of missed notifications; iMessage, a free text messaging solution for iOS 5 users; Twitter integration built into Safari, Photos, YouTube and Maps; iCloud, a new cloud service that automatically stores your content and wirelessly pushes it to all your devices, including Macs and PCs. iCloud, expected to roll out today as well, will allow users to keep their contacts, calendars, bookmarks, mail, notes and more in sync across multiple devices; the service is integrated into iOS apps and comes with a web counterpart available at iCloud.com.

Other features of iOS 5 include Mail and Safari improvements, a new camera button in the Lock Screen, AirPlay Mirroring to an Apple TV and a systemwide split keyboard to make it easier to type on the iPad.

For a complete overview of the new features of iOS 5, iCloud and editorial pieces on today’s software updates, visit this page on MacStories. 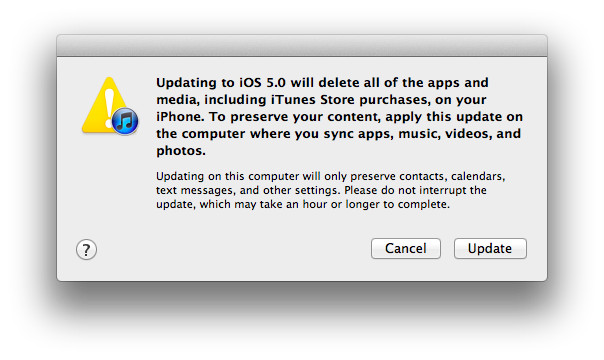 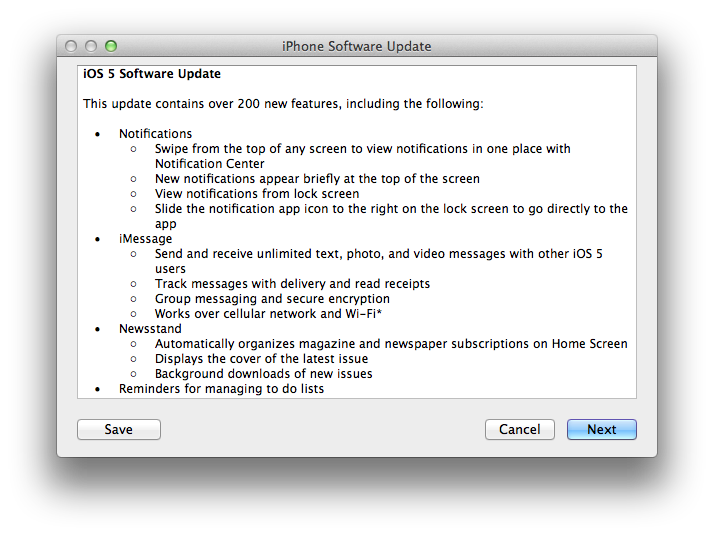