Apple just released iOS 4.3.2. It’s available now in iTunes if you check for updates, and direct links to the downloads will be available shortly.

As previously reported, iOS 4.3.2 fixes issues with FaceTime calls (freezing or displaying random photos from the camera roll), and problems with iPad WiFi + 3G connectivity. Build number is 8H7 for most devices; the CDMA iPad 2 got build number 8H8.

Screenshot of the changelog after the break. 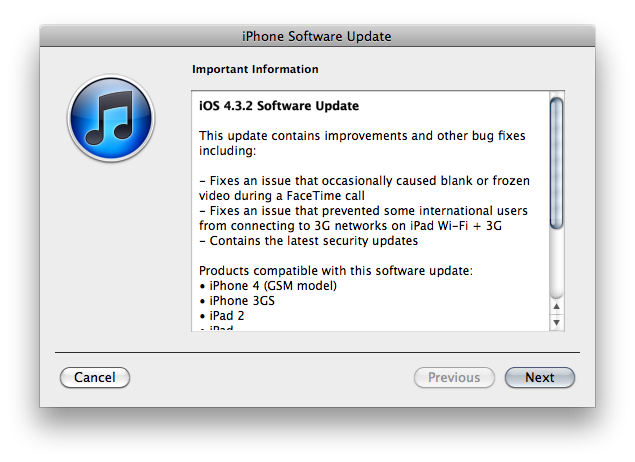