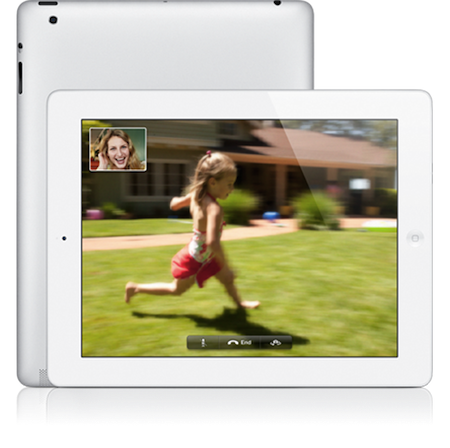 AppleInsider points to an issue with the FaceTime app on the iPad 2 that happened to me last night: after a video call with a friend, I came back to the app and found that the image on screen was completely frozen. FaceTime was displaying a static image of the front-facing camera when I hung up the call, and starting a new one wasn’t fixing the problem. I tried to quit and re-open the FaceTime app, but the frozen image was still there. So I restarted my device, and FaceTime correctly captured video from the front-facing camera again.

It happens quite frequently,” user “leov36” wrote of the issue. “Restarting the ipad fixes the problem, BUT, it happens again with in the next two to three times i go to use it.

When I opened up FaceTime the first time, the camera was working fine, but now whenever I open it up, it just shows a still image from when I left,” user “CRK The Man” wrote. “How can I fix it?

It appears that this issue is very common among early iPad 2 adopters, and a user on Apple Discussions also claims a Verizon Store manager told him several demo units displayed the freezing FaceTime image inside the store. It seems that for now the only solution is rebooting the iPad 2, but I don’t think (unlike several users have reported on Apple Discussions) that restoring the device is necessary.

The issue will likely be fixed in the upcoming iOS 4.3.1 upgrade, but if you’re experiencing it right now all you can do is shut down the iPad and restart it.